After staying open just to bring one girl to school, this train station is finally closing 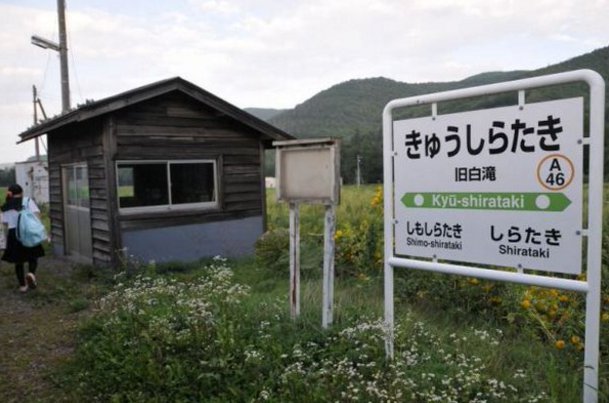 Last year the Kyu-shirataki Station in Japan made global headlines for staying open to bring one girl to school, but now that she’s graduating, it’s closing time.

Three train stations, Kami-shirataki, Kyu-shirataki, and Shimo-shirataki--part of the “Shirataki Series” of stations--were set to close last year because of passenger infrequency. However, the Kyu-shirataki station had one very important regular passenger, Kana Harada. She used the train to commute to school. When the station company got wind of this, they agreed to keep the station and line open until she graduated.

Last year, the train stations were low on people’s radars, until the story about Kyu-shirataki and Kana made broke international news in January. The headlines attracted enthusiasts with cameras and soon the media flooded the station, ready to capture the interesting story about a schoolgirl and her little train station.

Transportation grants access to opportunity. If young Kana did not have the trainline, she would have had to endure a 73-minute walk to catch an express train from the neighbouring train line to travel to school.

Even with the train to her town it was still a difficult commute. There were only 4 trains coming and leaving from Kyu-shirataki, and only 2 trains that fit with her school schedule so Kana’s life was controlled by the trains’ arrival and departure times. She wasn’t able to stay after school or participate in extracurricular activities. Sometimes she needed to run out of school just to catch the last train.

It was not the most favorable commute, but the local train station was the most accessible means of transportation for Kana. It was Kana’s connection to something so important in her life--her education.

It’s finally March and Kana just graduated. The rail company stayed true to their word, staying open until Kana finished. Now that she is done with school, the train will close.

After 69 years of service, the last train ever passed through Kyu-shirataki station. Although momentous, there was no major paparazzi. There was a crowd of local residents and some from the media joined in to document the event, but it was nothing like the media coverage flooding the platform just months prior.

The station, a worn-out wooden shed with a single bench, is not  the most glamourous, still a simple ceremony was held to pay respects. A bouquet of flowers was offered and a paper banner read, “Kyu-shirataki Station, 69 Years, Thank You!”

The Kyu-shirataki station meant something to everyone at the ceremony, not just Kana-the girl from the headlines. The fond memories may be all that is left for local residents, but there is hope for future innovations in transportation, as it’s important to provide connection and opportunity so individuals can thrive.

One station out of the “Shirataki-series” will remain open, Shirataki Station. It is the area’s most popular station with 11 trains each day and serves as a key hub connecting the region.

When the Japanese railway company remained open for this one schoolgirl, they proved the power of connecting people - and particularly the importance of education. The company’s decision is a powerful statement about the commitment the community has to empowering its next generation of thinkers and leaders.