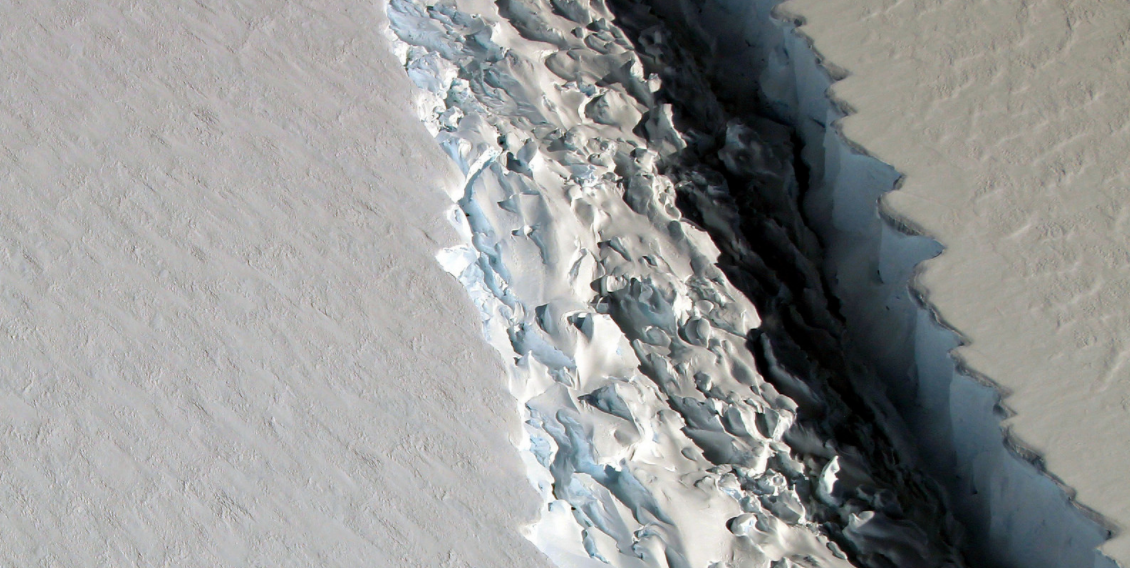 On July 12, an iceberg the size of Delaware weighing more than a trillion tons broke away from Antarctica’s Larsen C ice shelf and into the Weddell Sea — and nobody was around to hear it.

Now, over the next two weeks in Chicago, a public art installation, called “White Wanderer,” will simulate what that colossal sound might have been like.

MacAyeal records seismographic data of glaciers to understand the way ice flows and responds to climate change. He does this by leaving seismometers, instruments that measure the motion of the ground, on selected areas of ice for a year, returning the next research season to analyze the data.

The artists, whose work is supported by the Natural Resources Defense Council, will use MacAyeal’s seismic recordings of the B15 glacier that broke off in 2000, an Antarctic glacier similar to the A68 glacier that broke off this July. After speeding up the seismic signals, Bachmaier and Gallero made them audible for the human ear and condensed them into a haunting seven-minute looped track.

The sound is played from four speakers set up in downtown Chicago, where around 30,000 people pass through each day.

One passerby, Devi Lockwood, a cyclist touring the world to record 1,001 stories on water and climate change, described the sound as “real and jarring.”

“Some parts are loud, others whir and buzz at levels that are almost inaudible,” she wrote in a statement. “At its loudest and highest pitch, more people glance up.”

The artists say they’re “creating a climate change soundtrack” to “deepen public understanding of the connection between climate change and sea level rise.”

The A68’s break caused alarm for many scientists, who fear that the structural integrity of Larsen C could be at risk.

Were the Larsen C to collapse in the years ahead, sea levels would rise substantially, according to the Midas Project, which studies the region. Such an incident could trigger further ice collapses throughout the Antarctic.

“There is enough ice in Antarctica that if it all melted, or even just flowed into the ocean, sea levels [would] rise by 60 metres,” Martin Siegert, professor of geosciences at Imperial College London, told The Guardian.

Global Citizen campaigns to achieve the Global Goals, including goal 13: climate action. You can join us by taking action here.