By Marnie Cunningham  and  Kim Nguyen

The disease is affecting Indigenous Australians 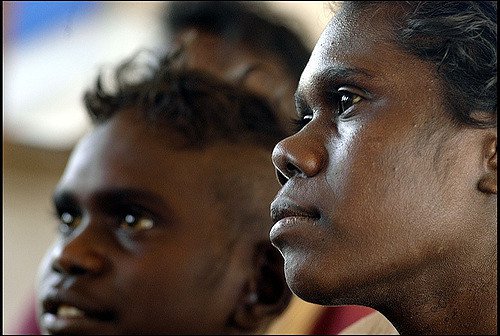 By Marnie Cunningham  and  Kim Nguyen

In the sunny, top end of Australia, remote Indigenous communities continue to be afflicted by a severe and highly contagious skin disease known as Crusted Scabies.

Crusted Scabies is caused by a tiny mite that burrows under the skin and can lead to chronic diseases such as kidney failure and rheumatic heart fever and can cause premature death.

Although it is deemed a rare disease in developed countries because it is preventable, it actually affects 1/349 Indigenous Australians.

If this gets under your skin, then please donate.
Visit http://t.co/9931OPN6TL to find out more. #inkforgoodpic.twitter.com/tsLu9PO5BC

Read more: More Than Half of Children’s Deaths Under 5 Are Preventable — Here’s How

When left untreated, 50% of people with this disease could die within 5 years. It can be disfiguring and have an impact on personal relationships, education, and employment opportunities.

One Disease is an Australian not-for-profit organisation that aims to systematically target and eliminate Crusted Scabies from the Northern Territory by 2019 and from Australia, overall by 2022.

One Disease works in partnership with Indigenous Australians, Torres Strait Islanders and local health clinics to implement the “Healthy Skin Program” in the Northern Territory.

“The program has expanded from 40 health services partnering with One Disease to 98 health services in less than 12 months, servicing an Indigenous population of 37, 714,” Bray said.

Read more: Tuberculosis Will Cost the World $1 Trillion by 2030 — Unless Countries Take Action

“It is a model that works with Indigenous Australians, putting Indigenous health in Indigenous Hands.”

One Disease recognises that by addressing Crusted Scabies, this will not only eliminate a serious preventable disease but it can have flow-on effects. This will  prevent other diseases from occurring and therefore contribute to “Closing the Gap” in Indigenous Health, they said.

“Improved health outcomes are a starting point for better education and employment outcomes, which in turn will close the gap between Indigenous and non-Indigenous Australians,” said Bray.

The mortality rates for Aboriginal and Torres Strait Islander people is on par with some of the world’s most impoverished nations, according to a United Nations report.

“People can only thrive when they are healthy. Ultimately, our work is about equity, achievement and independence of all Australians,” Bray said.

Global Citizen campaigns on health, as we know it is key to ending poverty. You can learn more about these issues and take action here.