Meet the Man Behind These Ingenious Halloween Costumes for Wheelchairs

Halloween is a big day for kids across the US, but for these kids, it can be life-changing. 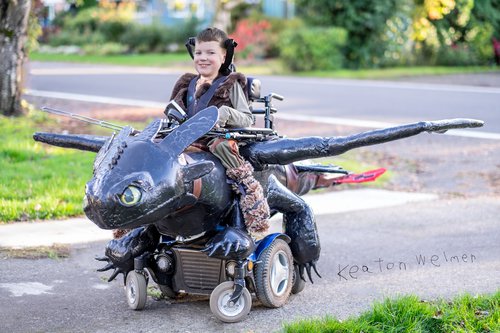 Ryan Weimer is a nurse by trade, but today — Halloween — he’s a costume designer. Weimer is the founder of Magic Wheelchair, a non-profit that builds costumes for children in wheelchairs.

“It’s a lot of engineering, a lot of work, a lot of gluing and cutting foam,” he told Global Citizen from his studio in Oregon, where he was working on a Star Wars AT-AT (All Terrain Armored Transport) costume. “The thing with all of our costumes is that there are no plans out there.”

Weimer started out creating Halloween costumes without a blueprint. Weimer’s son, Keaton, has spinal muscular atrophy (SPA), a hereditary spinal disease that left him in a wheelchair.

When Keaton was 3 years old, he wanted to be a pirate for Halloween. So, Weimer went the extra mile: he built a pirate ship.

“I looked at a chair and thought ‘Crap, we could build a pirate ship with his wheelchair,’” he said. 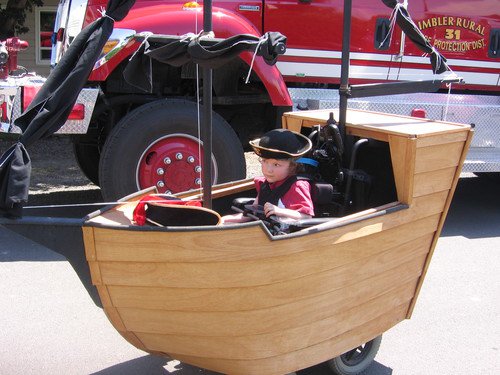 While Weimer began creating costumes for his own children, he soon recognized the profound effect it could have on others.

“It really changed the way that people perceived my son,” he said. “They didn’t see the disability first. That to me was a beautiful experience that I wanted other families to have.”

'They didn’t see the disability first. That to me was a beautiful experience.'

The US Census Bureau estimated that across the United States, about 121,000 children under the age of 16 were in a wheelchair, or about 0.2% of the child population. Disabilities that can affect mobility (to varying degrees) include SPA, cerebral palsy, spina bifida, and spastic diplegia.

In 2010, about 5% of American schoolchildren experienced some form of mental or physical disability. About 15% of the world’s population experiences some form of disability, and the American Wheelchair Association estimates that more than 100 million people who need a wheelchair globally do not have access to one.

Read more: Beyoncé’s Most Recent Fashion Campaign Features Model in a Wheelchair — And It Is Flawless

Weimer’s non-profit is small, but he already has assembled teams of volunteers in across the United States, as well as in Chile and Canada.

As interest in Weimer’s project has grown (the organization grew from six teams last year to 20 this year), the costumes have become more elaborate. One of the most difficult was Toothless from How To Train Your Dragon (pictured above).

But the goal remains the same. “The inspiration behind Magic Wheelchair is allowing these kids to be included,” Weimer said. When children in wheelchairs put on their costumes, “There’s no hesitation by people to come up and talk to them, especially little kids.”

For Weimer, “That’s a beautiful thing.”

Here are some of Magic Wheelchair's other creations: 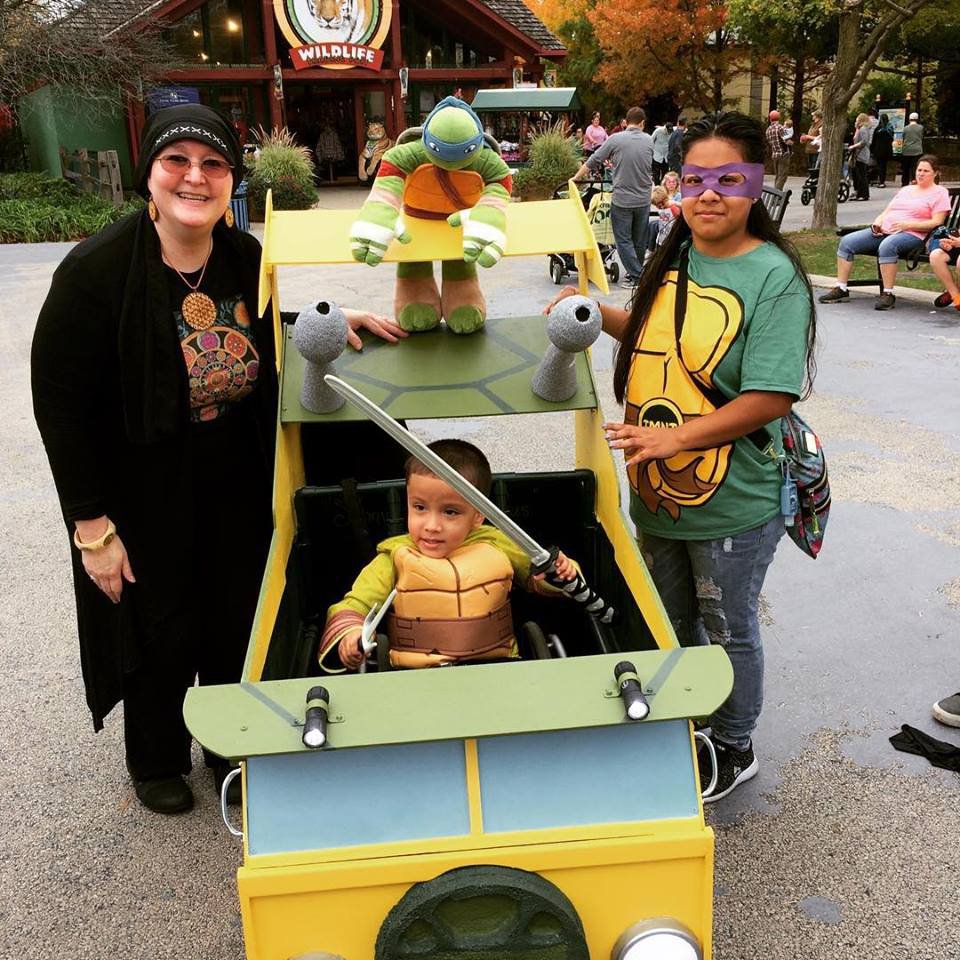 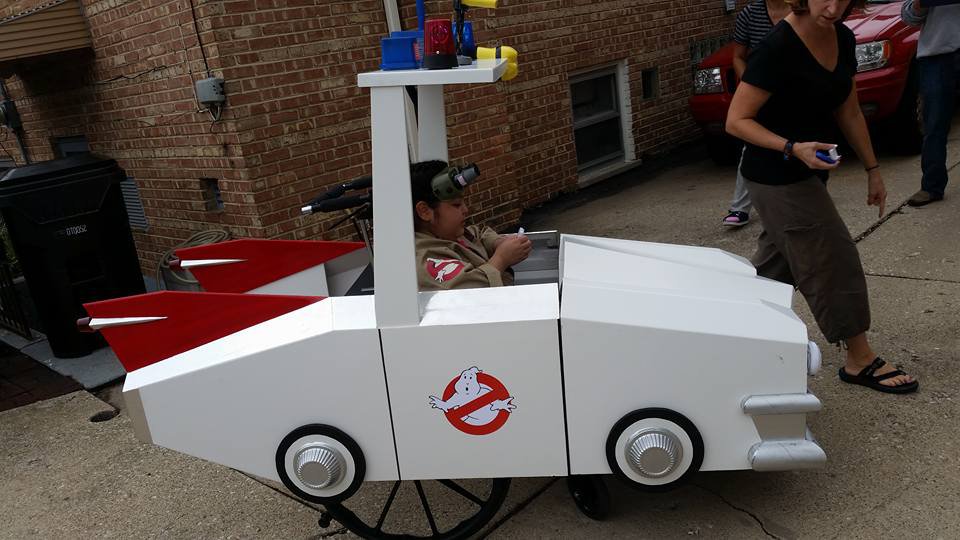 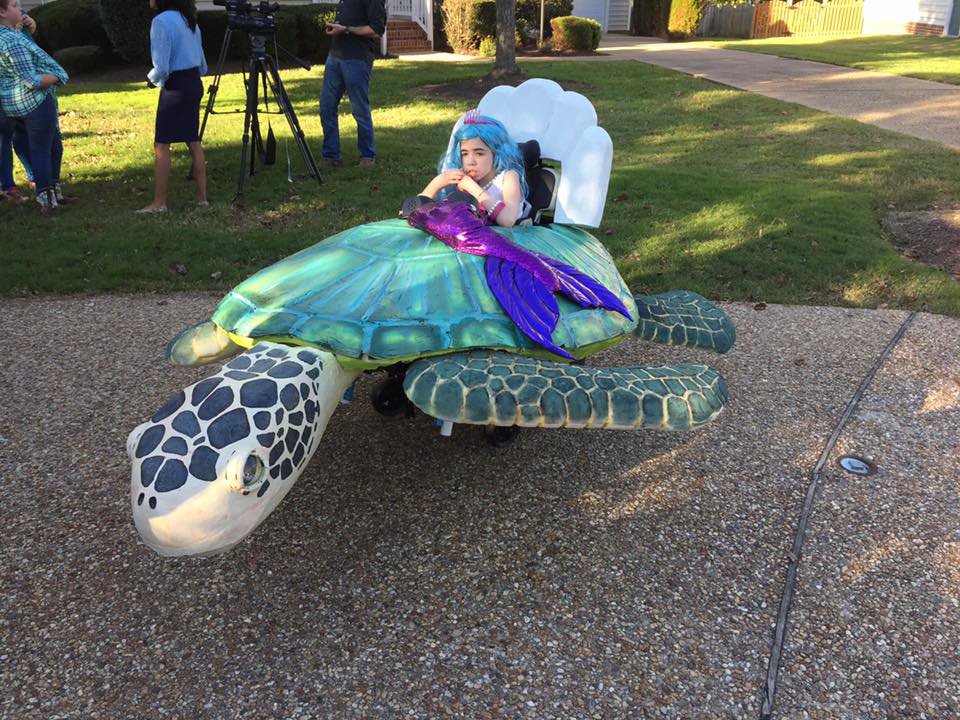 Weimer is not the only person building Halloween costumes for wheelchairs. Check out similar projects people have posted online:

5-year-old Brayden got the Halloween costume of his dreams! He has a rare disease affecting his hips, and he’s still in a wheelchair from an operation he had six months ago. Brayden’s parent work for the Buena Park Police, and their coworkers devised a special surprise for the family, with a little help from Ontario Police. They made Brayden his very own police car that fits neatly over his wheelchair! Brayden spent the summer watching other kids play, but now he can trick-or-treat with his friends. Brayden’s parents hope that he’ll heal from the operation soon, and be able to say goodbye to the wheelchair permanently.

We have one happy train conductor over here!!! 🎃🚂#calvinswheels #wheelchaircostume