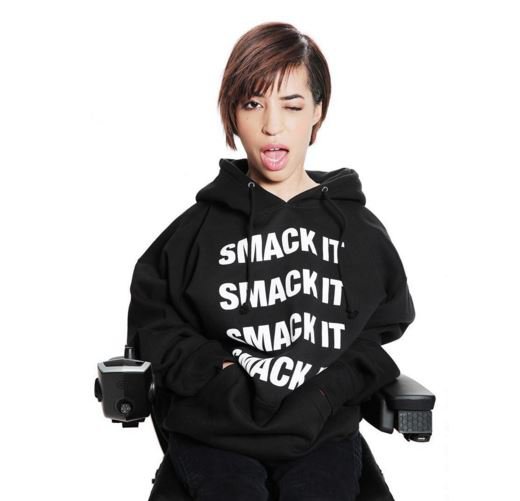 Beyoncé cast the new face of her online store: Jillian Mercado, a model and fashion blogger who lives with muscular dystrophy.

Launching the range of sweaters, T-shirts and hats in the aftermath of her hit single ‘Formation’ - Queen Bey’s most political song yet - the singer once again used her platform to challenge convention and celebrate difference.

Mercado first began to make waves through her fashion blog Manufactured1987,  where she writes about style, life as a model, and diversity in the fashion industry. She landed her first big break when she appeared in a campaign for Diesel in 2014. She then signed a deal last year with agency IMG Models, who represent some of the biggest names in fashion including Gisele Bundchen and Alek Wek.

One of the few models in the industry today living with a disability, Mercado is determined to broaden the realm of what is considered beautiful and make disability more visible in mainstream culture. 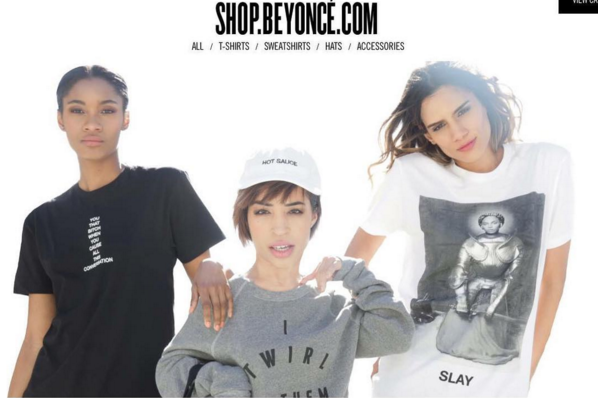 “I feel like it’s about time that we give a spotlight to so many people who only want to feel accepted – and that is something that we can all relate to. The challenge is to not to stop talking about it,” she said in an interview with Dazed Digital last year. “This isn’t some kind of fad that will come and go, not while I'm around. There have been many who have talked about disability and fashion but it was only for a certain amount of time and then never spoken of again. I am pleased to say that (including myself and a few others) we are definitely making sure that this does not happen again.”

Mercado is using her platform to challenge the prevalence of ableism across society today, whether that’s calling out the type of clothes designed purely with able-bodied people in mind, or the choice of words used to describe people with disabilities (rather than disabled people). In response to complaints over the use of the term 'wheelchair-bound' to describe her in headlines after photos first appeared on Beyoncé's website, she posted this tweet:

All this press on my announcement on Beys site is truly surreal & amazing. Now how about we fix that word bound...#learnsomethingneweveryday

Breaking boundaries whilst celebrating diversity, this powerful campaign resonates beyond the worlds of music and fashion. Paving the way for a future when casting a model with a disability is not an anomaly, Mercado added:

“I know that it won’t be easy, and we may have a very long way to go, but I have a huge feeling that we are moving forward and that makes me happy.”