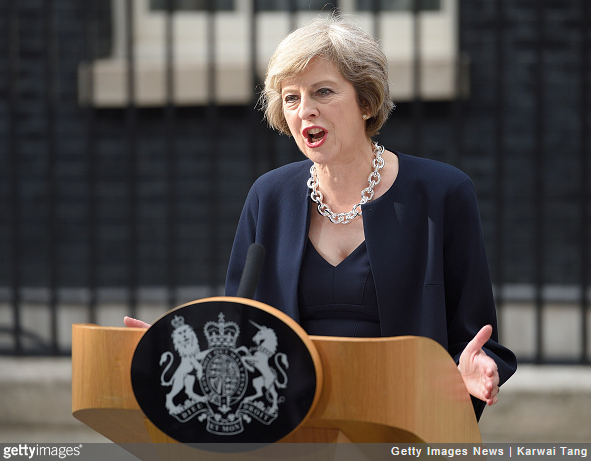 After a tumultuous month in British politics, the dust has settled in Downing Street and the new prime minister is setting out her agenda for the country’s future.

In a welcome announcement at a news conference in Paris, Prime Minister Theresa May reaffirmed the UK’s commitment to the world’s poorest, stating the UK will “keep [its] promise to spend 0.7% of our national income on aid."

Sharing the hashtag #ProudOfAid, over 1,500 Global Citizens took action asking Theresa May to protect the country’s aid budget — and now, she has agreed to do so.

This is a powerful victory for everyone that has campaigned to defend the lifesaving work UK aid achieves.

.@Theresa_May I’m #ProudOfAid and the impact it has. Please protect #UKAid as PM w/@GlblCtznUKpic.twitter.com/N0WQjhn2M3

.@Theresa_May I’m #ProudOfAid and the impact it has. Please protect #UKAid as PM w/@GlblCtznUKpic.twitter.com/GV7PQay1bU

.@Theresa_May I’m #ProudOfAid and the impact it has. Please protect #UKAid as PM w/@GlblCtznUKpic.twitter.com/fBmgnp1psY

The UK spends just 0.7% of its national income on overseas aid, yet it achieves a tremendous amount.

From fighting child marriage and FGM, to providing education to 11.3 million children, UK aid makes a tangible impact on lives around the world — all for less than a penny in every pound.

Its commitment to Gavi, known as the Vaccine Alliance, saves a life every two minutes by funding immunisations against preventable diseases like meningitis, diarrhoea, and pneumonia.

And through its pioneering aid programme, the UK is a global leader in efforts to build a world that is free from deadly diseases like polio, and where every child can go to school, regardless of their gender. These are outstanding challenges that we cannot afford to abandon if we are to achieve the Global Goals signed in September 2015.

The prime minister’s announcement is therefore an encouraging sign. In the midst of political uncertainty, it is vital that the UK lives up to its international commitments — including its promises to the world’s poorest.