Tanzania is mobilizing maternal healthcare through technology and taxi drivers 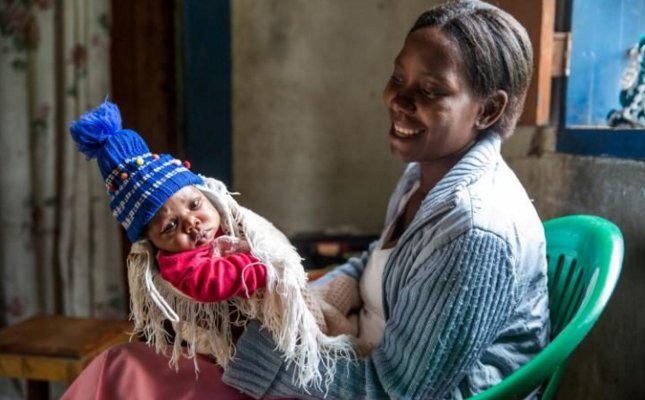 A new emergency taxi service in Tanzania aims to change how maternal health is viewed in the country--and based on a trial launch, it is projected to save as many as 2,700 Tanzanian pregnant mothers and their babies each year.

The taxi service was established by the Vodafone Foundation and operates through a new toll-free emergency line service.

Every day, about 830 women die from pregnancy or childbirth-related complications around the world. More than half of these deaths occur in sub-Saharan Africa and many can be prevented. In most cases, lack of quality health care and lack of transportation to health facilities creates complications. For example, unnatural haemorrhaging is one of the main leading causes of maternal and child mortality. If a woman is unable to get to a hospital while hemorrhaging she will likely die.

Tanzania struggles with maternal health. Roughly 70% of the population lives in rural areas where there are few ambulances. For instance, the districts of Sengerema and Shinyanga have a combined population of 2 million, yet share a total of 10 ambulances.

The new program by Vodafone Foundation directly addresses this problem by providing essential transportation at the most crucial time.

The Vodafone Foundation collaborates with different countries to help solve global issues with technology. More people in the world have access to a mobile phone than a clean toilet, and Vodafone tries to leverage this widespread access to address problems relating to  healthcare, education, money and banking, agriculture, water, and electricity in different global communities.

Vodafone’s latest initiative is focused on maternal health and is similar to the car service, Uber. Instead of driving someone to the latest party, Vodafone’s service was specifically designed to only provide emergency vehicles for expectant mothers. Using a smart or feature phone, a pregnant mother can call an emergency line, linking her to a network of local emergency taxi drivers.

The new service is a game changer for girls and women in Tanzania because, in the past, there was no way for many pregnant women with serious complications to get to hospital in the districts of Sengerema and Shinyanga.

Similar to 112 in Europe, 911 in the US, and 999 in the UK, the Tanzanian emergency line is a quick response service. The emergency taxi driver arrives within a timely manner and, upon arrival, the driver is ready to drive to the nearest hospital--a journey that would normally take up to 3 hours by foot.

M-Pesa is another technological effort led by the Vodafone Foundation and its international partners. Launched in 2007, M-Pesa is a mobile service that lets consumers make payments, deposits, transfers, withdrawals, and many other actions.

The combination of the M-Pesa phone app and the local taxi service makes the service rapid and responsive. First introduced as a trial last year to a small part of Tanzania, the taxi service is estimated to have saved the lives of over 300 mothers and babies.

Everyone loves a healthy baby and a healthy mom, and now the future is looking bright thanks to Vodafone’s pioneering project. Bringing together mobile technology, management, and transportation can save lives and improve the number of healthy babies and moms all around the world.