It’s a wonderful thing when artistry and activism combine. 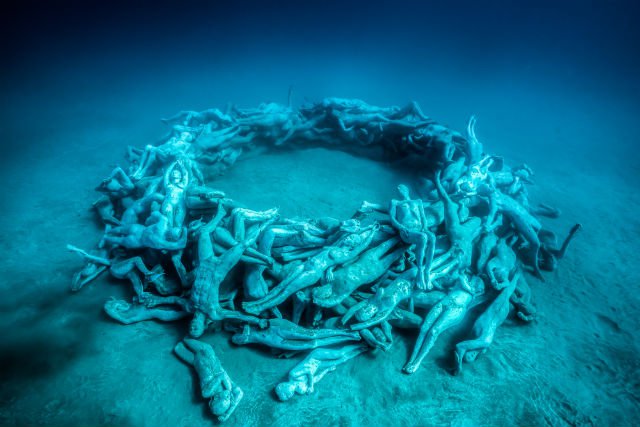 Europe’s first underwater museum, the Museo Atlantico, located off the coast of Lanzarote Island in Spain is finally complete after more than three years of planning and installation.

The museum features more than 300 sculptures designed by British artist Jason deCaires Taylor, including a botanical sculpture garden. Visitors can also swim through more than 200 life-size human figures, composing a sequence of 12 installations that address the refugee crisis and environmental protectionism. Accessible to snorkelers and scuba divers (for about $49), the museum is meant to instill a greater connection to ocean life.

In a press release, the museum stated the exhibit, "represents an entry point to a different world and promotes a better understanding of our precious marine environment and of how much we depend on it." 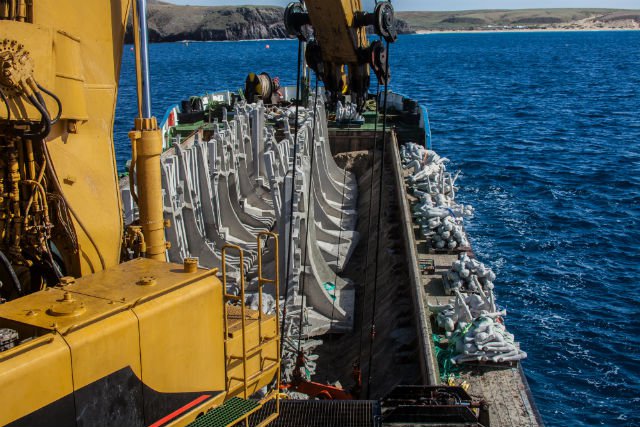 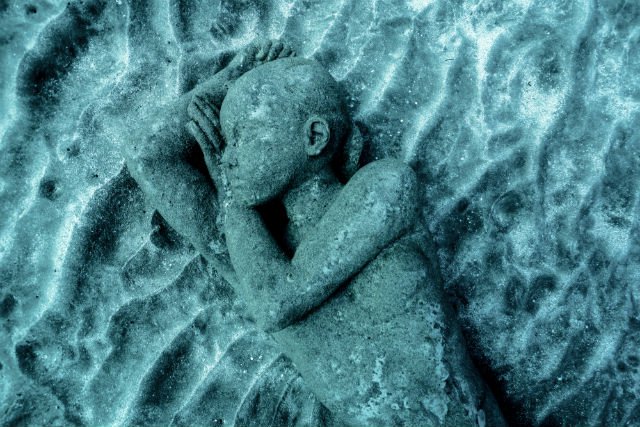 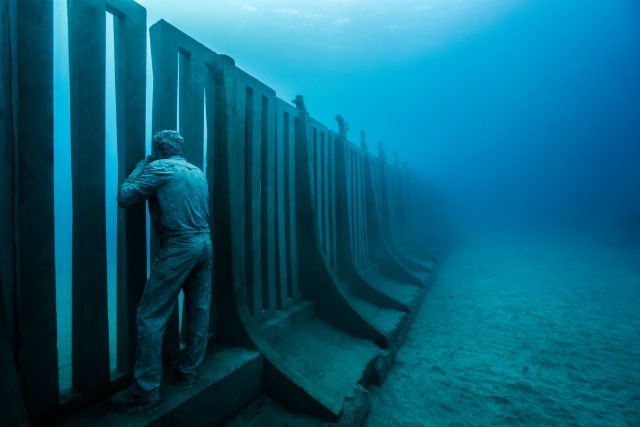 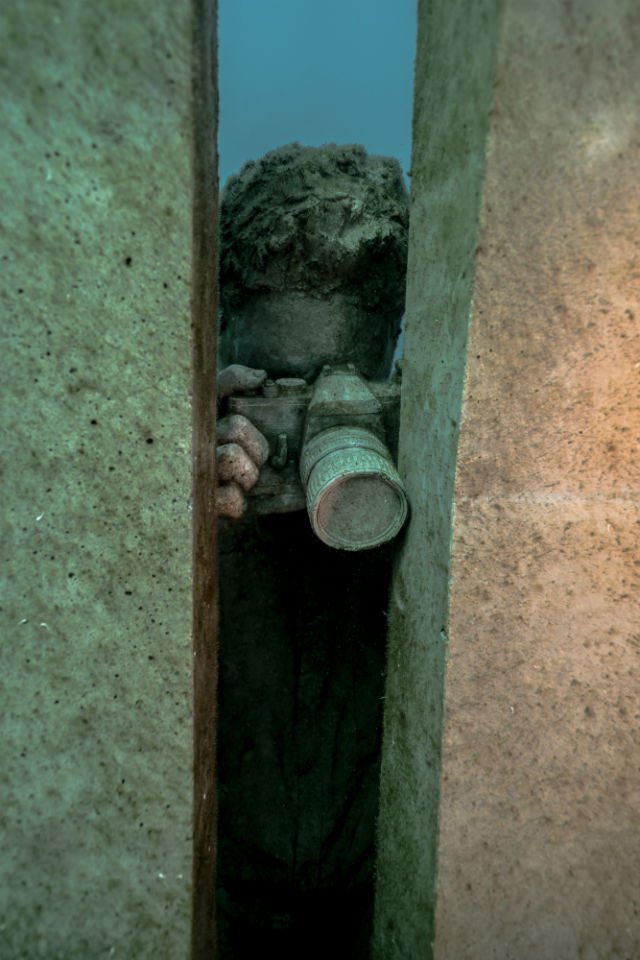 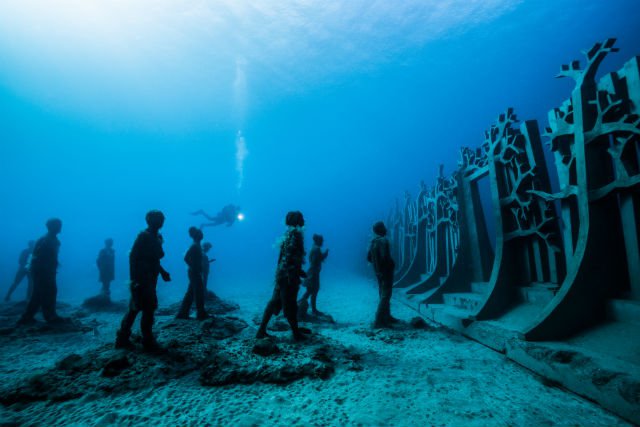 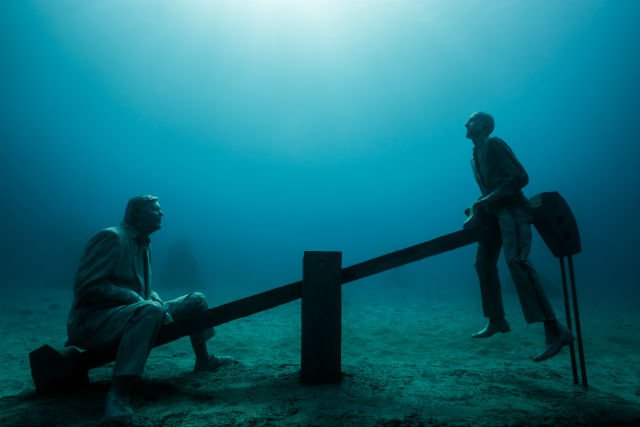 “The whole idea was for it to become a portal to another world,” Taylor told CNN. “I want it to inspire people to understand more about our oceans and the threats facing it.”

In addition to its artistry, the museum directly helps ocean life. Made from environmentally safe, pH neutral materials, sculptures act as an artificial reef and were specifically designed to be conducive to aquatic creatures.

According to Taylor’s website, “the first works installed in February 2016 have already seen an increase of over 200 percent in marine biomass and are now frequented by rare angel sharks, schools of barracudas and sardines, octopus, marine sponges and the occasional butterfly ray.”

Taylor has proven to be prolific eco-sculptor. Prior to the Museo Atlantico he contributed pieces to the Bahamas, Grenada, and on the banks of the Thames River in London, England.

Most notably, Taylor helped establish the Museo Subacuático de Arte (MUSA) in Cancún, Mexico, which opened in 2009. Like the one in Lanzarote, MUSA supports marine life by acting as a man-made reef.

As the debate over how to address global warming rages on, we often cite rising ocean levels as a threat to life on land without realizing how much marine ecosystems suffer as well. Thanks to efforts like Taylor’s, art is meeting activism. The sculptures give sea life a greater chance at survival while challenging humans to contemplate the most pressing issues of our time – and they're absolutely stunning to look at.