Jeenah Moon for Global Citizen
Why Global Citizens Should Care
The Spirit of a Movement event celebrated human rights champions of the past and recognized the leaders carrying on their legacies. You can join us in taking action on the causes they fought for here.

“There is no age limit on being aware,” 11-year old Naomi Wadler told the audience assembled at Riverside Church in New York on Sept. 24 for the Spirit of a Movement event, hosted by Global Citizen and Robert F. Kennedy Human Rights.

Wadler was being honored as a legendary activist for her efforts to mobilize against gun violence and campaign for racial and gender equality. Her ease in front of hundreds of people spoke volumes about her future potential as a leader. She joked that she peaked at age 11, waxed poetic about “black girl magic” and how “the sun didn’t kiss our skins, but cherished it,” and told everyone in the room that they better go vote during the midterm elections. 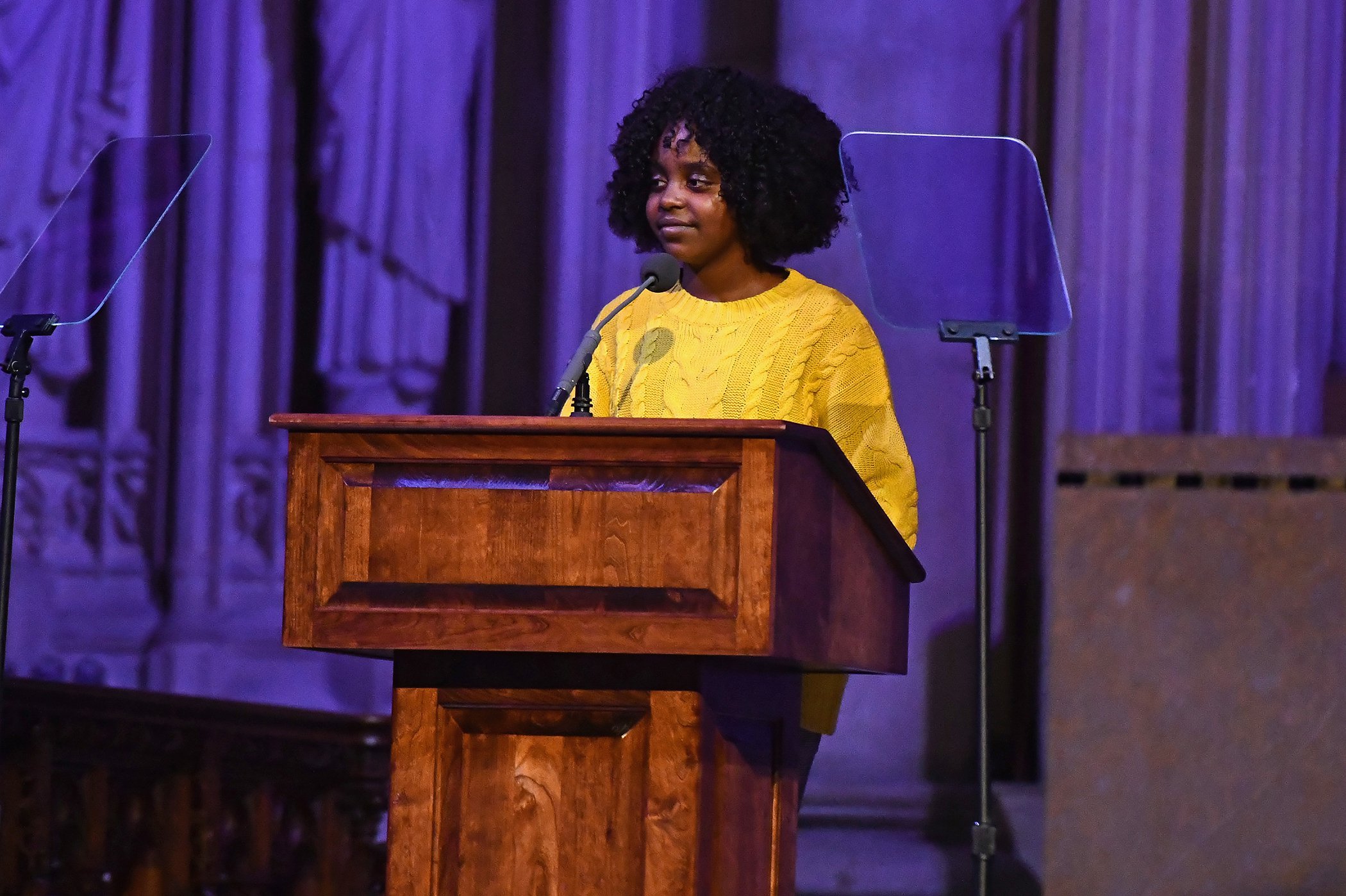 “You need to proudly become voters for yourselves,” she told the crowd.

Take Action: Your Vote is Your Voice

The event kicked off Global Citizen Week, a week-long series of conferences, performances, and volunteering opportunities leading up to the Global Citizen Festival on Saturday, Sept. 29. 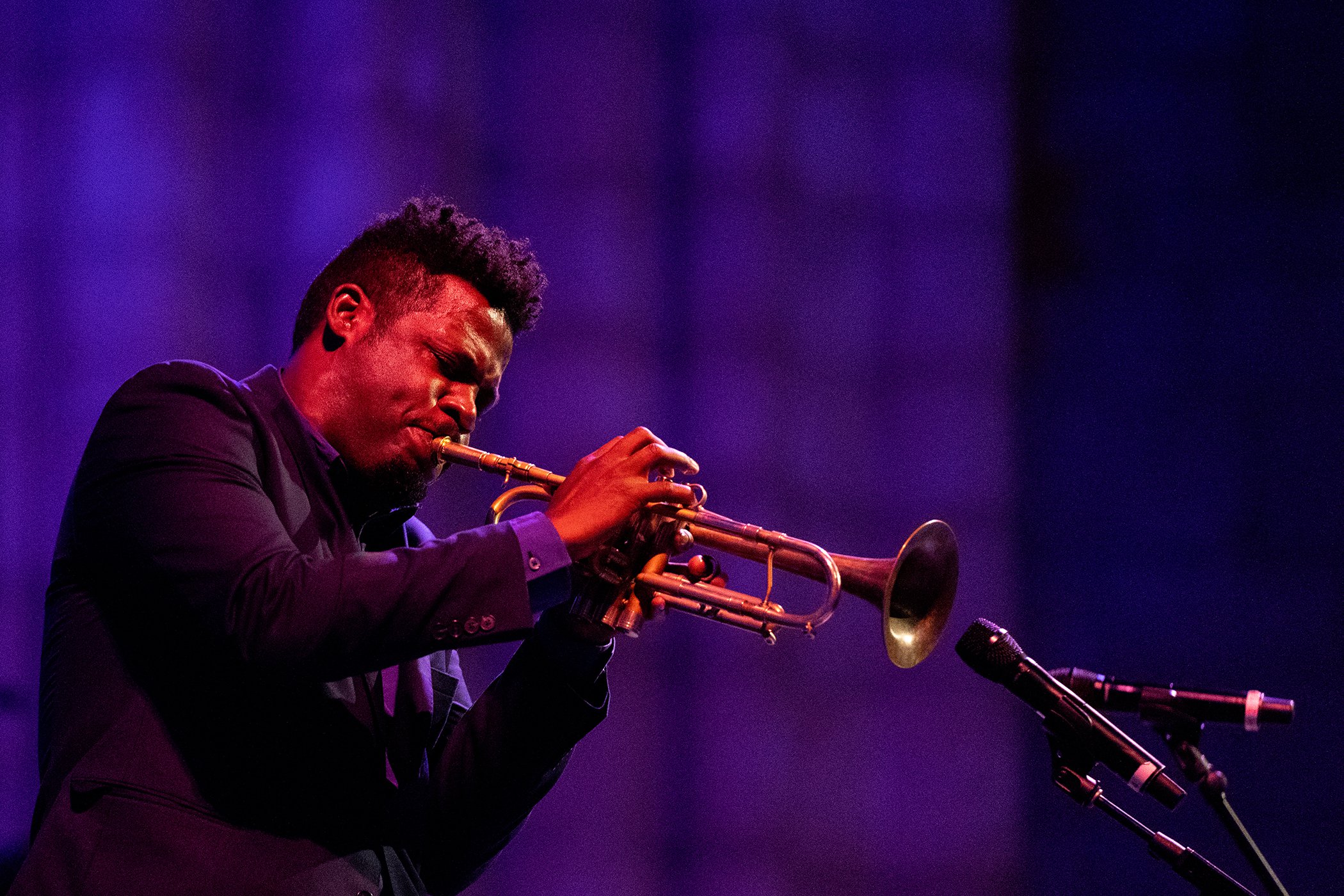 The Spirit of a Movement was a night for tracing the links between past and current excellence, and to urge people to carry on the legacies of human rights champions.

“Be ashamed to die until you won some victory for humanity,” Martin Luther King III told the audience, quoting the educational reformer Horace Mann, and channeling the preacherly rhythms of his father as he turned it into a refrain.

Read More: Jacinda Ardern Wants to Make New Zealand the 'Best Place in the World to Be a Child' 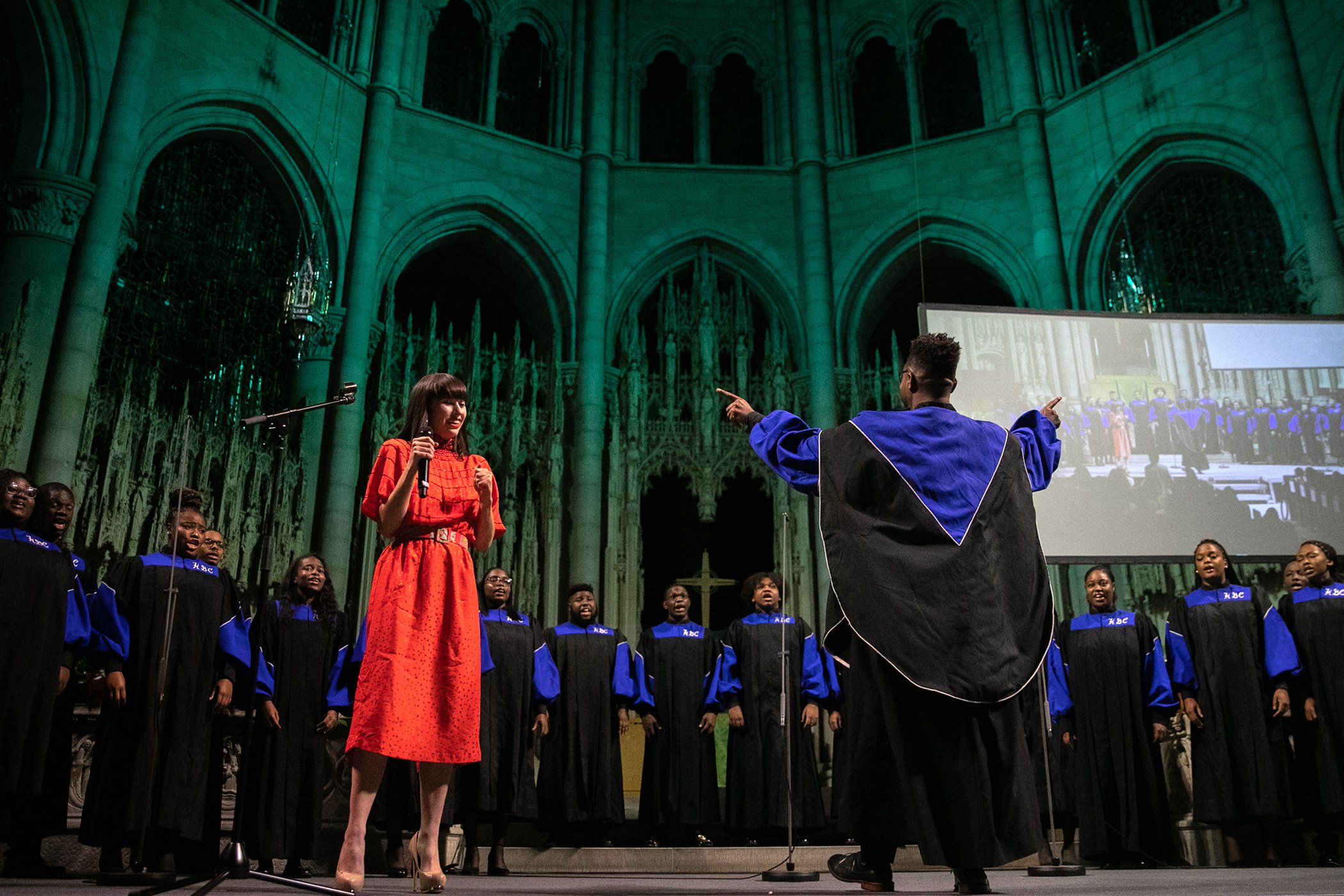 Kimbra performs onstage with The Howard Gospel Choir during Global Citizen Week: The Spirit Of A Movement at Riverside Church.
Image: Jeenah Moon for Global Citizen

The sense of being at a church was heightened when the Howard University Gospel Choir came to the stage and bellowed songs of praise. The choir was eventually joined by the R&B singer Kimbra, who led them in a rollicking call-and-response with her elastic vocal range.

The theme of excellence was set early in the night through singer Maimouna Youssef’s performance. Accompanied only by a piano, Youssef sang a verse, recorded it, and then looped it back. She did this with several wordless verses filled with pain and yearning to create a forest of noise around her.

Youssef then sang a song in the Indigenous Lakota language about the American Indian Wars and “the resilience and strength of our people.”

Later, singer-songwriter Victory performed a song about the history of black struggle in the US. The song started slow and sorrowful and built into a powerful crescendo. Dancers from Alvin Ailey II, the famed Alvin Ailey Dance Theater’s junior company, performed a sensual, mesmerizing dance that mirrored the night’s overarching theme of resilience. 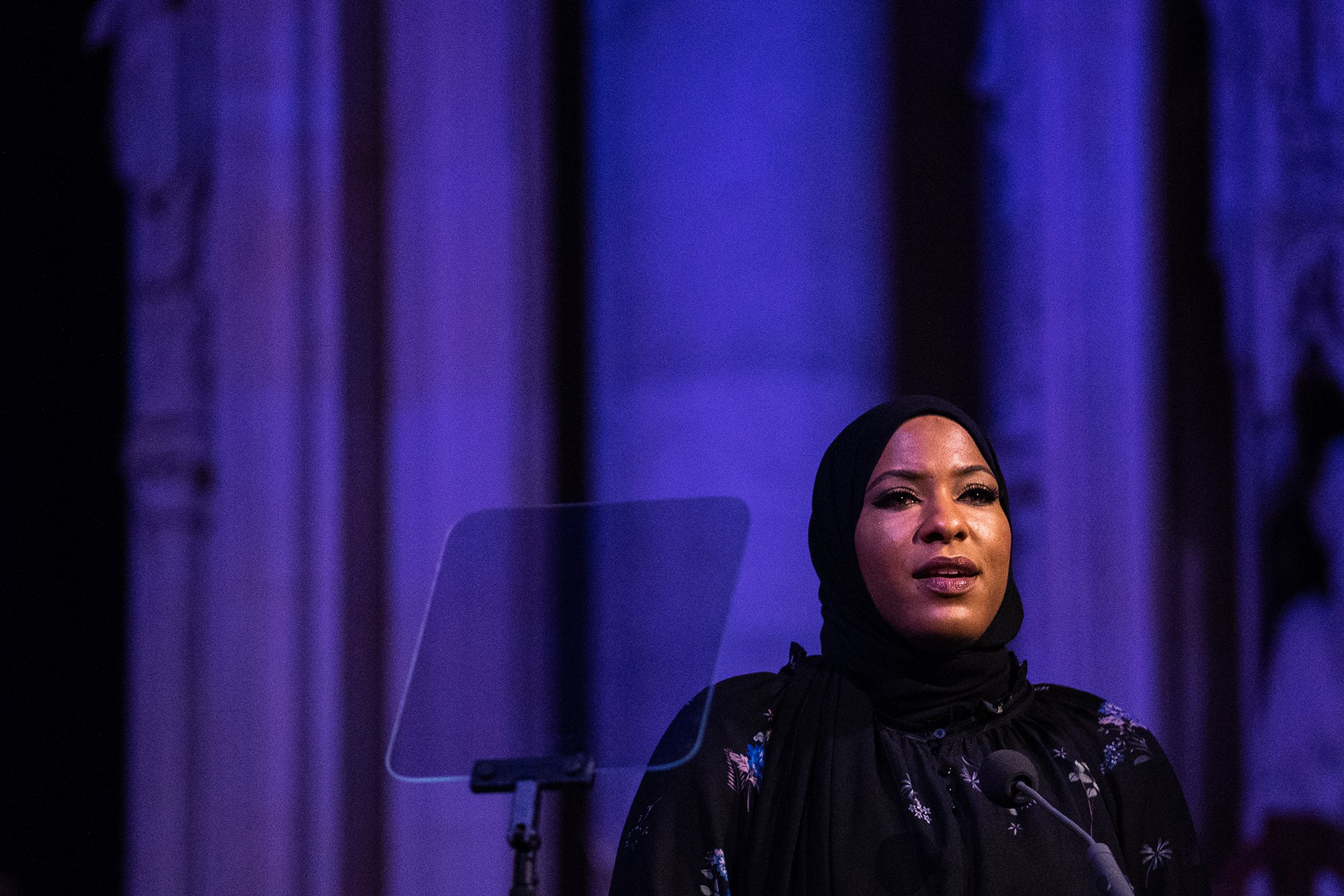 Resilience was something that both Ibtihaj Muhammad and Dapper Dan spoke of at length.

Muhammad grew up as the only black and Muslim girl in her fencing classes, and this made her feel like a perpetual outsider, especially after being harassed and made fun of over the years. But she didn’t let this stop her from pursuing her goals and now, after having won an Olympic bronze medal, she’s using her platform to fight bigotry wherever it exists, and is already changing cultural perceptions.

“When people think of a Barbie, now they think of me,” she said. A Barbie was created in Muhammad’s likeness late last year.

Dapper Dan spoke about his decades-long struggle to gain proper recognition for the impact his designs and aesthetic had on the fashion world.

Read More: 'Your Vote Is Your Voice': Global Citizens Rally Around Right to Vote in NYC 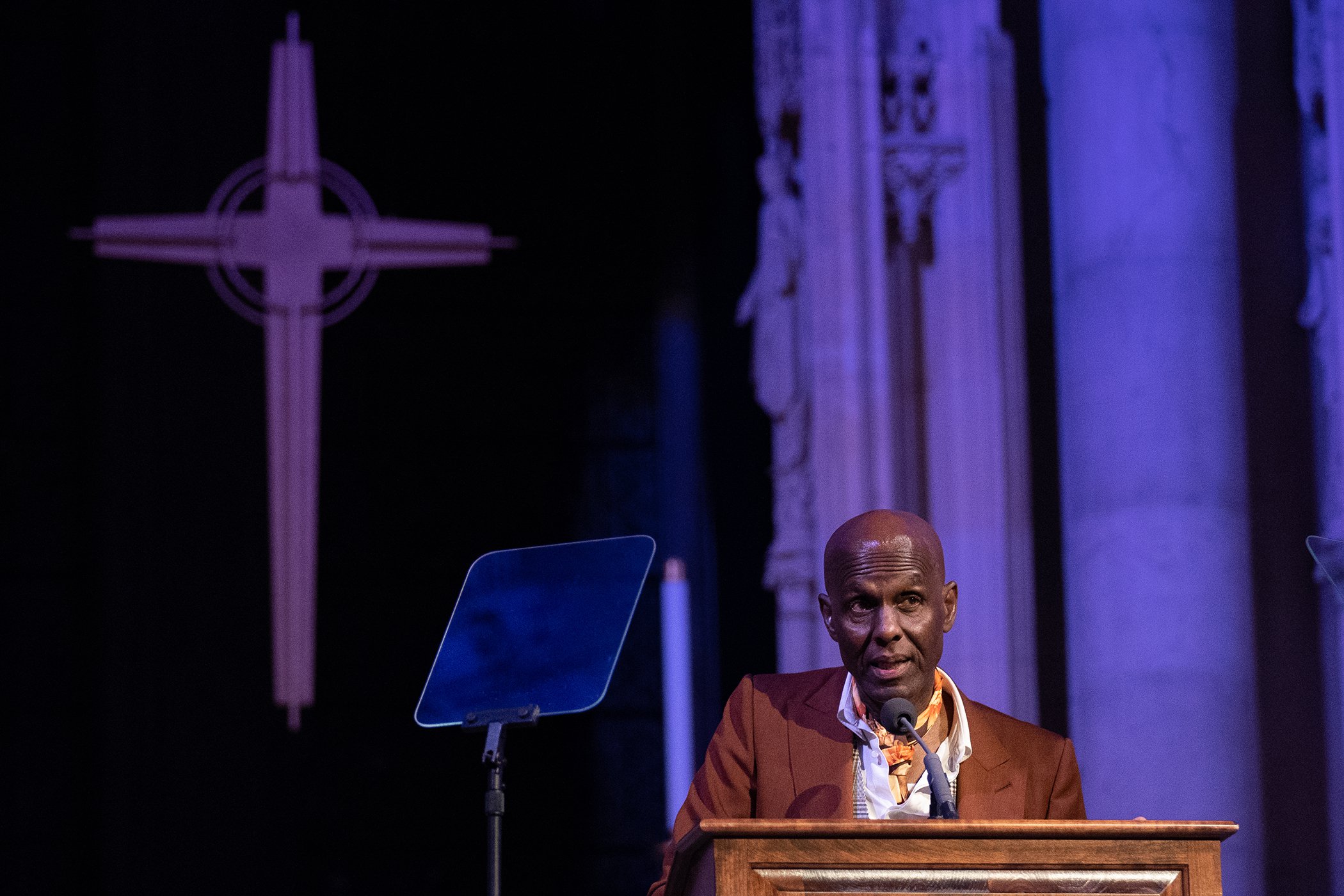 “I grew up in Harlem, swimming in the Harlem River, living in the worst tenements, having cultural repression for 30 years,” he told the audience. “And now I have a partnership with Gucci, a book with Random House, and a movie deal with Sony.”

Dapper Dan went on to say that he pursued fashion so that he could spread his message of tolerance, kindness, and excellence to a broader audience.

He also said that he was going to speak off the cuff, but wrote a speech two hours before when he learned that CNN’s Van Jones, known for his eloquence, was going to be speaking. 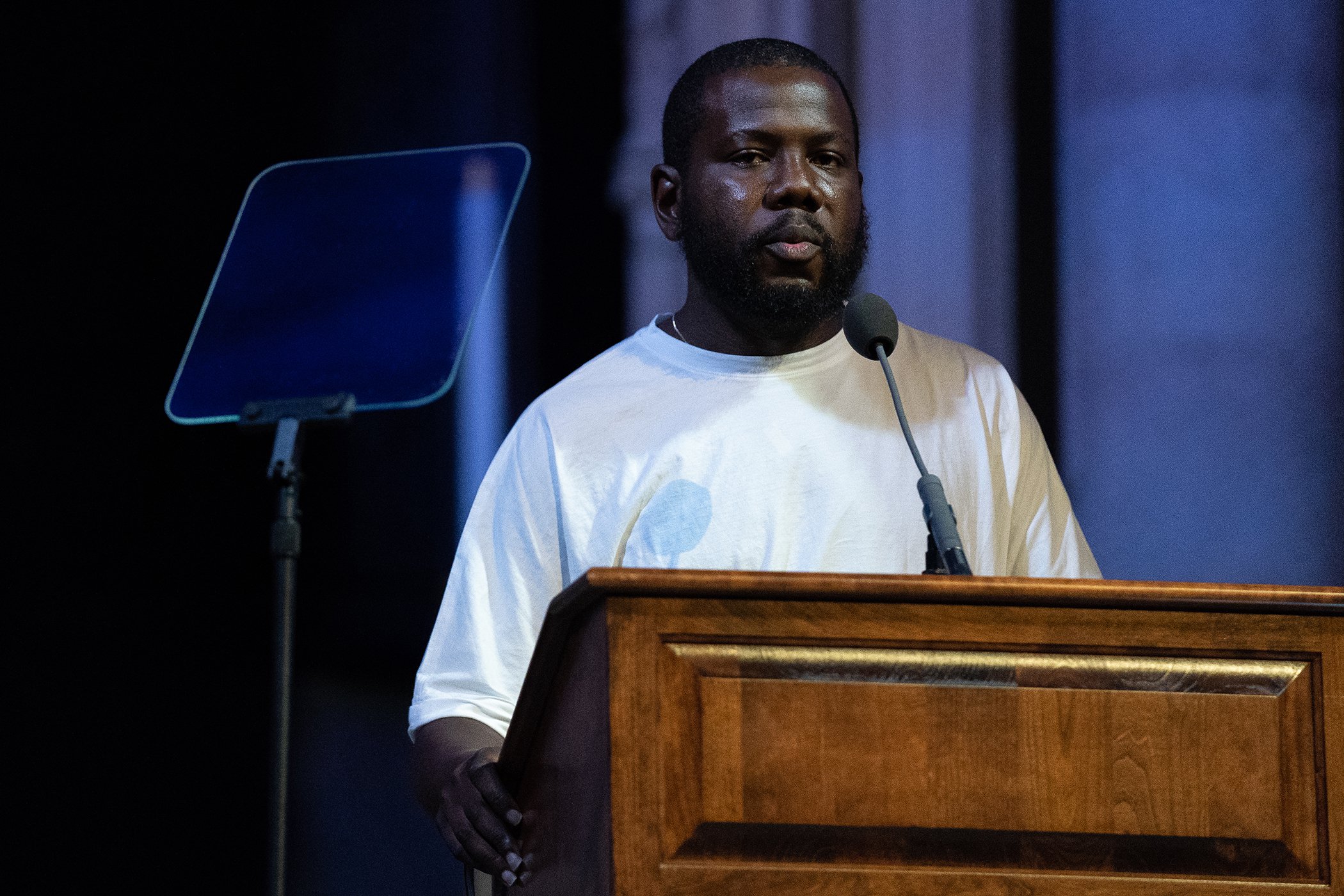 When Jones came to the stage, he described how overwhelmed he was to be sitting near relatives of Mandela, Gandhi, Kennedy, and King. It seemed like a pantheon of greatness surrounded him, he said, and he felt a twinge of fraudulence with an ordinary last name like Jones.

“But it’s regular folks like us that these giants were fighting for, and it's our sacred responsibility to fight for them,” he said. “Every human being dies twice, when your heart stops beating and then a second time, when the last living person has said your name.”

“We can resurrect greatness by speaking their names,” he said. 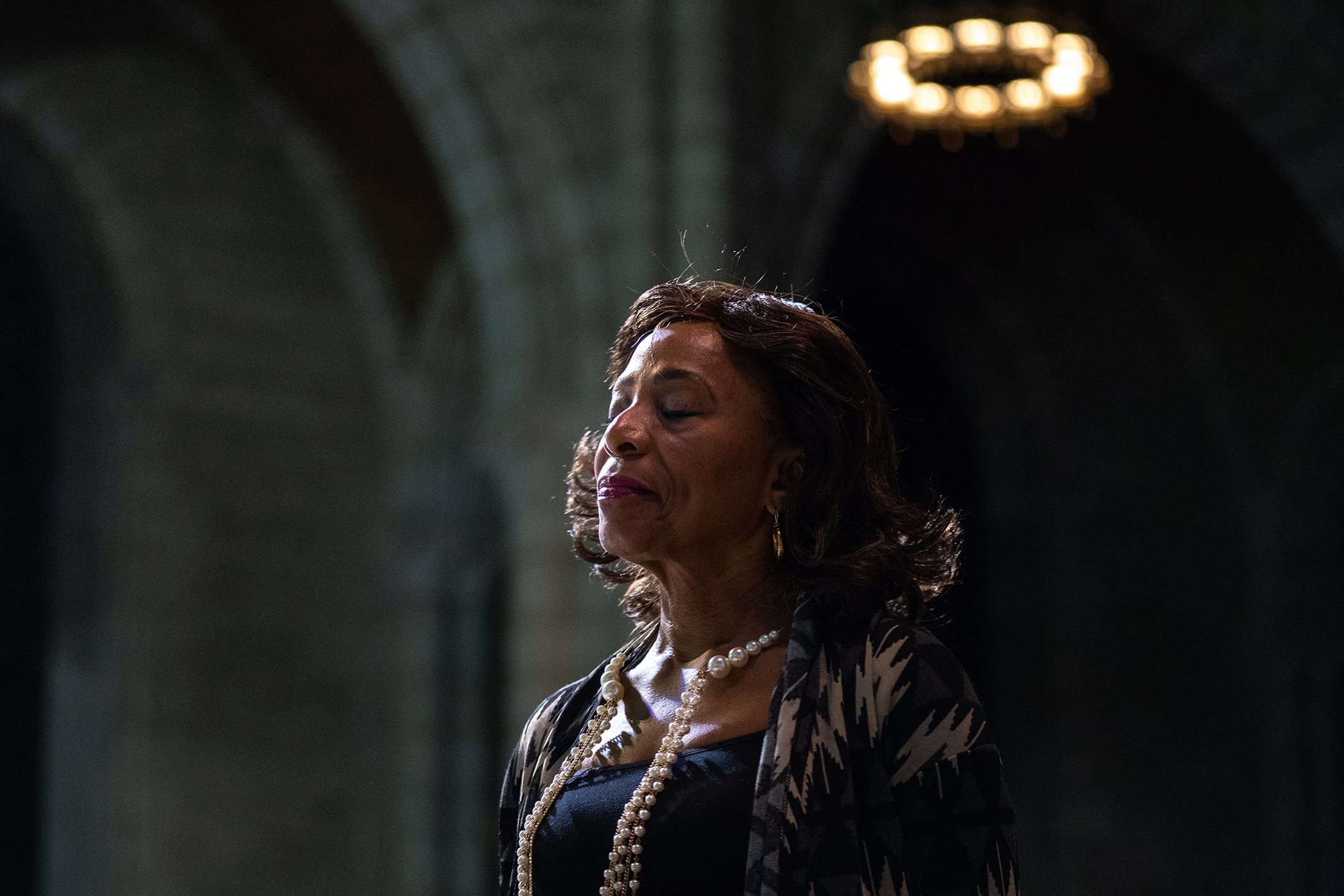 A member of the audience reacts to the speakers and performers during Global Citizen Week: The Spirit Of A Movement at Riverside Church.
Image: Jeenah Moon for Global Citizen

The 2018 Global Citizen Festival in New York will be presented for the very first time by Citi. MSNBC and Comcast NBCUniversal will air a live simulcast of the Festival on MSNBC and MSNBC.com. The Festival will also be livestreamed on YouTube and Twitter, presented by Johnson & Johnson.