'Your Vote Is Your Voice': Global Citizens Rally Around Right to Vote in NYC

“Voting is how we hire and fire our leaders,” Robert De Niro said. "Your vote sends a message."

Why Global Citizens Should Care
By voting, you can make your voice and opinion heard. When you vote, you have the power to help establish peace, justice, and strong institutions and elect leaders who will champion the change you want to see. You can join us by taking action here and registering to vote here.

Global Citizens kicked off their weekend Saturday morning by spreading an important message: “Your vote is your voice!”

At a nonpartisan rally — co-hosted by Global Citizen, the City of New York, and When We All Vote, a national, nonpartisan nonprofit organization — hundreds of activists and Global Citizens came together in Central Park to highlight the importance of exercising one’s right to vote.

“Voting is how we tell our government what we want and what we don’t want,” Rachel Brosnahan, a Global Citizen Ambassador and recent first-time Emmy Award winner, told the crowd.

Take Action: Your Vote is Your Voice

“Voting is how we hire and fire our leaders,” De Niro told the crowd. “They’re not our bosses, we’re their bosses … Your vote sends a message.” 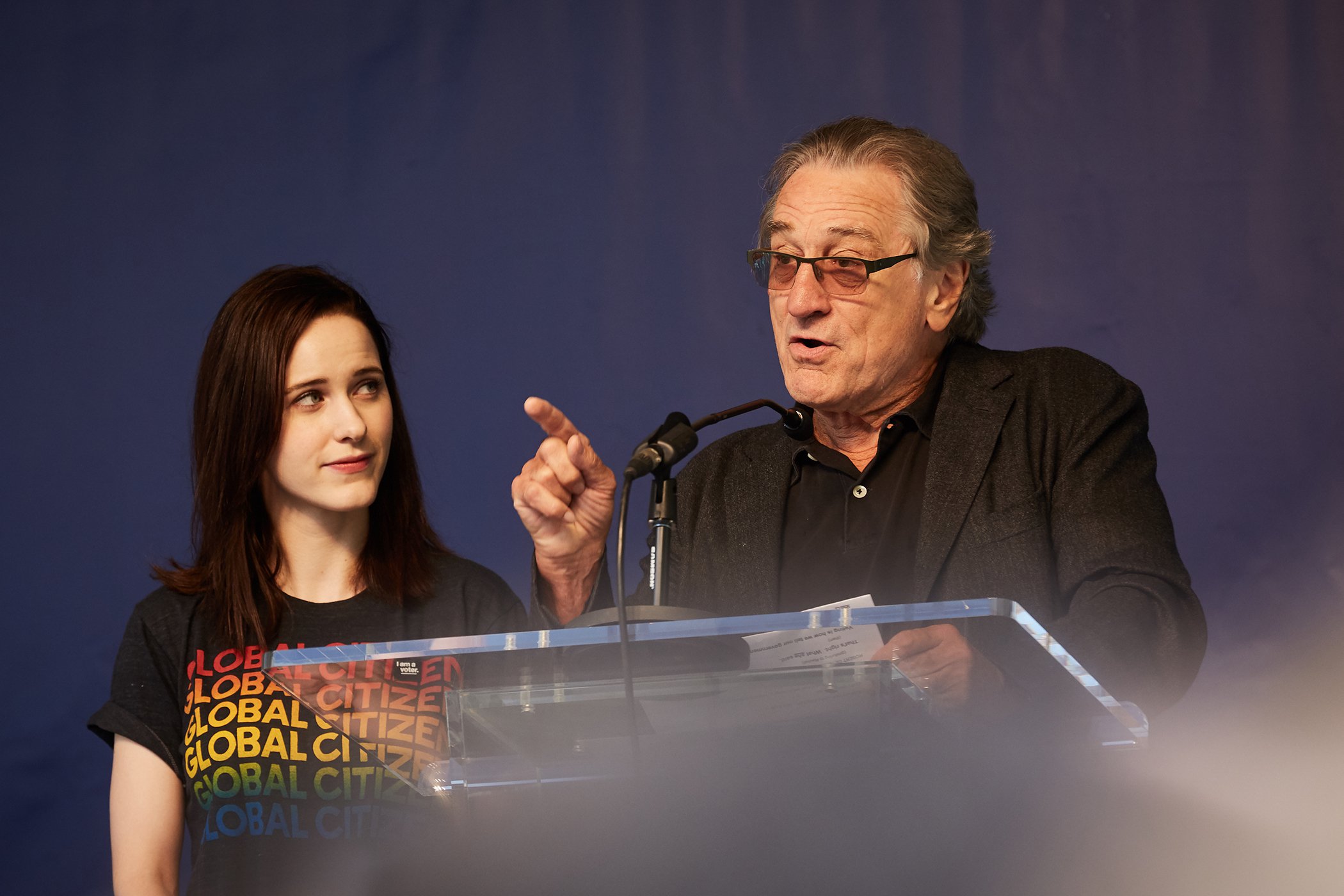 And every vote matters.

“It doesn’t matter if you’re 18 or 88, you should get out and vote,” Key told Global Citizen. “You see over and over again that [a given] election was won by just six votes or 1,000 votes — and that’s you. You’re that thousandth vote or that hundredth vote. You are that vote and that’s why it’s so important.”

The actor, writer, and comedian said the first time he truly felt like his voice made a difference was during the 2008 presidential election.

“I thought, ‘Oh my god, is this ever going to happen? I’m a person of color and they’re not going to let a person of color be the president.’ But I actually felt that when I voted for this person who had a similar background to me and similar beliefs to me, and he became the most powerful person in the world it was because of me and others like me,” he said, referring to former President Barack Obama.

“When I vote I feel like I’m part of a bigger mosaic, a bigger whole known as America. And I really believe that my vote matters,” he added.

Brosnahan described a similar feeling of community and power when she votes. 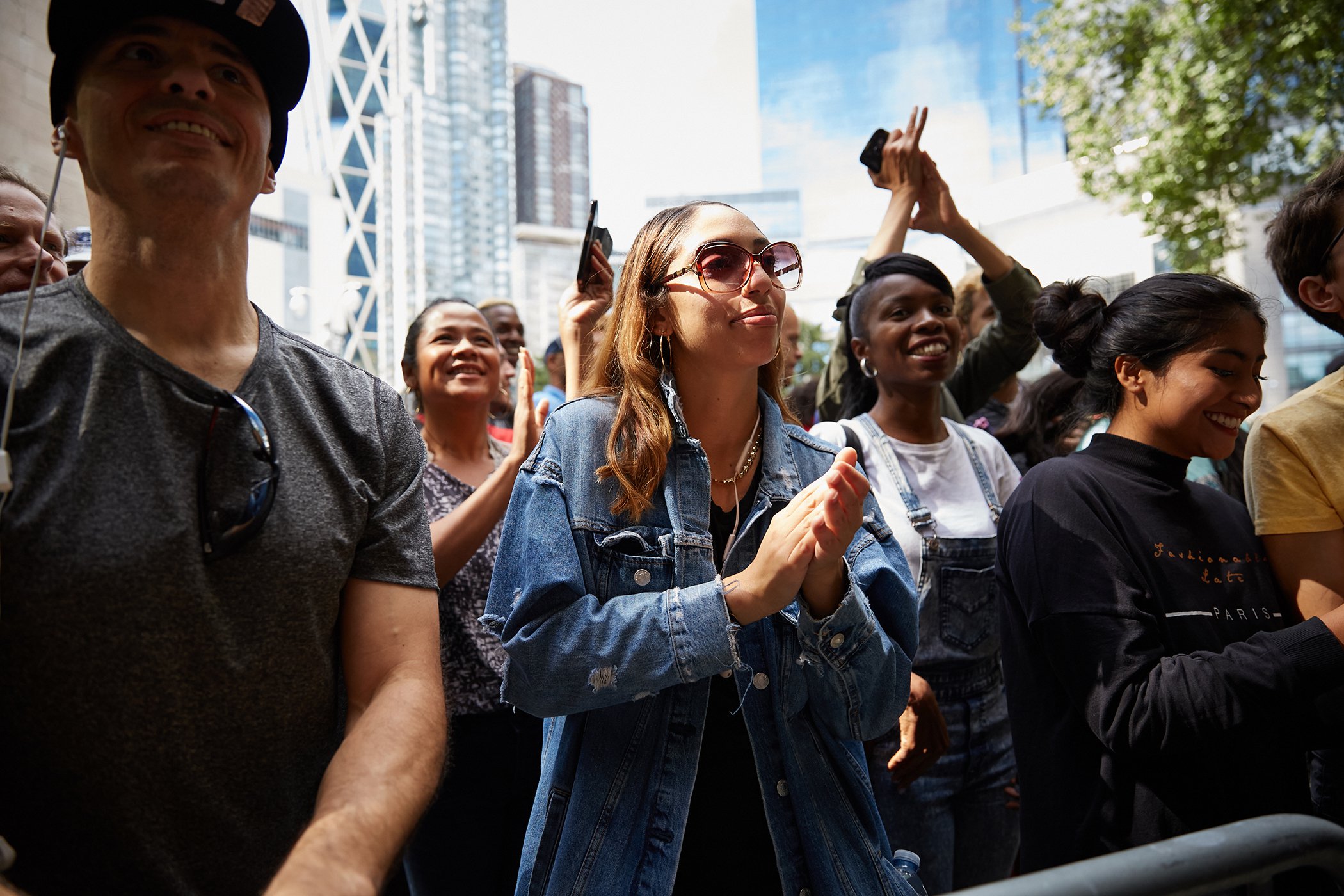 Attendees listen to the speakers at the 'Your Vote is Your Voice!' rally in Central Park.
Image: Maegan Gindi for Global Citizen

“The first election that I was eligible to vote in, I was in college and I was 18," she told Global Citizen. "I remember walking through the hallways of my dorm and where people were registering to vote. I watched as hundreds of my classmates signed up, got absentee ballots, or registered to vote and I remember feeling this sense of unity, like collectively we had a say. That was empowering and exciting and I haven’t looked back from there.”

But even those who are not of voting age have a role to play, according to Miss Teen USA Hailey Colborn and Miss USA Sarah Rose Summers.

Summers told Global Citizen that people can start advocating for the issues they care about and championing the leaders they trust to take action on those issues even before their 18th birthdays, by volunteering on campaigns and encouraging those of age to register and vote. The Nebraska native said that, as a woman,  she felt a particular duty to exercise her right to vote to honor the fight and sacrifices of the generations of women who fought for suffrage.

Colborn, who turns 18 next year, agreed and urged young people to start using their speaking up now.

“When youths become old enough to vote and inherit this country, they’ll be the most affected by decisions already made — that maybe makes their voices the most important [even if they can’t vote yet],” Colborn told Global Citizen.

The teen encouraged young people to have open dialogue to better understand one another and the issues they care about.

“Everyone has their beliefs for a reason and it’s important to take the time to find out why, to not interrupt one another and instead have conversations and find out where we have commonalities,” Colborn said. 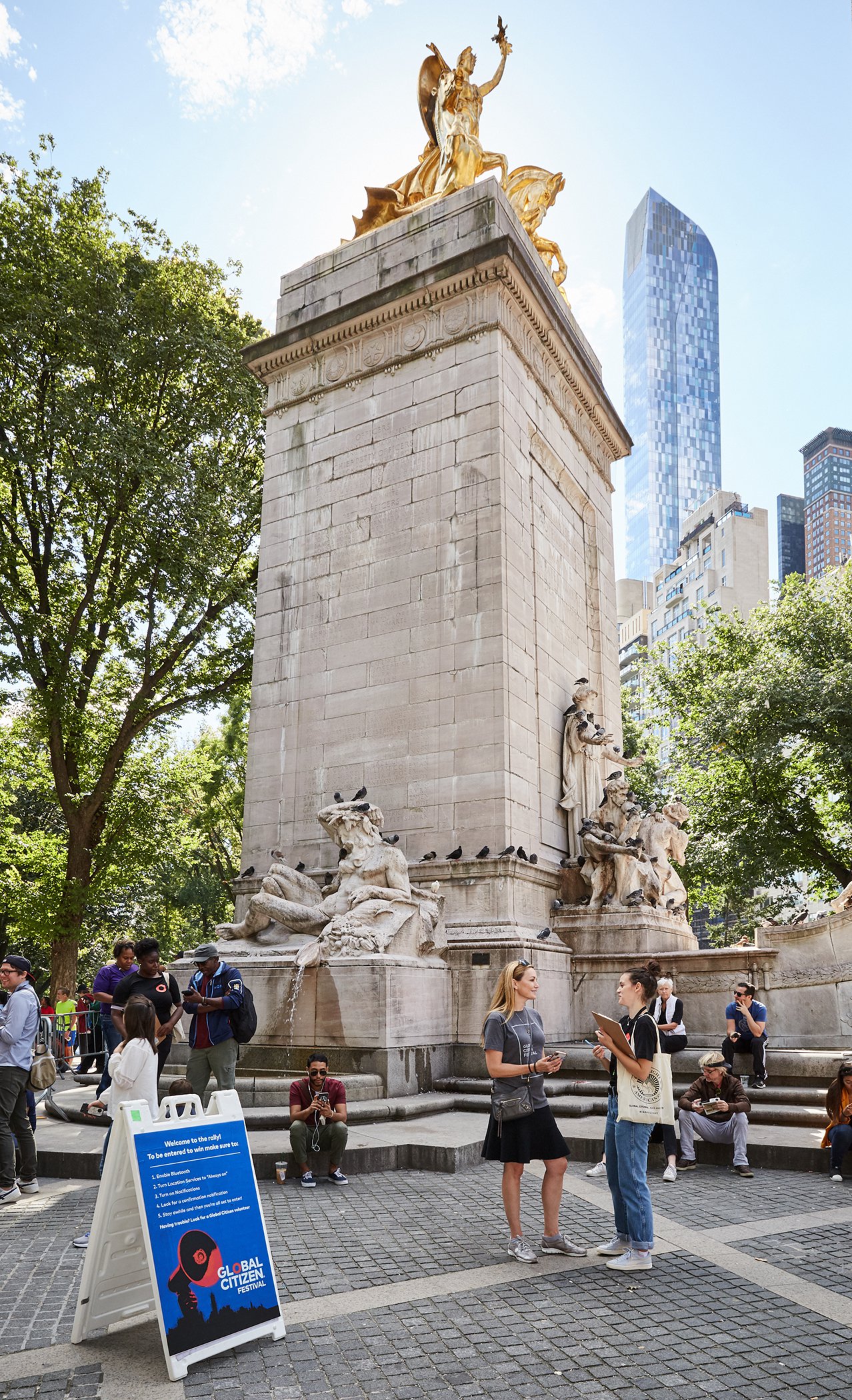 A volunteer speaks with an attendee at the 'Your Vote Your Voice!' rally in front of the Maine Monument in Central Park.
Image: Maegan Gindi for Global Citizen

The 2018 Global Citizen Festival in New York will be presented for the very first time by Citi. MSNBC and Comcast NBCUniversal will air a live simulcast of the Festival on MSNBC and MSNBC.com. The festival will also be livestreamed on YouTube and Twitter, presented by Johnson & Johnson.