How a Sex Worker Led This Doctor to Groundbreaking HIV Discovery 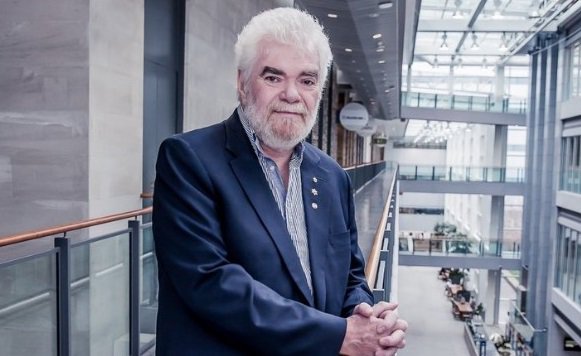 Just after Dr. Frank Plummer got his degree in medicine from the University of Manitoba, the global HIV pandemic began to take shape.

It was a grim coincidence that changed the course of his career, setting him down a path of HIV research that has included more than 375 original articles and numerous influential studies on the disease. He’s also responsible for a stunning breakthrough that completely upended how researchers had been thinking about the deadly disease.

His career is marked by exploration, hard work, and an ability to expound upon patterns that turn expectations on their head.

“A lot of conventional wisdom was overturned,” Plummer said in a phone interview with Global Citizen. “There’s still a long way to go, but by studying HIV and its consequences, we’ve learned a huge amount. It’s certainly helped in other fields, and it’s had a huge impact on our understanding of immunobiology.”

More than 70 million people have contracted HIV since its onset in the 1980s, and more than 35 million have been killed by the illness.

Starting in 1984, Plummer found himself in Nairobi, Kenya, where he spent 17 years leading the University of Manitoba’s medical collaboration there. Kenya has the fourth largest HIV epidemic in the world and Plummer’s team initially focused on the most vulnerable demographic: sex workers living in Nairobi’s slums.

During the 1980s, Plummer tracked the lives of sex workers who worked in areas where the infection rate sometimes exceeded 50 percent and where they came into contact with the disease several times a day.

Read More: Why HIV Is on the Rise in 74 Countries Despite Global Decline

At this time, treatments for HIV were patchwork, ineffective, and often unavailable. It was widely believed that women couldn’t contract the disease and governments were hesitant to support funding into research.

Consequently, those who contracted the disease had little hope. This was especially true for people living in impoverished areas. After their immune systems were ravaged, victims succumbed to the disease rapidly, with little to no hope for transformative therapies. There, as elsewhere in the world, treating HIV was a cycle of despair.

At some point, Plummer noticed a curious phenomenon: some of the sex workers were not affected by HIV; they seemed to have a natural immunity.

Read More: This Pill Is Preventing HIV from London to Soweto, and Beyond

Two thirds of the sex workers had full-blown HIV; but around 10 percent, despite exposure, showed no symptoms.

In fact, one woman named Salmone Simone had been a sex worker for more than two decades but had never suffered from HIV, even though she encountered it numerous times. Her body somehow resisted the disease.

What could be causing such a radically auspicious reaction?

Plummer studied and pondered this riddle and eventually arrived at a surprising conclusion: The women weren’t resisting the disease because they had super-effective immune systems that annihilated HIV; instead, they had ineffective, or “sleepy,” immune systems that never even detected HIV and therefore never triggered a violent response from the disease.

If the immune system never bothers to attack, then HIV apparently loses its capacity to spread.

This discovery transformed the understanding of HIV and paved the way for both new therapy and vaccine approaches.

“The drugs are never going to solve this problem,” Plummer said. “We need to develop a vaccine or a microbicide that can prevent HIV.”

Now, instead of focusing solely on boosting immune systems, scientists are trying to figure out how to appropriately disarm the immune system.

Plummer has been trying to unlock this problem for the past several decades. He eventually moved back to Canada where he ran the National Microbiology Laboratory in Winnipeg for 14 years. Throughout his career, the insights of his work have helped millions of people around the world.

Earlier this year he was awarded one of Canada’s prestigious Gairdner Awards, which have been called “baby Nobels” because 82 former winner have gone on to receive Nobel prizes in science.

According to the Gairdner Foundation, he won, “for his groundbreaking research in Africa in understanding HIV transmission and his leadership at the Canadian National Microbiology Laboratory with pivotal roles in SARS, influenza and Ebola epidemics”

“It's very exciting,” he told CBC Canada in 2011. “I have difficulty sleeping on Sunday nights because I'm excited about the work week and what we have to accomplish in order to get into testing."