Meet the Real People Behind the Oscar-Nominated Film 'Lion' 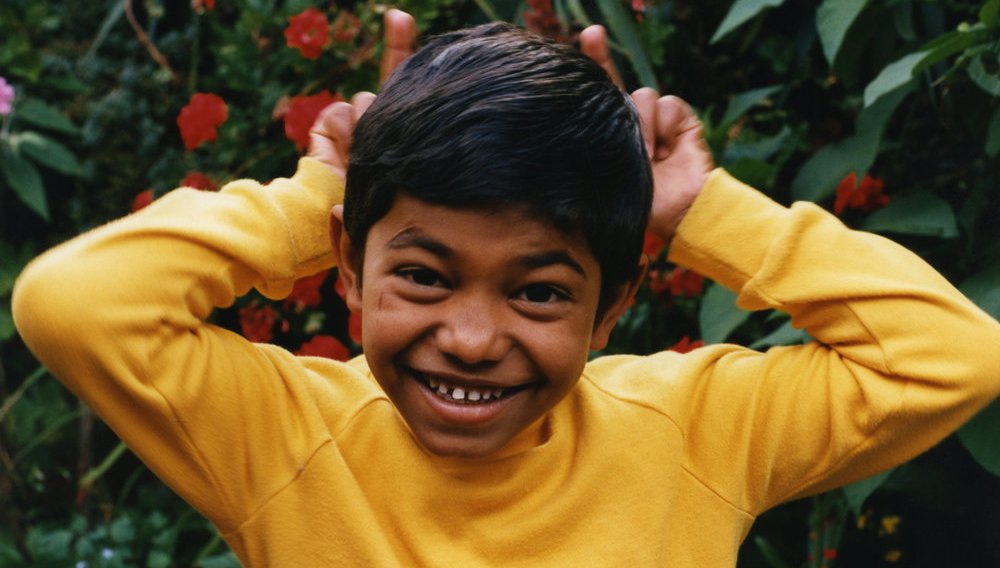 Courtesy of the Brierley family

To some, the name Saroo Brierley might conjure images of the wiry, long-haired Dev Patel from the Oscar-nominated film “Lion.”

But the real Saroo Brierley is tall and clean-cut with a strong build. He’s sporting a fashionable grey suit and leaning back confidently into a plush couch, shoes kicked off on the floor next to him.

He sits next to his adoptive mother Sue, who’s dressed colorfully in a pastel-colored jacket and sits up straight, hands folded in her lap. She has shoulder-length cropped hair and kind eyes.

The pair were in New York to promote “Lion,” the true story of Saroo’s quest to find his Indian birth mother, Kamala, using Google Earth, which has been nominated for six Academy Awards, including Best Picture. 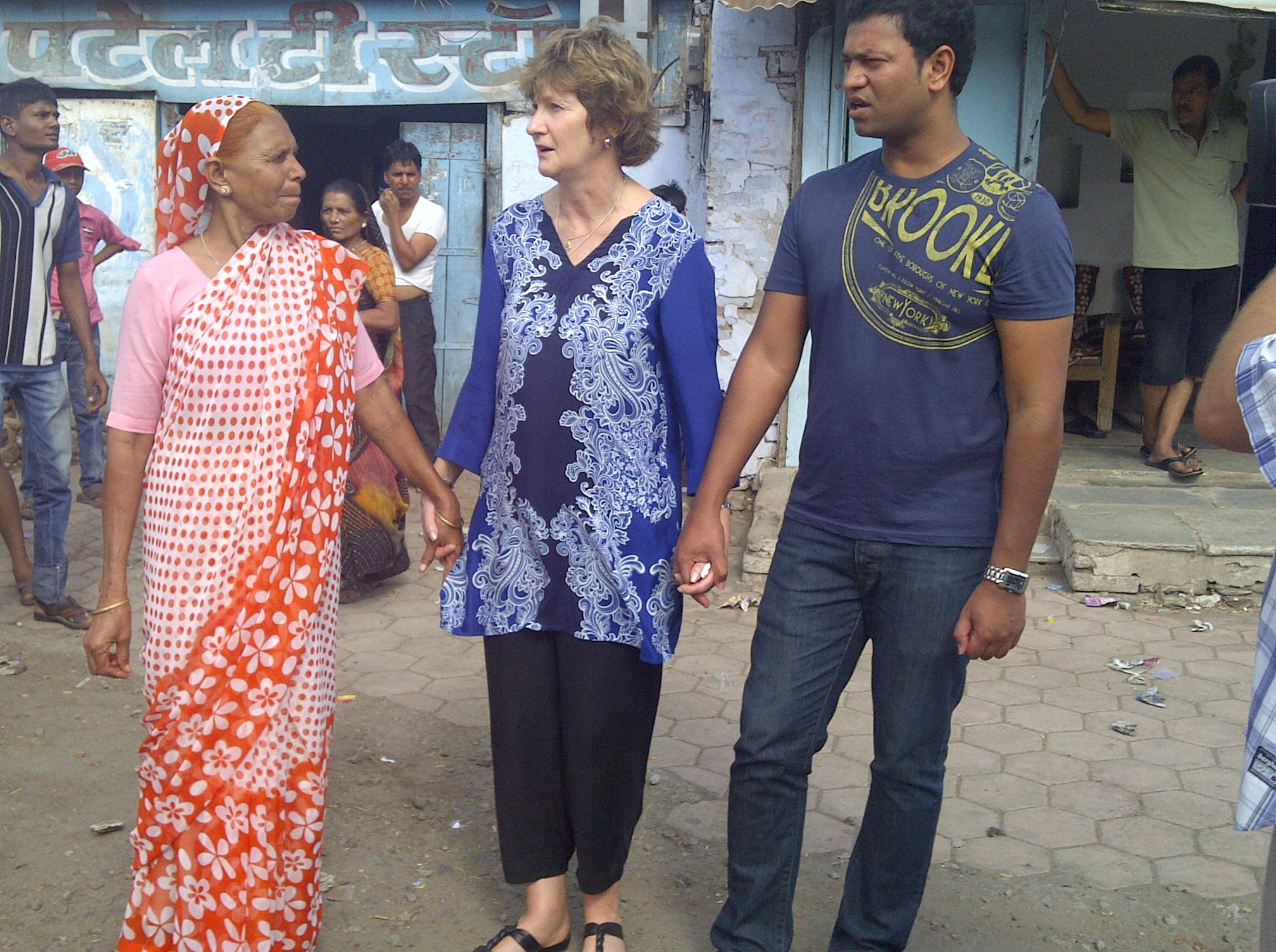 Read more: Why 'Lion' Is the Film We All Need to Watch Right Now

Both Saroo and Sue played a major role in bringing the film to life, working closely with director Garth Davis and screenwriter Luke Davies, and even traveling to India and Tasmania with the movie’s creative team.

“We just made some footnotes and we tweaked it and we put the crescendos and finessed it really,” Saroo Brierley told Global Citizen.

“It’s been fun,” Sue added. “It’s really been quite validating to our life and to our story to see how well the film has been received.”

“Lion” follows Saroo from his childhood in India to his time as a young adult in Hobart, Australia. At the age of five, Saroo (who is played by child actor Sunny Pawar in the film) is separated from his family on a train and winds up alone in Kolkata; after living on the street for three weeks, he’s placed in an orphanage and eventually adopted by an Australian couple, Sue and John Brierley. As a young adult, he uses Google Earth to retrace his childhood steps and relocate his birth mother.

The film is based off of the book Saroo wrote (“A Long Way Home”) about reconnecting with his birth mother.

Saroo was adopted 29 years ago now, Saroo and Sue recall, when stigmas about adoption were more widespread than they are today. 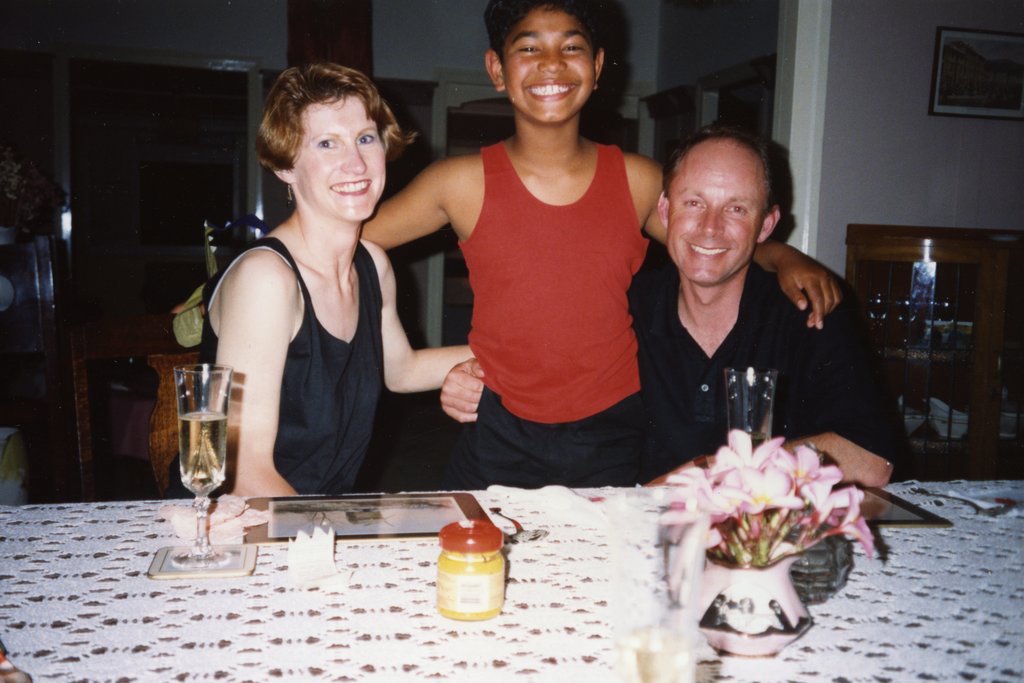 Saroo as a child with Australian adoptive parents Sue and John.
Image: Photo courtesy of the Brierley family

This practice was called a “forced adoption,” and was common in Australia through the early 1970s, just before Saroo and his brother Mantosh came to Australia.

These “sad and sorry situations,” she continued, explaining how children were ripped from the arms of their mothers, “tarnished adoption in a lot of people’s eyes.”

Saroo, the quieter-spoken of the two, added, “It had a certain stigma to it.”

But despite changing social stigmas about the process, and increasing demand by Australian families to adopt, the number of adoptions in the country are plummeting.

The lower number of adoptions could be traced back to a few factors. For one, the adoption process has actually become more laden down with red tape, and the wait length for adoption extended from an average of three years in the late 80s to five years today.

On a brighter note, a report by the Australian Institute of Health and Welfare indicated that “broader social trends and changing social attitudes...have made it easier for children to stay with their family or in their country of origin,” which means despite rising interest in adoption, there may be less need for it.

But given the world’s refugee crisis, with 50 million uprooted children worldwide, Sue sees a continued, and maybe even renewed, need for giving children a second chance.

Refugee children, she said, should “get on the first plane out because they’re sitting by the million in camps across war zones, wars that are created and enacted by adults.”

“It just seems to me like they’re the trash left in the corner, and that really hurts me,” she said. 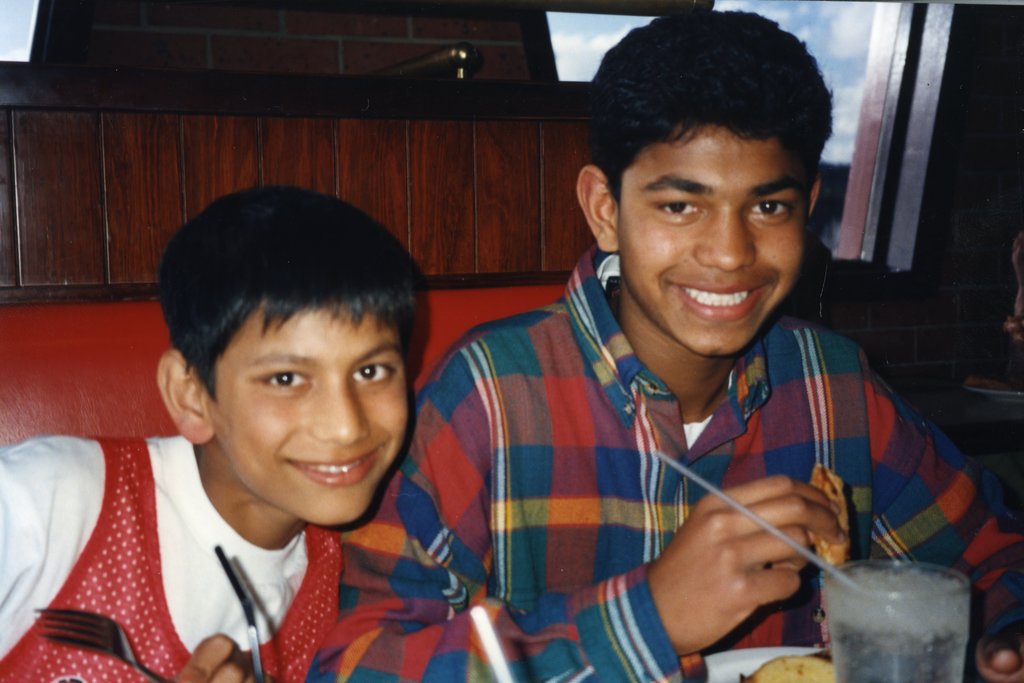 Saroo and his brother, Mantosh, in Australia.
Image: Photo courtesy of the Brierley family

Both Saroo and Sue believe that making a difference in the lives of others begins with taking responsibility for one’s own life and the lives of those around them. Sue did that through adoption, and Saroo through uncovering his own identity and providing for his families.

“If we don’t take citizenship back down to a personal level, it’s not going to happen in a political sense,” Sue said. “I’m proud of Saroo really because he’s looking after his mother and siblings, and to me that’s doing a great thing.”

“I just concentrate on what I need to do,” Saroo said. “I know where I’m going, I understand what I’ve done, and I’ve gone to levels where I never thought I would.”

In fact, he’s reached a level for all to aspire to, comfortable with his place in the world and setting an example of how to treat others with dignity and respect. That, in the end, is what being a Global Citizen is all about.