Toilets and tables--not as separate as they should be

Find out what's really in your food and water.

My mom is a nurse, and while I love that she can talk me through any medical issue, there is one downside: there's a good chance my friends will have to sit through a discussion on poop at our family dinner table. I definitely don’t mind talking about poop—and I have given one or two pretty awesome talks on how to poop in the woods (tip: make sure you’re at least 200 feet from any drinking water source).

Still, I DO think there’s a better time and place to discuss bowel movements than at the dinner table. However, my mom is right. While humans don’t like to think about it, poop is related to food. That’s why it’s important to talk about sanitation and clean water, so that we don’t eat s**t, (literally).

You can TAKE ACTION NOW by tweeting to Swedish Minister of International Development Isabella Lovin, urging her to use the Global Citizen Festival stage to make a financial pledge for clean water, sanitation, and hygiene.

783 million people around the world live without clean water and sanitation. According to the CDC (Centers for Disease and Control and Prevention) 801,000 children under the age of five die from diarrhea every year. Dirty water prevents children from getting an education, and is a major reason why children miss school especially in developing countries. 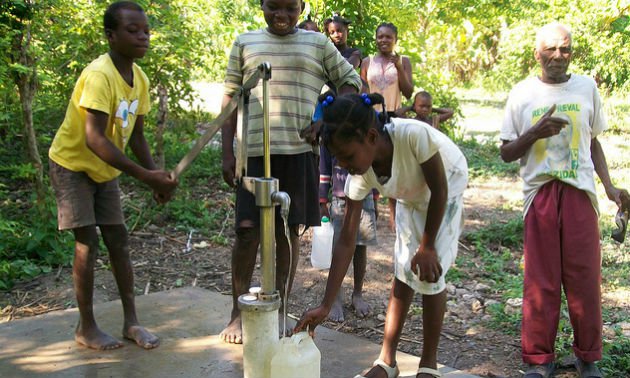 Sanitation is defined as, “conditions for public health that include access to clean drinking water and adequate sewage disposal” and poor sanitation and unclean water are huge reasons why millions of people get sick each year.

Nobody wants to eat sh*t, (using it as fuel to cook, yes, but eat it...NO). But water-borne illnesses are sneaky. It's hard to know when water is contaminated.

So how exactly do you get sick from food and water? 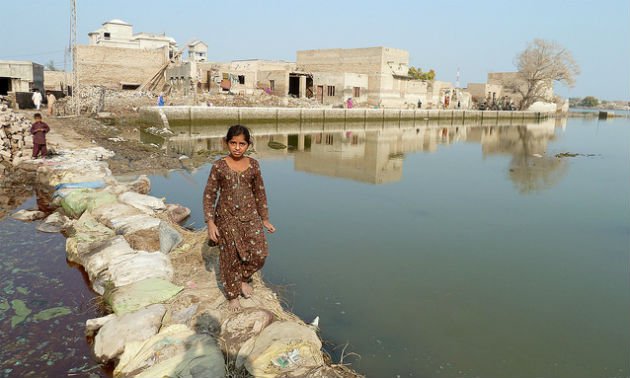 Standing water after natural disasters like floods or tsunamis can be breeding ground for mosquitos leading to malaria outbreaks.
Image: Flickr: UK Department for International Development

Bacteria, viruses, and protozoans (like Giardia) live pretty much everywhere. They can live in water and then leave that water to enter food sources. When food is prepared with contaminated water, contaminants like E. coli, salmonella and a host of other microorganisms remain in that food. Once consumed, these tiny killers are perfectly happy inside your body causing food and water-borne illnesses. Diseases caused by parasites are especially dangerous because they cause malnutrition.

Microorganisms that make up these diseases thrive especially well in warm, standing water. Malaria (the disease caused by a parasitic protozoan transmitted via mosquito) is rampant in regions with warm, still water because it provides the perfect conditions for mosquito to breed.

Contaminated ground water is major source of water and food related disease. Worms, viruses, bacteria etc. can infiltrate groundwater. This happens when a latrine, or outhouse, is placed near a drinking water source. Other contaminants such as pollutants like arsenic, which occurs naturally in groundwater should be filtered out through infrastructure. The list of water-borne illness is long. Even with access to clean water there are factors that can contaminate clean water. 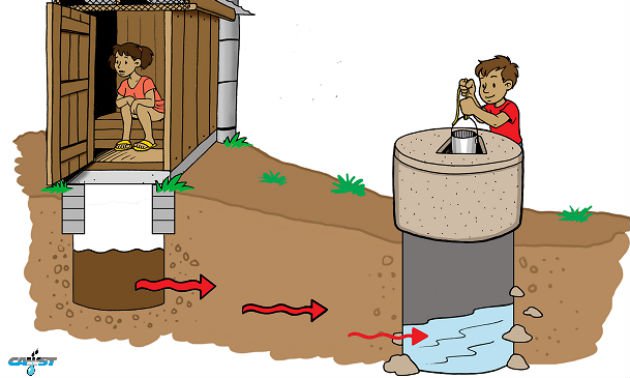 Education is the first step to creating awareness of the dangers of defecating in open areas and building latrines close to drinking water.

When resources like fuel for cooking fires are scarce, people sometimes forego boiling water because it doesn't seem necessary. But by educating people on the importance of good hygiene and sanitation, millions of water- and food-related illnesses can be prevented.

Infrastructure for communities without access to clean drinking water is also necessary to keep water clean and eliminate water-borne illnesses. Once education and access to clean water is provided, then not only will overall health improve, but children will also live healthier lives.

Water-borne illnesses like cholera, typhoid fever, and malaria have made humans sick and caused deaths for thousands of years. But that doesn't mean deaths are inevitable. The technology and funding exists to provide clean water and sanitation for everyone. The World Health Organization estimates that it would cost $US 22 billion a year to provide access for all to improved water and sanitation.

Considering that's about 3 percent of what the US spends on its military alone, I would call this a reasonable target.

2.1 billion people gained access to improved sanitation in the last fifteen years. I believe access for the remaining 2.5 billion can happen in the next fifteen, especially since clean water and sanitation is one the 17 Global Goals that will guide international development through 2030.

Talking about proper poop methods may be taboo, but breaking taboos is part of changing the world for the better. Education programs targeting good hygiene and the importance of sanitation make a big difference in improving health. Creating infrastructure, building toilets (and outhouses) in the right spots, plus access to clean drinking water are major components of ending extreme poverty.