Rohingya Muslims are silhouetted against the dusk sky in a refugee camp on, Nov. 24, 2017, in Bangladesh.
Wong Maye-E/AP
Citizenship

In just over a week, the government arrested two journalists and blocked a UN investigator.

The Burmese military has said it is investigating the existence of a mass grave in Inn Din, Myanmar, a village in the Maungdaw township of Rakhine state that has been the site of major violence since Aug. 25.

In a Facebook post on Monday, the commander in chief of Myanmar’s army, Min Aung Hlaing, said “strong legal action will be taken if any member of security forces are involved,” the New York Times reported.

The statement reflects the government’s efforts to demonstrate that it takes allegations of violence against the Rohingya seriously; however these sentiments are at odds with the governments moves to block international, independent investigators from accessing and assessing the conflict-affected areas. 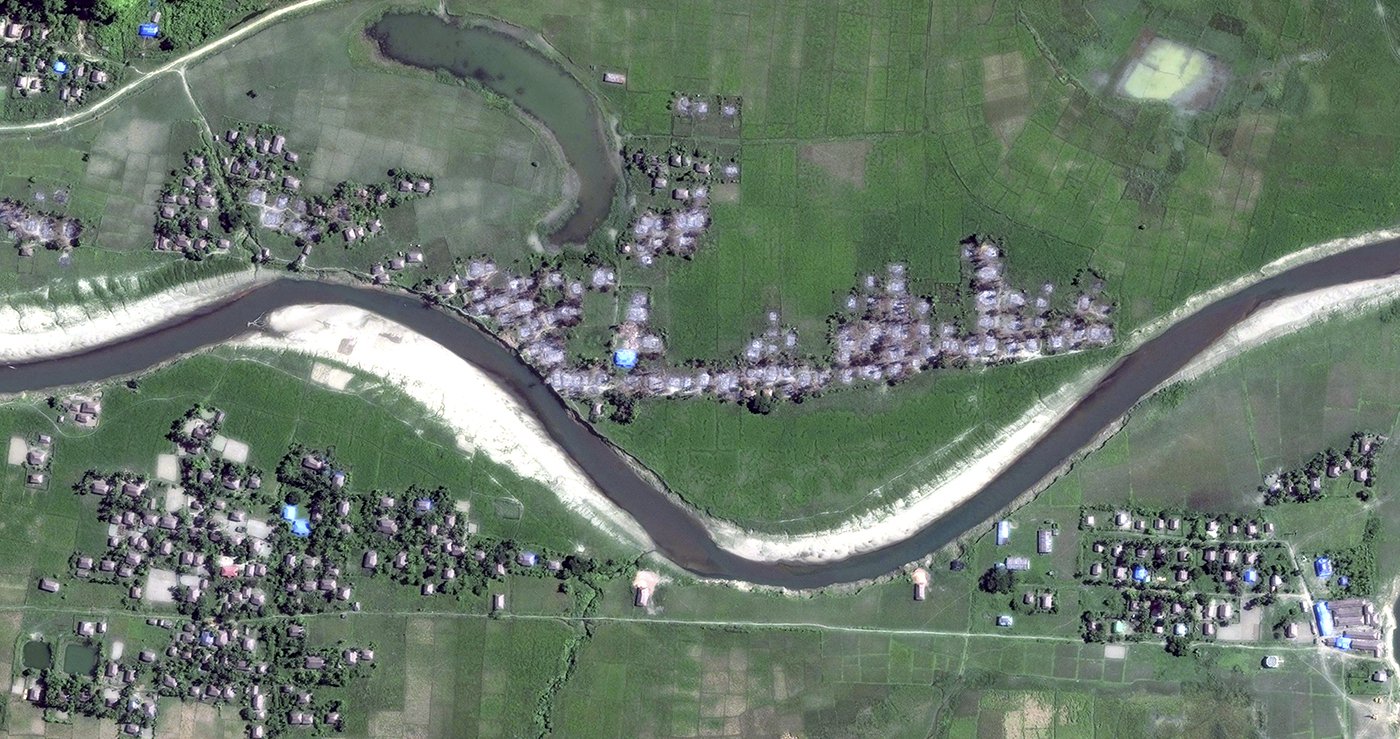 The government continues to close itself off to independent investigators in favor of conducting its own investigations, and the military says “a detailed investigation is being conducted to get to the truth” of unidentified “people being killed and buried” in Inn Din’s cemetery.

Earlier this year, the military similarly opted to conduct its own investigation into accusations of rape and murder of Rohingya people, ultimately absolving itself of all wrongdoing, the Guardian reported.

In an apparent move to stem the flow of information about the mass graves, the Burmese government arrested two Burmese journalists employed by Reuters last week for allegely violating Myanmar’s Official Secrets Act — a law that the government has relied on to arrest and detain journalists numerous times, according to Reuters. The journalists were in possession of photographs of Inn Din — though what the photos show has not been confirmed — given to them by villagers who were later arrested as well, the New York Times reported.

As news of the mass grave has emerged, the government has also blocked investigation by the United Nations.

Read more: Myanmar Asked the UN to Take Down a Report — Here’s Why That Matters

On Wednesday, Myanmar banned Yanghee Lee, the UN Special Rapporteur on Myanmar who is charged with investigating the country’s human rights situation, according to CNN. Zaw Htay, a spokesperson for the government, told CNN that Lee "is not impartial and objective when conducting her work, there is no trust in her."

But this is not the first time that the country has blocked the UN’s independent investigations. The government refused to issue visas to a UN investigation team earlier this year, the Guardian reported.

According to the government’s figures, just 400 people — 376 of whom it says were terrorists — died during its “counter-insurgency” “clearing operations,” the Washington Post reported.

But those figures do not come close to the death toll estimates of NGOs and human rights organizations.

Médecins Sans Frontières (Doctors Without Borders) estimates that, by its “most conservative estimates,” 6,700 Rohingya were killed in just the first month of the Burmese military’s clearing campaign. And this number excludes thousands of people who died of other conflict and poverty-related causes like starvation and drowning as they attempted to reach Bangladesh.

Since violence erupted on Aug. 25, more than 630,000 Rohingya have fled to Bangladesh, according to the UN Refugee Agency.

The governments of Bangladesh and Myanmar recently reached an agreement and will begin repatriating Rohingya refugees in late January, but organizations like Human Rights Watch have cautioned against the hasty return of refugees.

“Burma has yet to end its military abuses against the Rohingya, let alone create conditions that would allow them to return home safely,” Bill Frelick, refugee rights director at Human Rights Watch, said.

Global Citizen campaigns for freedom, for justice, for all. You can take action here to support refugees.

TopicsCitizenshipRefugeeMyanmarRohingyaBurma
Rohingya Muslims are silhouetted against the dusk sky in a refugee camp on, Nov. 24, 2017, in Bangladesh.
Wong Maye-E/AP