It’s been mostly hidden from the world until now. 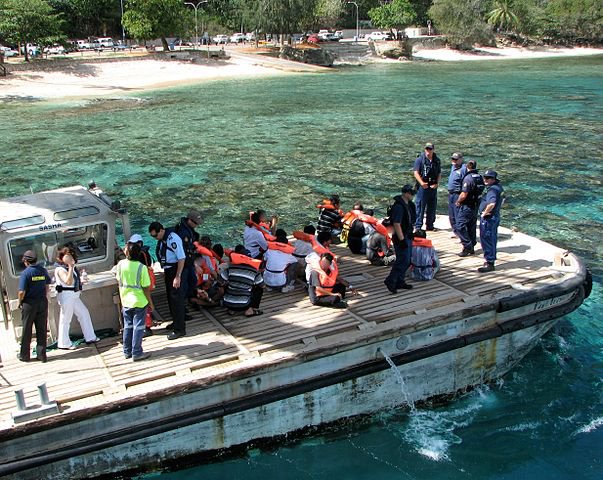 Refugees who seek safety and opportunity in Australia often find the opposite, according to a new report by Amnesty International and Human Rights Watch.

The country has a zero tolerance policy for refugees who arrive by boat. If a group of refugees makes it to the shore in a flimsy boat, exhausted and terrified, they’ll eventually be rounded up and shipped to detention centers on the Nauru and Manus islands.

The government frames this approach as a way to deter illegal immigration, but, in reality, it just leads to the prolonged suffering of refugees who are desperately seeking asylum.

“Australia’s policy of exiling asylum seekers who arrive by boat is cruel in the extreme,” said Anna Neistat, senior director of research at Amnesty, to The New York Times. “Few other countries go to such lengths to deliberately inflict suffering on people who seek safety and freedom.”

When they get to the detention centers on Nauru, they face constant, dehumanizing abuse, according to the report, which features interviews with 84 people over 12 days. More than 1,000 refugees live on Nauru.

In essence, the Australian government is paying $900 million annually for services on the islands and this money indirectly funds widespread human rights violations, the report alleges.

The details from the Amnesty International and Human Rights Watch report are startling:

This state of affairs is allowed to continue because of its secrecy.

The government regularly denies requests from human rights groups and journalists to visit the island. Services on the island are carried out by third parties that are largely unaccountable because of the lack of transparency and employees are forbidden from disclosing any information about conditions.

The access gained by the two NGOs is unprecedented and could lead to action. Already, a bill is being prepared that would grant easy access for journalists to see refugees, with the understanding that increased exposure and advocacy would make permanent change inevitable.

As the number of displaced people reaches new highs around the world, the plight of refugees on Nauru is a jarring display of callousness, but it is far from the only place where refugees are abused.

Read more: 2016 Is Set to Be the Deadliest Year Yet for Refugees — But Nobody Is Talking About It

The government and the service providers deny that abuses occur, but such allegations are not new. Australia’s refugee policy has been dogged by controversy for years.

“I’ve been doing this work for 15 years, covering mainly warzones and closed countries and I think I’ve seen my fair share of human rights abuses and injustice,” Neistat told The Guardian.

“But the level of secrecy and the fact that these abuses are perpetrated not in the context of a war zone, not in context of an inherently oppressive government cracking down on its citizens,” she said. “But that these abuses are perpetrated or condoned by Australia, and against the most vulnerable people, some of whom fled the most oppressive conflict areas in the world.”