Evan Mandino, right, sits with neighbors on a couch outside their destroyed homes as sun sets in the aftermath of Hurricane Maria, in Yabucoa, Puerto Rico, Tuesday, Sept. 26, 2017. Governor Ricardo Rossello and Resident Commissioner Jennifer Gonzalez, the island’s representative in Congress, have said they intend to seek more than a billion in federal assistance and they have praised the response to the disaster by President Donald Trump, who plans to visit Puerto Rico next week, as well as FEMA Administrator Brock Long.
Gerald Herbert/AP
Finance & Innovation

The island has an unprecedented chance to become more resilient.

Puerto Rico is ending its energy contract with Whitefish Energy Holdings as the island’s energy crisis continues to leave people without power.

After Congress, FEMA, and citizens throughout the US raised concerns about a $300 million contract to rebuild Puerto Rico’s energy grid following last month’s storm, Puerto Rico’s governor, Ricardo A. Rosselló, cancelled the arrangement over the weekend, adding further uncertainty to the island’s recovery efforts.

“I am making this determination because it is in the best interest of the people of Puerto Rico,” Rosselló said at a news conference, according to The New York Times, adding that even though he had found no evidence of illegal activity, continuing with Whitefish Energy Holdings was untenable because of the mounting outrage.

Whitefish, which has been paid $20.8 million by the Puerto Rico Electric Power Authority (Prepa), will continue the projects it has begun, according to the Times. So far the company claims to have rebuilt two transmission lines, which have brought back power to the city of Manatí and to parts of the capital San Juan.

All told, the two hurricanes have caused the biggest blackout in US history. But the scale and duration of the damage was made worse by longstanding problems, according to Judith Enck, former Environmental Protection Agency regional director for an area that included Puerto Rico.

“There’s no question that the electricity grid in Puerto Rico was in very bad shape prior to the two hurricanes,” Enck told Global Citizen.

“It was kind of a triple threat,” she added. “It was unreliable, it was expensive, and it was dirty.”

She said that Prepa, the utility monopoly, had poorly managed the island’s energy grid. The island gets the bulk of its electricity from fossil fuel power plants that have to ship in coal, oil, and natural gas from off the island at high cost. The average age of the island’s power plants is 60, “which is basically three times older than it should be.”

Additionally, the vast majority of the plants are far from the bulk of the population in and around San Juan, so even though many of the plants are back online, 80% of the system’s transmission infrastructure needs to be rebuilt before electricity can be carried to homes and businesses — hence the warning that parts of the island could be without power for up to six months.

In the aftermath of the two hurricanes and as a new contractor to rebuild the grid is found, the island has one of two options: it can rebuild the same old grid, or it can modernize its energy system.

“Is FEMA going to fund the unreliable, expensive, dirty grid?” Enck said. “As of today, the answer is yes.”

Read More: US Navy Says Mostly Empty ‘Floating Hospital’ Off the Coast of Puerto Rico Is for Emergencies Only

That’s because FEMA, which is funding the project, has a policy of returning infrastructure to the condition it was in prior to a storm, rather than funding new instructure, Enck said.

That means hundreds of millions of dollars could go toward building infrastructure that could just be devastated by future storms. 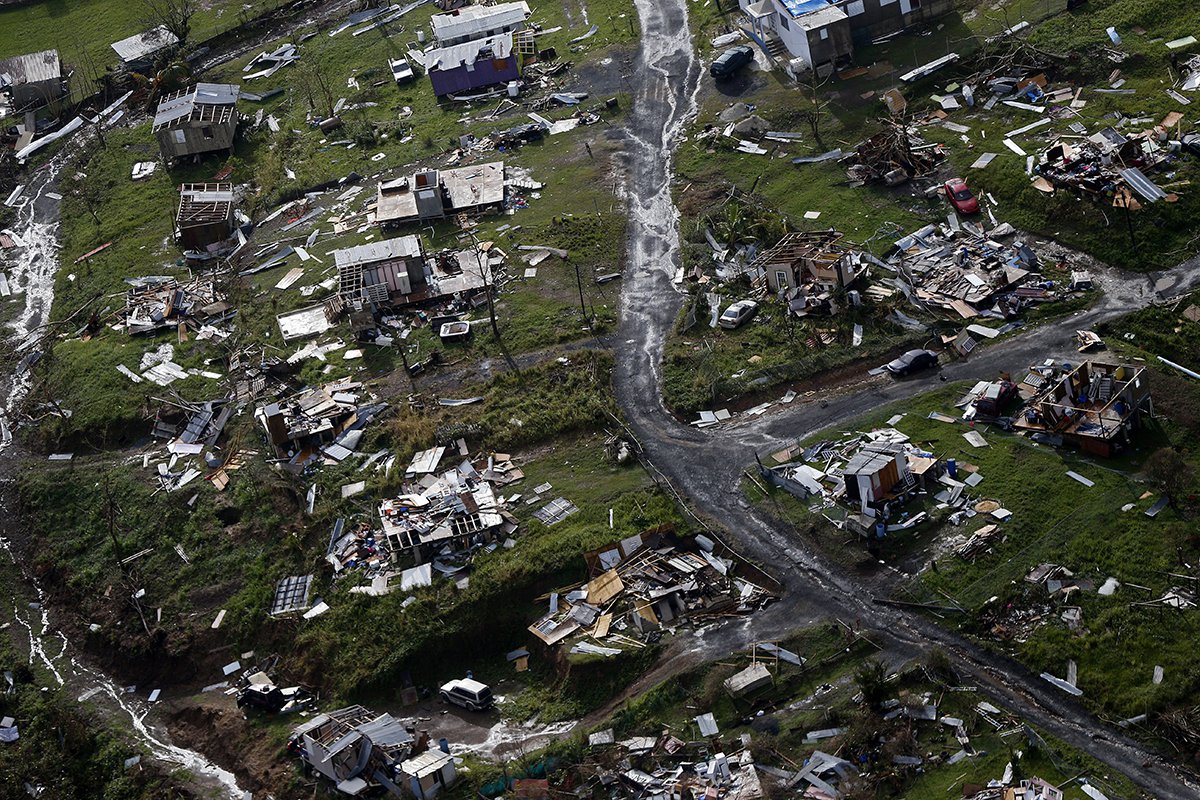 But Congress is currently finalizing an emergency spending bill for the damage caused by Hurricane Harvey, Irma, and Maria, and there’s a bipartisan push — led by Senators Al Franken of Minnesota and Lisa Murkowski of Alaska — to force FEMA to change how it funds the rebuilding effort.

“Hurricanes Irma and Maria wreaked destruction and caused enormous human suffering in Puerto Rico and the US Virgin Islands,” they wrote in a letter to Senate leaders Mitch McConnell and Chuck Schumer. “We believe that it is imperative that we provide the necessary federal assistance for the millions of Americans trying to recover. We also request that federal assistance allow communities to rebuild more resilient and sustainable infrastructure that is less vulnerable to extreme weather.”

The damage sustained by Puerto Rico is unprecedented in the island’s history. But the opportunity to change how it generates and accesses energy is also unprecedented.

“The basic point is that these storms are happening already and are becoming much more frequent and much more severe and we have to prepare for them,” said Romany Webb, a climate law fellow at Columbia University’s Sabin Center for Climate Change Law.

“A lot of political leaders are content to stick their heads in the sand on these issues which is really disappointing because these storms have such devastating effects and are much more likely with climate change,” she added. 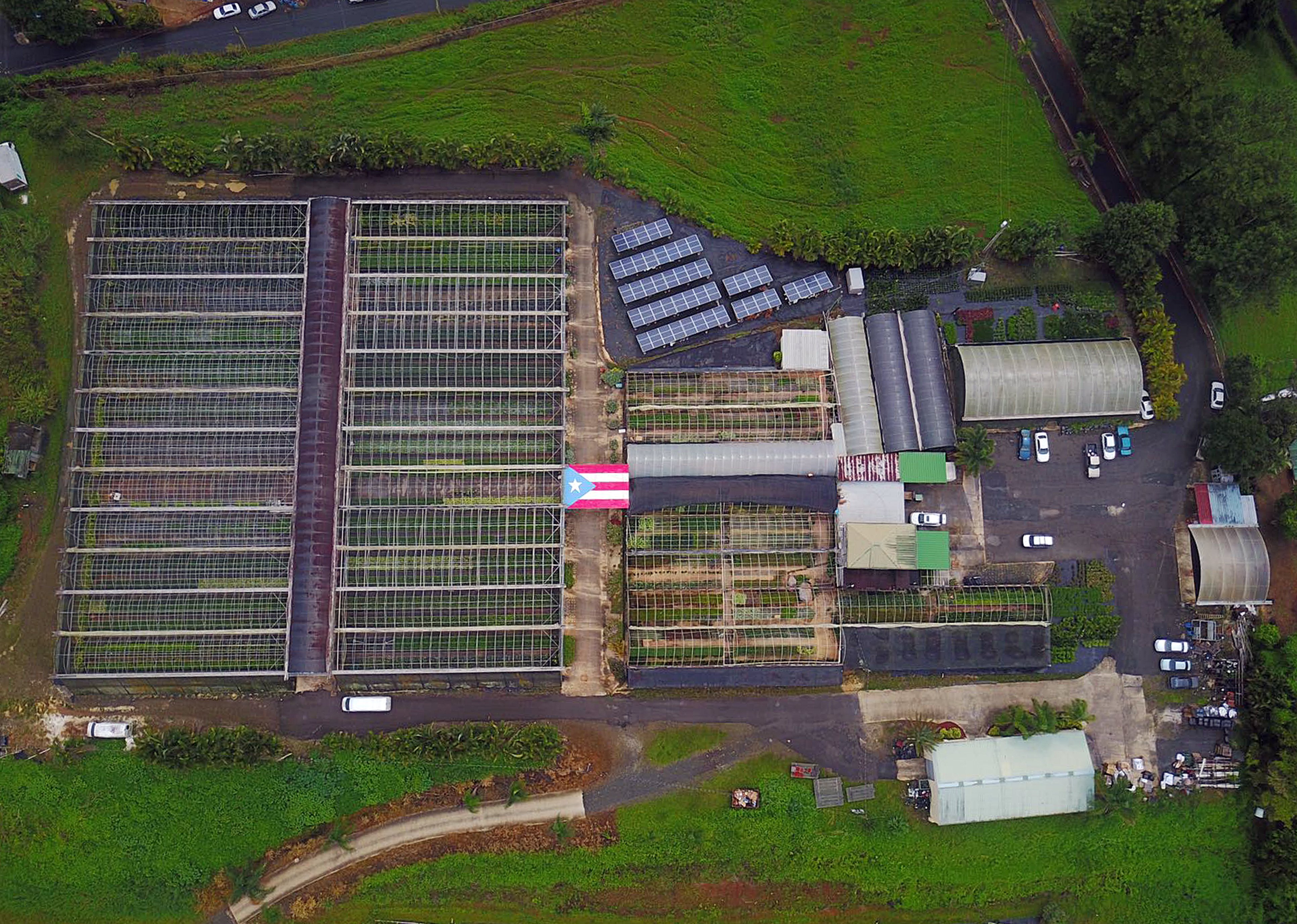 If FEMA decides to “rebuild more resilient and sustainable infrastructure” it could consist of two fundamental changes, according to Enck and Webb.

First, it would have to be decentralized. Building microgrids and distributing power plants throughout the island rather than clustering all power generation in a central location would make the entire grid more flexible and easier to restore if damage is sustained, they said.

For example, Prepa would no longer have to rely on massive, island-spanning transmission cables that are vulnerable to storms. Enck said that she spent time in the US Virgin Islands after they were devastated by this hurricane season.

“I saw that solar panels were destroyed, but you can put them back together again a lot quicker,” she said. “When your microgram is damaged you can fix it in a matter of days or weeks not months or years.”

This advantage is being championed by Tesla’s Elon Musk, which has already overseen the construction of a solar storage system for a children’s hospital on the island.

Currently, Puerto Rico gets 2-4% of its energy from renewables, “even though there’s such a plentiful supply of wind, solar, and water,” Enck said.

The island has a goal of getting 20% of its electricity from renewables by 2035, according to Reuters, but there’s potential for accelerating this target if FEMA begins investing in renewable projects.

Why Puerto Rico’s Grid Should Be Modernized 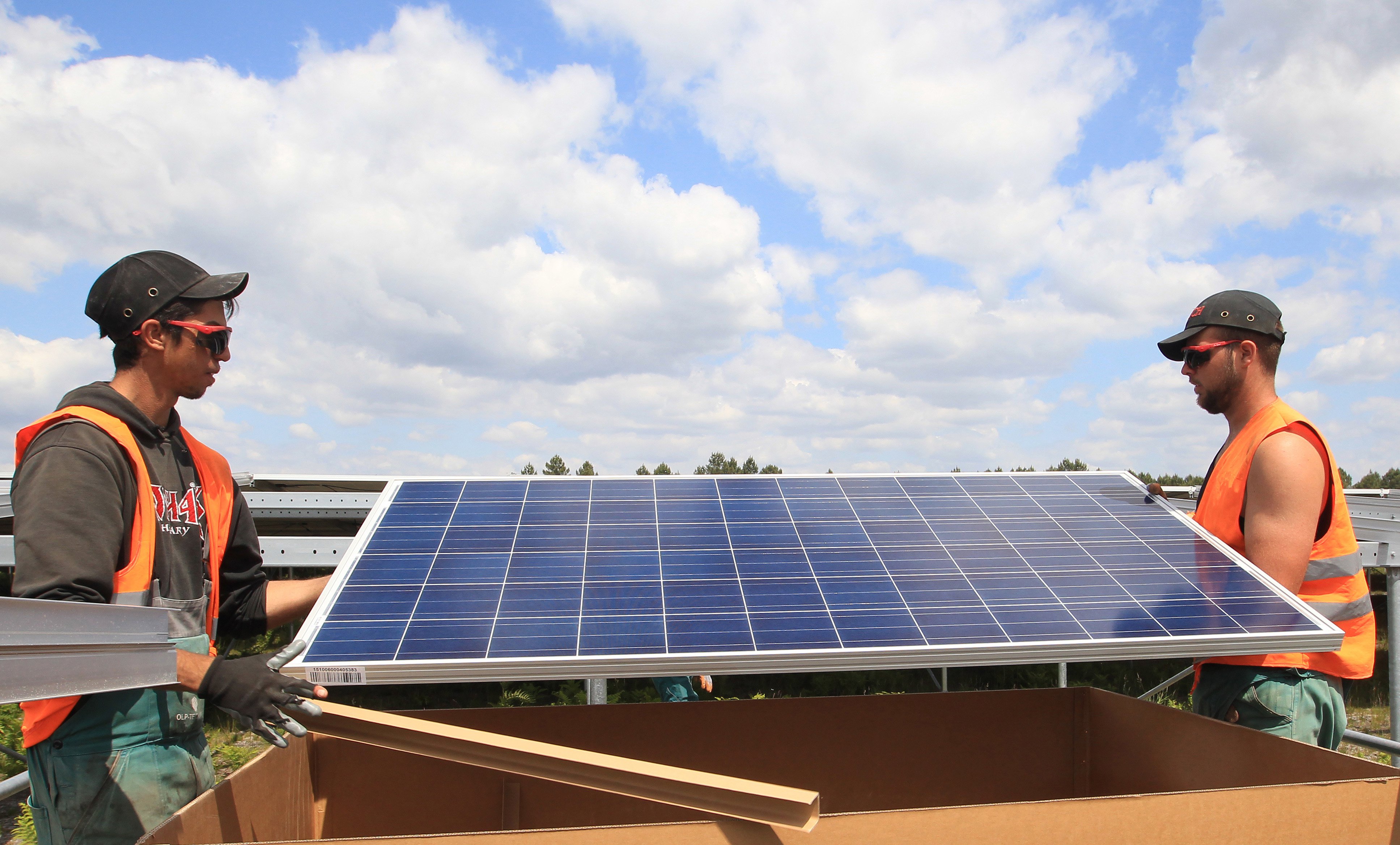 The first argument for modernizing Puerto Rico’s grid is purely fiscal, according to Enck, because when future hurricanes hit, rebuilding efforts will be less costly.

“We don’t want everything to come tumbling down like it did,” she said. “From a fiscal perspective, Congress should be interested in rebuilding the grid very differently.”

Cuba, for example, gets more of its energy from distributed, renewable power, according to Webb, and that has allowed the country to bounce back faster after it was hit by Irma.

Renewable energy would also be cheaper for residents of Puerto Rico. Currently, the island has some of the highest electricity bills in the US because of Prepa’s costly habit of getting fossil fuels shipped from off the island.

“This is a reminder that climate change is bringing us more violent weather and we need to fundamentally change the way we get our electricity,” Enck said. “We need a dramatic shift away from fossil fuels.”

Ultimately, however, resilience and sustainability will only come about if funding mandates are changed at FEMA — and that depends on putting pressure on politicians.

“I think people just assume that we will just rebuild with renewables but unless Congress tells [FEMA] to do it we’ll be right back where we started,” Enck said.

She said that people throughout the US can call their legislators to ask them to support building resilient infrastructure in areas hit by hurricanes.

Global Citizen campaigns on the Global Goals, which call for transforming energy systems to be more resilient and sustainable. You can take action on this issue here.

TopicsCurrent eventsFinance & innovationPuerto RicoRenewable energyEnvironmental Protection AgencyFEMADisaster reliefEnergy gridWhitefish Energy HoldingsEnergy system
Evan Mandino, right, sits with neighbors on a couch outside their destroyed homes as sun sets in the aftermath of Hurricane Maria, in Yabucoa, Puerto Rico, Tuesday, Sept. 26, 2017. Governor Ricardo Rossello and Resident Commissioner Jennifer Gonzalez, the island’s representative in Congress, have said they intend to seek more than a billion in federal assistance and they have praised the response to the disaster by President Donald Trump, who plans to visit Puerto Rico next week, as well as FEMA Administrator Brock Long.
Gerald Herbert/AP