Puerto Rico’s Crisis Is About Poverty, Not Infrastructure

Puerto Rico’s crisis in the wake of Hurricanes Irma and Maria is systemic.

In the midst of his tweet-storm Monday night about the NFL’s kneeling protests, US President Donald Trump took a minute to address the emergent humanitarian crisis in Puerto Rico in the wake of Hurricanes Irma and Maria.

Currently nearly the entire island, home to 3.4 million Puerto Ricans, is without power; cracked dams are threatening to flood entire communities; and the island’s sole congressperson in the US House, Rep. Jenniffer Gonzalez-Colon, said that, “This is not the same island,” as it was before the storm.

“Texas and Florida are doing great but Puerto Rico, which was already suffering from broken infrastructure & massive debt, is in deep trouble,” Trump wrote. “It’s old electrical grid, which was in terrible shape, was devastated. Much of the Island was destroyed, with billions of dollars owed to Wall Street and the banks which, sadly, must be dealt with. Food, water and medical are top priorities - and doing well.”

In a sense, Trump is right.

Puerto Rico’s infrastructure is seriously outdated, and even before the two hurricanes hit the island in quick succession, “power outages were routine, even in cities,” NPR reports.

But Puerto Rico’s current crisis in the wake of two deadly storms goes beyond its “broken infrastructure” or its “massive debt.”

Those two things are simply the byproducts of a much deeper crisis: the crisis of systemic poverty.

The legacy of US colonialism in Puerto Rico, and the island’s current status as a US protectorate, has left the island’s government without the resources to provide basic services as it struggles to pay off its debts, and at the same time has made it nearly impossible to call on help from other countries.

Puerto Rico — caught between state and nation, man-made financial crisis and ecological disaster, Hurricane Irma and Hurricane Maria — has long suffered from the Catch-22 of poverty and economic dependence, and the upcoming months could see a longstanding economic disaster turn into a floodgate of immense human suffering. 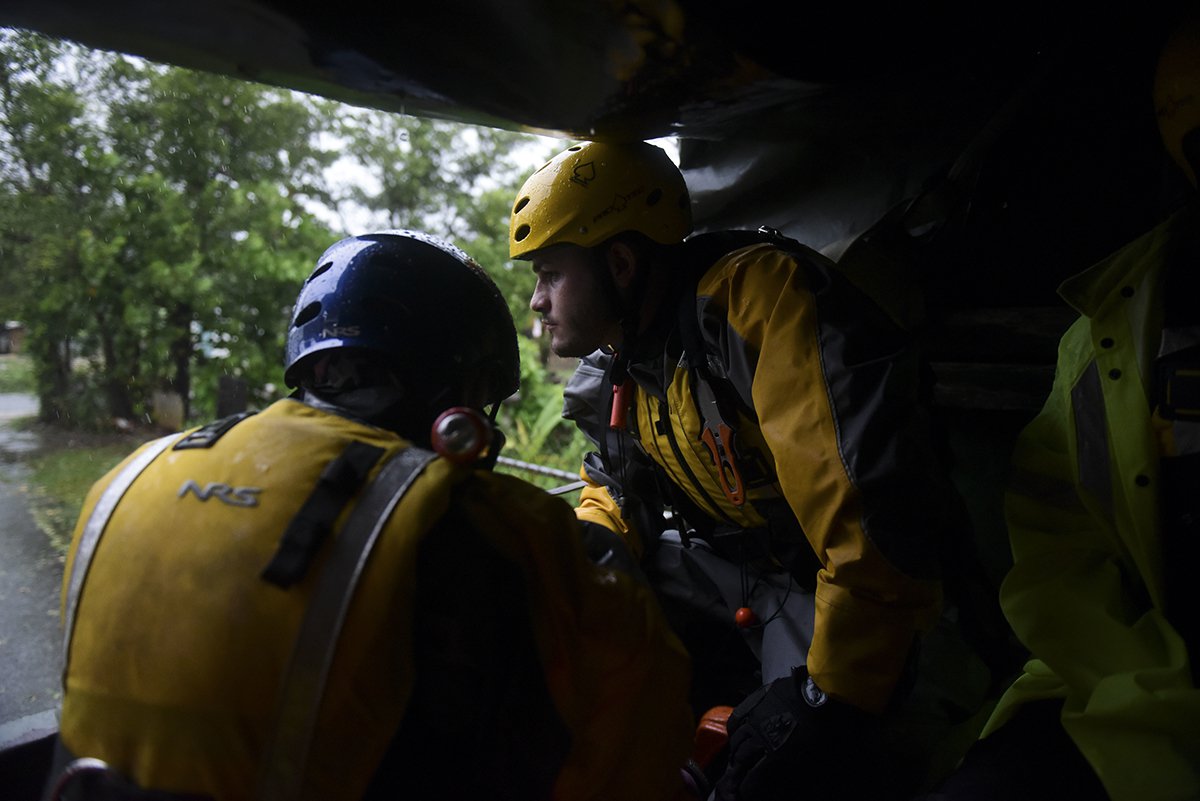 If Puerto Rico were a US state — which it is not, and which is part of the problem — its per capita income would be half that of the poorest state in the nation: Mississippi. More than 40% of Puerto Ricans live below the poverty line, and the unemployment rate is well into the double digits, according to the New York Times.

The country is $70 billion in debt, schools are closing by the hundreds, and infrastructural services — like the overburdened electricity system — have been overlooked in order to make way for debt payments to Wall Street creditors, according to Juan Cartagena, President and General Counsel of LatinoJustice PRLDEF, a public interest law firm.

“The roots of the crisis have everything to do with how the island was forced to cow down to its creditors,” Cartagena told Global Citizen. “The real issue here is that the island has been beset by a series of ridiculous decisions made by the political administrations of both parties.”

Read More: In the Wake of Hurricane Maria, Here’s How to Help People in Puerto Rico

Starting in the 1970s, in an attempt to spur investment on the island, the United States Congress incentivized US companies to set up shop in Puerto Rico by giving them huge tax breaks, Vox has explained. Then in 2006, after 30 years, those tax breaks expired, companies pulled out of the island, taking with them well-paying jobs and tourism, and the island fell into a deep recession.

In order to provide even minimal human services like education, electrical systems, road maintenance, and other infrastructural needs, the government accrued more and more debt in the form of municipal bonds. By 2016, the government was $74 billion in debt.

But as a protectorate, and not a state, Puerto Rico cannot file for bankruptcy and be eligible for a federal stimulus package, according to the Times.

A key part of the government, the island’s sole utility company, PREPA, defaulted on interest payments to bondholders in July of this year, Vox reports, leading to widespread power outages.

“Not only does PREPA not have money to invest in renewable, modern energy systems, it can barely repair and maintain its current system, which is why islanders constantly have to deal with power outages,” Alexia Fernández Campbell wrote in Vox.

“Even things like trimming trees were long ago let go,” Cartagena said. “Now we’re dealing with the prospects of months of no power.”

Exacerbated by this, young Puerto Ricans faced with limited job prospects have left the island in droves to come to the mainland, where they can live and work without having to obtain a visa. (Puerto Ricans are, after all, US citizens.)

According to the Intercept, the island’s population has decreased by 10% in the past decade. More often than not those leaving have been young people, according to Angelo Falcón, head of the National Institute for Latino Policy.

“This is a very high poverty population, as well,” Falcón said. “We’re talking about over 40% poverty level in Puerto Rico, and you also have a 12% unemployment rate, and then you have on top of that — mainly because of those things — a large exodus of Puerto Ricans.”

Now, in the aftermath of the two hurricanes, “you’re going to have more of the working age population leaving,” he said. “You’re going to wind up with an older population in Puerto Rico that’s going to be even more dependent on services.” 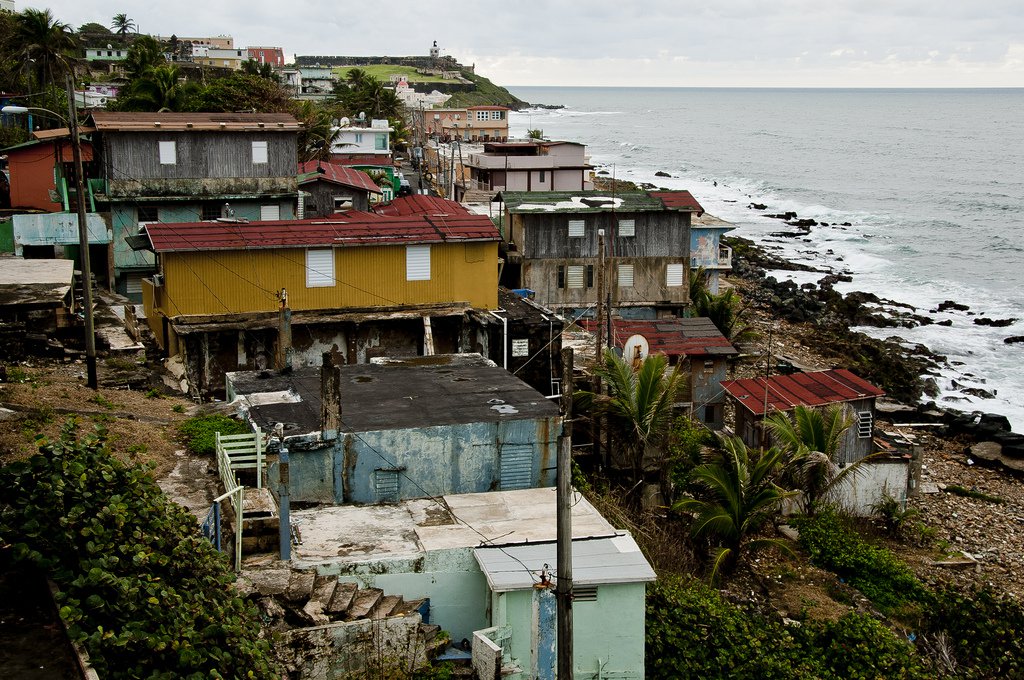 In 2016, Congress voted to establish a so-called “oversight board,” with the aim of restructuring the island’s debt.

Called the Puerto Rico Oversight, Management, and Economic Stability Act (PROMESA), the oversight board has suggested that the best way to deal with the crisis is through austerity policies that, more often than not, are hurting the very people already living in poverty.

“Hurricane Maria’s destruction has laid bare the political subjugation Puerto Rico has experienced since 1898,” Adriana Garriga-López, an associate professor of anthropology at Kalamazoo College, wrote. “This imbalance of power has led to a flawed relationship in which the U.S. prioritizes Puerto Rico’s credit obligations—held primarily by vulture funds from the U.S.—over its inhabitants’ quality of life.”

Since 2016, the Commonwealth government has been forced to shut down 179 primary and secondary schools, increase the sales tax to 11.5%, and “sharply [raise] electricity and water rates,” while calling for a $450 million cut to the island’s public university — all policies that hurt the nearly half of Puerto Ricans living below the poverty line.

“PROMESA basically is bailing out corporations over and above people,” Arlene Dávila, professor of Anthropology and American Studies at New York University, told Global Citizen. “The roads that are crumbling, these are roads that needed attention five years ago, 10 years ago,” she said. “The bridges are failing, the schools are unopened.”

This year, the oversight board proposed eliminating subsidies for public housing and nutritional assistance in schools in order to pay back Wall Street creditors.

When assigning hurricane relief funds to communities across the country, the oversight board’s austerity policies may also privilege wealthier at the expense of the most vulnerable, argues Natasha Lycia Ora Bannan, also at LatinoJustice PRLDEF, who published an op-ed in the Huffington Post.

“The lack of transparency in assigning public funds and the discriminatory impact on how vulnerable communities in particular are devastated by austerity may become evident again as Puerto Rico awaits disaster relief funds, and communities await to see how those funds will be distributed,” she wrote.

Those who are familiar with Puerto Rico have been warning of the impending humanitarian crisis for a long time.

“Puerto Rico is now beset by two distinct, but closely intertwined, crises,” Democracy Now’s Juan Gonzalez said in 2015. “One is fundamental stagnation of its economy, that has persisted for decades and is a direct result of its being a colony of the United States. The other is an immediate budgetary debt crisis that has been gathering steam for the past 10 years.”

“These two calamities have now combined to create a humanitarian catastrophe, one that is unraveling far more rapidly than most of us realize,” he added. 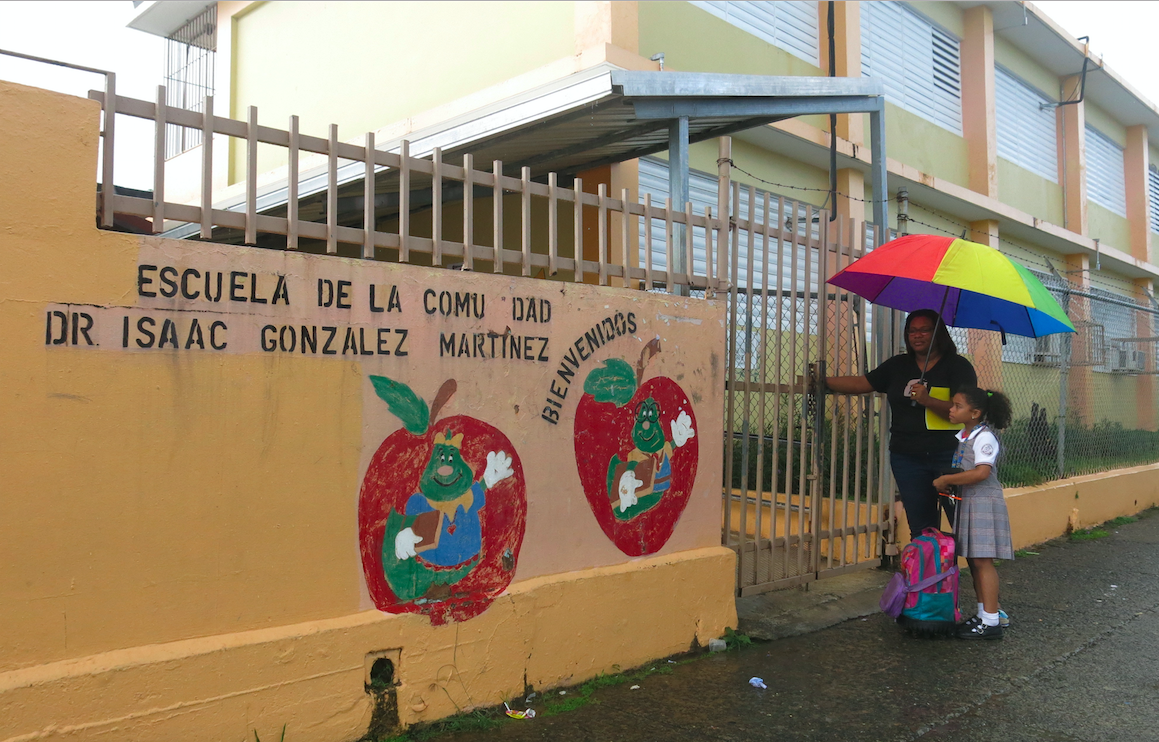 In the wake of the twin storms that brought a path of destruction across Puerto Rico in the past month, Congress requested emergency assistance from FEMA for Puerto Rico and the US Virgin Islands. The window for FEMA’s assistance is 60 days, but experts expect it could take four to six months just for electricity to be restored across the island.

Outside of that 60 day window it’s unclear how humanitarian help will make it to the island, where already people are dying from heat and stand at risk from the lack of safe drinking water.

“The big difference is that Puerto Rico is a territory, is a colony, of the United States so it doesn’t have all the assurances and safety nets that a US state like Louisiana has,” Falcón said.

Read More: These Caribbean Islands Are Running Out of Food and Water in the Aftermath of Hurricane Irma

This is in part due to an obscure maritime law from 1920 called the Jones Act that prevents non-American ships from bringing resources to the island without having to pay additional taxes. This limits the available ships that can transport food and clean water, and can thereby lead to food prices in Puerto Rico being double what they are in Florida, according to the Times.

Members of Congress, including Senator John McCain and Representative Nydia Velazquez have called for the United States to waive the Jones Act for one year in order to allow supplies to reach Puerto Rico, but senior officials have said that the waiver may not be necessary, as “there is not a lack of vessels to move the goods that we need to support the humanitarian relief efforts.”

Even if the Jones Act were to be waived, the question of how to rebuild a country still wracked by public debt remains.

“Down the road the issue is the politics of how the hell do we get resources into Puerto Rico to reconstruct the economy, the government, the infrastructure?” Falcón asked. “It’s not a state, it’s also not an independent country, it can’t go to the [International Monetary Fund] or the [United Nations].”

Beyond waiving the Jones Act, another possible solution to Puerto Rico’s crisis would be debt amnesty, Fortune reports. This much has been proposed by Working People’s Party spokesperson and University of Puerto Rico professor Rafael Bernabe, who has called for the debt to be labeled as “premeditated” and “immoral,” according to The Nation.

Auditing the island’s debt in this way would allow Puerto Rico to begin to rebuild in a way that benefits its citizens, and not Wall Street investors.

What's clear is that in the wake of Hurricanes Irma and Maria, Puerto Rico needs more than a temporary infrastructural fix. It needs to embrace policies that address the root causes of poverty — policies that put money and resources directly in the hands of the nearly 2 million American citizens living below the poverty line.

Until that happens, Puerto Rico’s crisis will continue well after the storm recedes.