Not everyone in Canada has clean water. 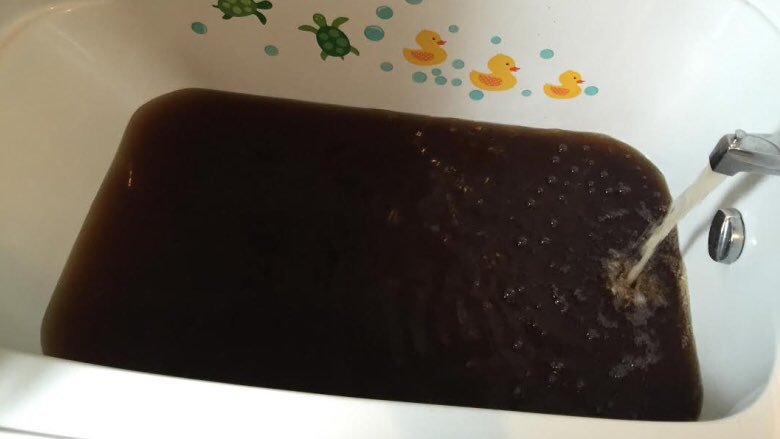 In October 2016, the Department of Indigenous and Northern Affairs (INAC) agreed to place a new water system in Potlotek First Nation to improve the community’s discoloured water.

But almost a year later, the community is now being told their water is unfit for drinking or washing.

The band in Nova Scotia was advised to implement a drinking water advisory in an email from Health Canada that has been posted on the Potlotek Events and Community News Facebook page.

The email stated that the latest results from the community’s water samples indicate that the manganese and iron concentrations in the drinking water supply exceed the Aesthetic Objectives outlined in the Guidelines for Canadian Drinking Water Quality.

Take Action: Join The Lumineers in Calling On Businesses to Support Clean Water and Toilets

“Based on these results, and in consultation with our regional public health specialist, Health Canada - FNIHB is recommending that the Band implement a Drinking Water Advisory in the community. Community members should be advised to not consume, bath or launder clothes with the water,” the email reads.

Members of the community organized a protest last year demanding that the government do something to fix the water issue.

The water on Potlotek First Nation has been discoloured occasionally since last year. This photo was taken in Potlotek in September 2016. pic.twitter.com/3SbnYsJC7m

Bernadette Marshall was one of the organizers and she told CBC that the water has been brown during many days this year.

"I was drinking water from the tap until last night," Marshall told CBC. "I was told it was safe to drink. I personally am very, very angry. I'm angry, like, what are they trying to do to us?"

Ensuring clean water in First Nation communities has long been an issue in Canada. In the past, Prime Minister Justin Trudeau has promised to end boil-water advisories on reserves within five years, but many remain.

INAC says it is working with Health Canada, the First Nation and a consultant to address the community’s water issues, but there is no indication of a set timeline, according to CBC.

Repairs that cost $841,000 have been completed to the current system and design work is underway for the installation of a new water treatment system.

For now, some clean drinking water is available at the band office.