There’s more to Justin Trudeau than a stark contrast between him and Donald Trump. 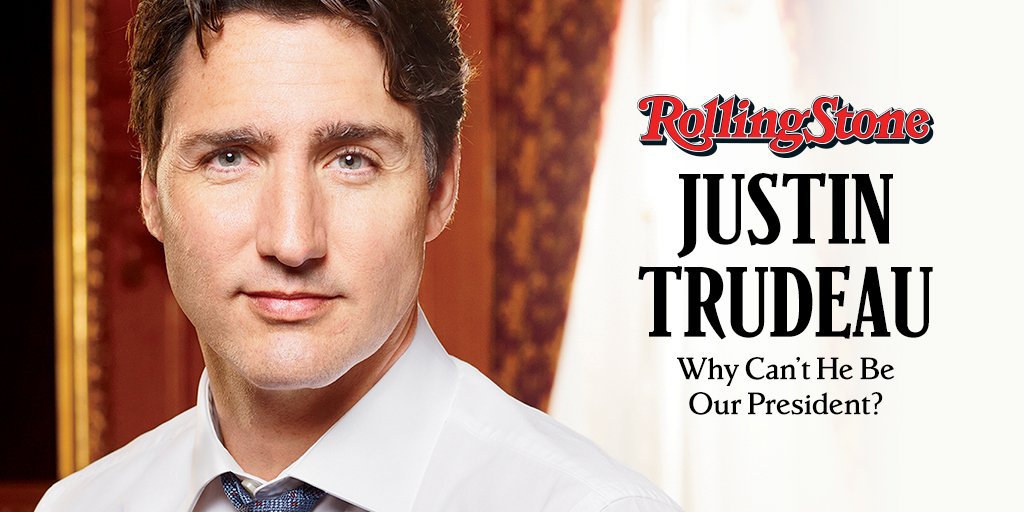 It’s hard not to compare US President Donald Trump and Canadian Prime Minister Justin Trudeau — they’re presidents of neighbouring countries which have traditionally shared many values. But that’s not an accurate way to dissect a politician’s accomplishments — or failures.

The Rolling Stone article about Prime Minister Trudeau is making waves across social media. And while many Americans were gushing over it, some Canadians feel that it was overly complimentary, even if the article did address a few of the leader’s political pitfalls.

While the article included lots of great bits of information (Trudeau can ride a unicycle!), Canadians noticed it lacked a few key points of information. Here are a few passages from the Rolling Stone article that we’ve provided with a little more Global Citizen context.

From the Rolling Stone: “Join me as we visit a nation led by a man who wore a Hitchhiker's Guide to the Galaxy T-shirt on national television, rides a unicycle and welcomed 40,000 Syrian refugees with open arms.”

Yes, Trudeau is a handsome and charming man that many can relate to — and a leader who acts like the people seems likely to do things for the people. When Trudeau arrived at the airport to welcome Syrian refugees, many of us watched proudly as our new leader seemed to take a giant step forward in helping the international community.

Read More: Heroic Syrian Doctor Heads to Canada After Getting Blocked by US

But some time later, it remains to be seen how much help the Trudeau government will actually provide to foreign aid. The country’s development spending is at a near all-time low at just under $5 billion. Canada currently ranks as 18th in the world, according to the Organization of Economic Co-Operation and Development.

The United Nations target for foreign aid from developed countries like Canada is 0.7% of Gross National Income (GNI). Canada sits at 0.26%.

That’s not to say that welcoming the refugees wasn’t an important moment for Canada’s government, it’s just to point out that there’s more to be done on an international scale.

"For Trudeau, listening is seducing" and other awkward lines from Rolling Stone’s profile of Canada’s prime minister https://t.co/qfi5wtCXvx

From the Rolling Stone: “Trudeau's party swept into power on October 19th, 2015, increasing its vote total from 2.8 million in 2011 to almost 7 million. A few days later, his Cabinet – an exquisite sample of Canada's multiculturalism – marched together into Rideau Hall to be sworn in. A reporter asked what message he was trying to send with his cadre of female advisers. Trudeau just smiled. "Because it's 2015.”

This is where the government has truly delivered.

A few months later, on June 9, Minister of International Development and La Francophonie Marie-Claude Bibeau announced Canada’s new feminist international assistance policy. This policy puts women and girls at the heart of international assistance. It focuses on gender equality and the empowerment of women and girls, human dignity, environment and climate action, inclusive governance, peace and security, and includes a women’s voice and leadership program.

The policy allocates $150 million over five years to its women’s voice and leadership program. That funding will be used to support the needs of local women’s organizations in developing countries.

In July, the government announced a $241.5 million commitment in funding for projects supporting sexual and reproductive health rights (SRHR).

This policy is working under the premise that the best way to reduce poverty is to focus on women and girls.

The policy is not perfect — it lacks additional funding. But it’s certainly a bold commitment and one that the government seems to be following through.

From the Rolling Stone: "Trudeau's Liberals have also fumbled on some campaign promises, including electoral reform, but none as glaring as Trudeau's promise to Canada's 1.5 million indigenous citizens. The country created the Truth and Reconciliation Commission, and publicized the plight of more than 150,000 indigenous children taken from their families since 1883, only to be placed in orphanages and residential schools."

During his campaign in 2015, Trudeau said that if elected, he would respect the First Nations’ right to veto development on their territories — but he has since approved the Kinder Morgan’s Trans Mountain expansion.

The Truth and Reconciliation Commission released a report with 94 recommended calls to action “in order to redress the legacy of residential schools and advance the process of Canadian reconciliation.”

Trudeau has promised in the past to act on all 94 actions listed in the report. He has acted on some of them including asking the pope to apologize to Indigenous people, but he has many more to go.

The government’s pledge of $2.6 billion to First Nations education has resulted in new schools, according to CBC, but there is still a huge gap in funding between on-reserve schools and other schools.

Still, progress on Indigenous issues has been slow, and skeptics are quick to assume the prime minister will not be able to keep all of his promises to the Indigenous community.

There were — and still are — high hopes for the prime minister here in Canada. But as with any democracy, there will always be the need to assess information, scrutinize decisions and hold leaders accountable. It doesn’t mean you shouldn’t stop loving his flair, flashy socks and photobombs, it just means there is power in understanding information.