Sexism sells. After London, Paris is sticking up for its women. But misogyny can still slip through. 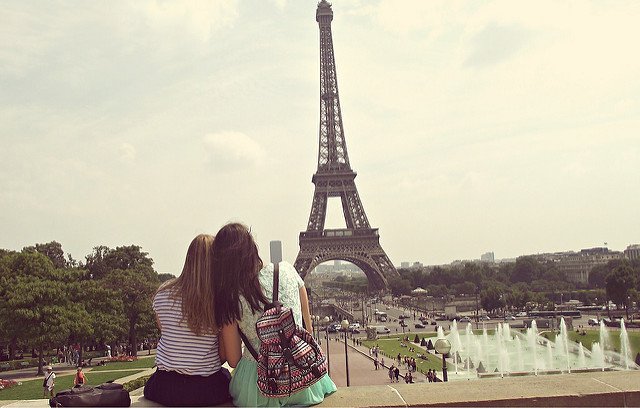 Before the end of 2017, Paris will be completely rid of sexist advertisements in public places.

The Council of Paris voted on a new contract with outdoor ad agency JCDeceaux on March 28, and it will come into force by November 20, 2017.

According to The New York Times, the following adverts will be banned from public display:

Anne Hidalgo, Mayor of Paris, praised the landmark vote in comments made in a press release translated from French by Business Insider: "After London and Geneva, which already put in place similar measures, Paris is showing the way by taking all possible actions to prevent the distribution and promotion of images degrading to certain categories of citizens."

As Hidalgo mentions, the French ban follows a similar ruling issued in London, after a controversial weight loss billboard that asked commuters if they were “beach body ready” went viral. Within a year, London Mayor Sadiq Khan had changed the advertising policy for all London transport services.

“As the father of two teenage girls, I am extremely concerned about this kind of advertising which can demean people, particularly women, and make them ashamed of their bodies. It is high time it came to an end,” Khan said in an interview with The Evening Standard.

“Nobody should feel pressurised, while they travel on the Tube or bus, into unrealistic expectations surrounding their bodies and I want to send a clear message to the advertising industry about this.”

However, the change in policy is far from perfect — sexism still slips through the net. Body shaming marketing may well now be banned, but there’s more than one way to promote misogyny. Just this week, property firm Marsh & Parsons removed an advert from the tube after complaints were submitted to the Advertising Standards Authority. The poster compared a young woman to a house extension, as she stood next to a much older man.

Earlier this month, mobile spa service USPAAH  faced a similar reaction after launching an advert advising men how to “keep her sweet” with well-timed gifts. Many have criticised the company for reinforcing potentially harmful gender stereotypes — that women must wait on their men to return home, and can be bought off by simple gimmicks. However, in this instance, the company defended the campaign, and refused to amend or remove the posters. Why?

It’s simple — sexism sells. The “beach body” advert, despite enormous public backlash, earned Protein World approximately £1 million in just four days from boosted publicity. It was so successful that the diet company exported the idea to New York, provoking a similarly aggrieved response. Did the company deliberately target liberal spaces to maximise outrage, and, therefore, exposure? On the back of international coverage, they’ve stuck with the plan, and even invested millions more into it: another ad launched in Sussex last month urged passers-by to literally try keeping up with Khloe Kardashian.

USPAAH even tagged media outlets on Twitter as they responded to online arguments — is this a not-so-subtle attempt to manufacture a similar result? If it’s press they wanted, they got it. And why wouldn’t they pursue it, when one of Britain’s best selling newspapers will happily compare the legs of its most successful female politicians on its front page? Tabloid splashes and billboards are fixed in the public glare. If that space is not regulated ethically, then sexism becomes an accepted, normalised way of life.

Hey, @USPAAH - you could keep me sweet by getting a new marketing director 😒🙄 #everydaysexismpic.twitter.com/KBs18EGXzj

Such adverts will no longer be acceptable in Paris. The property ad would certainly count as a “dehumanising representation” of a woman; it potentially would have failed the “ageism” test too. The spa service would find itself in a spot of bother contending with the rule against “sexist stereotypes”, whilst the “beach body” idea would have died in the boardroom.

The Paris ban is important, as it shows how councils and governments can legislate very specifically against different forms of public discrimination. Sadiq Khan may have amended London’s advertising policy, but as the last month has shown, it needs improvement. The rest of the world must catch up quickly— or more firms may very well merge misogyny with marketing.

Topics#LevelTheLawLondonFrancesexismParis
Brought to you by