Orange Is the New Black: fact or fiction?

It's had some crazy plot twists - but what's crazier, this show or the state of the world's prisons? 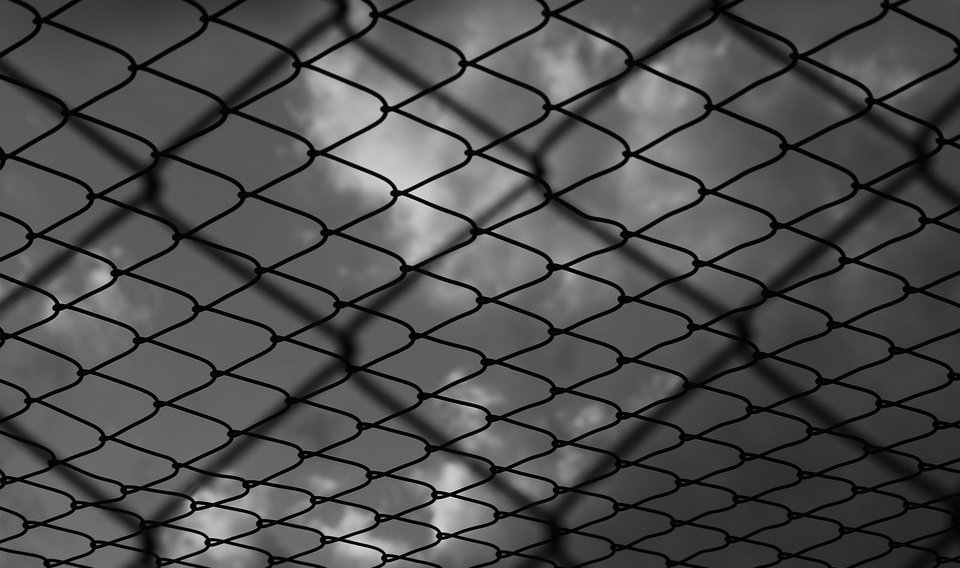 Clear your schedule for the weekend, the new season of Orange Is the New Black hits Netflix Friday, June 17th.

For the uninitiated: Orange Is the New Black is a Netflix original series (loosely) based on a memoir of the same title by Piper Kerman about her time in prison. There’s abuse by prison guards and among the inmates themselves. There’s violence. There’s sex. There’s drugs, threats, and back-stabbing.

In short: this show is crazy - but it’s also a microcosm of all that is wrong with prison and judicial systems around the world.

Several of the characters initially seem cold, unlikeable, and unrelatable - but just as you’re about to write them off as villains, you catch a glimpse into their stories: intolerance, poverty, abuse.

As you watch you feel their pains, their tiny triumphs, and their frustrations with them. You root for them. But every time you do... every time you think that this will be it, that this will finally be the episode someone catches a break, wins some small concession, or is successfully released - your hopes are dashed.

If there’s any one character whose story of injustice will infuriate you, it’s Tasha “Taystee” Jefferson (played by actress Danielle Brooks) - a charismatic orphan who grew up in group homes and juvenile detention facilities and is eventually taken in by a drug dealer. Once in prison, she works in the library, spending her free time reading, optimistic about post-prison life. In the first season, Taystee is released - but finds herself overwhelmed by and unprepared for the real world, and utterly without support in her effort to reintegrate into society. She purposefully violates the terms of her probation and returns to the familiarity of prison.

Now let’s just put this all back into perspective: this is TV fiction, but it’s someone else’s reality.

Who is being incarcerated?

It’s all too easy to assume that only “the bad guys” go to jail, but the truth isn’t always that simple. 10.35 million people are in prison across the world - and they’re not all “the bad guys.”

In Azerbaijan, over 80 human rights defenders, journalists, and political advocates have been incarcerated for speaking out against the government. Meanwhile, in Kenya imprisoning people who fail to take their tuberculosis medication is a “widespread practice.” Nigeria, Saudi Arabia, Iran, and several other countries, have all incarcerated LGBT people just for expressing themselves.

Our president will be remembered as a guy who watches people's bedrooms - My interview to CBC... https://t.co/hrcS22mI7R

Many of those incarcerated in Bolivia are from families who live in poverty. Losing a family member to prison means that their family also loses income, driving them further into poverty. As a result, 800 to 1,500 children live in prisons with their parents. The reason for this? Families don’t trust others to care for their children, can’t afford to have someone care for them, or - worst of all - the prison provides a more stable home (ie. serves one meal a day and has free electricity and water). These circumstances make children more vulnerable to abuse, which in turn may make them more likely to become abusers or perpetuate the cycle by breaking the law themselves in the future.

The prison and poverty problem in the US, where nearly 25% of the world’s imprisoned population lives, is similarly cyclical. Research has found that of America’s incarcerated, many did not have access to quality education or jobs and had a median income that was 41% less than that others of a similar age, prior to their incarceration. With low access to education and few opportunities to raise themselves out of poverty, people in situations like Taystee’s have limited options for success. 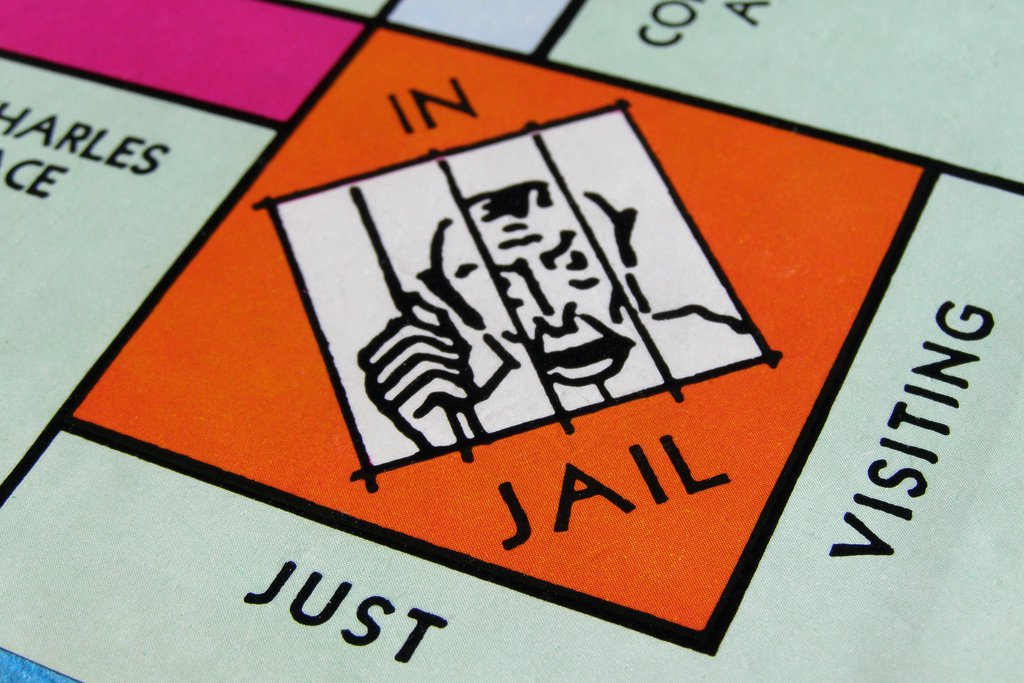 Extreme poverty can drive people to extreme measures to support their families and survive.

In the Philippines, tens of thousands of children are forced to participate in cyber sex tourism (often by parents) as a desperate means of supporting their families.

But sending people to prison improves none of these situations. It doesn’t matter which comes first: poverty or prison. What matters is what happens in prison.

Why can’t they get out and stay out?

Poverty may increase the likelihood that a person will end up in jail - however, going to jail may also further entrench that person, and their family, in poverty.

Some prosecutors and health care providers in the Philippines even wonder whether parental incarceration in cases of cyber sex tourism is the best option because it leaves children without a parent, and their family with reduced income.

When a family member is imprisoned, it’s often the family who bears the associated costs (eg. legal fees) - not to mention the emotional and psychological burden.

Imprisonment also means that the incarcerated person is missing from the work force in many places. In the event that a person is incarcerated for several years, they miss out on several years of work experience and learning valuable skills as technology and the world continue evolve outside the prison walls.

Huge stigma around imprisonment, often making it difficult to secure employment post-prison and to be accepted back into society, permeates many cultures. Coss Marte, the founder of a "prison style" bootcamp gym called ConBody says that when he was released and began his job search “the stigma was so strong it was like serving double time...no one even bothered to call [him] back.”

On top of that, many judicial and prison systems still come from a punitive, rather than reformative perspective, which can lead to an increased likelihood of violence in prisons and lack of dignity afforded to inmates. Prison programs taking a punitive approach rarely focus on preparing inmates to reintegrate into society, leaving them ill-equipped for a normal life upon release, and increasing the chances of recidivism and reincarceration. However, there are programs fighting this norm.

What can be done?

Perhaps the “easiest” solution to some of these problems would be to revise laws that unnecessarily criminalize certain actions (eg. homosexuality or government dissent). But Norway has a more holistic alternative.

It’s prison system is often touted as the most progressive and humane. The maximum sentence for any crime is 21 years, with the exception of preventative detention, and the purpose of the system is to get people back out of the system - permanently.

Norway’s Halden Prison, in particular, has been called world’s most humane. Halden’s main objective is to prepare its inmates to reintegrate into society. It tries to simulate the real world as much as possible. Its windows have no bars, its “cells” no shared toilets; in fact, the “cells” more closely resemble nice dorm rooms - with en-suite bathrooms, mini-fridges, and TVs. The prison even has a recording studio and in-house music teachers - who only ever refer to the inmates as “pupils,” not “prisoners” - and a professional grade kitchen in which inmates can work towards cooking certification to improve future job prospects.

This is a prison cell in Norway, Halden. Looks like a one bedroom flat in London pic.twitter.com/aGXb6z9KNQ

Unlike the misguided prison guards of Orange Is the New Black, guards at Halden work to make inmates’ sentences “as meaningful, enlightening and rehabilitating as possible” -- it’s in their official job description.

Sweden follows a similar model with “open” prisons in which prisoners and staff (none of them in uniforms) break bread together.

In the UK, a charity called The Clink partnered with the prison system to open restaurants within jails. Staffed and run by the prisoners to allow them to engage with non-incarcerated people developing skills that will be useful to them once they’re outside the prison walls. There are no windows --tipping and cellphones are banned, while security clearance and identification is required at these restaurants. These are the only indications of being in a high-security prison. The restaurant customers report that it’s an otherwise normal dining experience with well-prepared dishes. InGalera (Italian slang for “in prison”) at the Bollate prison in Milan operates similarly.

The sous chef at The Clink Restaurant at HMP Brixton has prepared a gorgeous looking birthday #cake for a customer today. ☺

Mass incarceration continues to be a big problem in the US, and though it’s far from adopting “open” prison systems like these across the country, it is not without its success stories.

Marte was able to found ConBody with the support of organizations like Career Gear that helped him overcome the hurdles and stigma he faced in the job market after he served a sentence for drug-related charges. His gym continues to hire former inmates as Marte wants to give others the chance he had.

Though not all countries are able to adopt these strategies now, the rehabilitative over punitive approach is certainly an approach worth considering. Every step toward changing our approach is progress.

Incarcerated people are people, first and foremost, who deserve treatment that focuses on a brighter future, not a dark past.

Societal norms continue to be one of the greatest obstacles to prisoners’ reintegration into communities once they have been released. Changing those norms starts with changing mindsets and understanding that the world exists in a range of colors -- because the truth is never black or white.

So, when you’re binging on Orange Is the New Black this weekend, don’t forget that though the show is largely fictional, it’s not without a heavy dose of reality.