There was one catch.

Because the United States doesn’t offer universal college education, there are people across the country who have the desire – and the grades – to pursue higher education, but struggle to earn enough money to pay rising tuition costs.

But for Nicki Minaj fans (or at least those who follow her on Twitter), their favorite rapper wants to help.

Minaj took to Twitter on Saturday night to announce she’d fly contest winners in from anywhere around the world to hang out with her at the Billboard Music Awards in Las Vegas. What started as an already generous act soon broadened in scope because of one simple question.

The request may seem a bit forward or rude, but Minaj was game.

Rather than limit her generosity to a lucky few contest winners, Minaj rewarded 30 fans who worked hard towards their education but needed some help.

What followed was a 30-minute impromptu education fundraiser with Minaj as the sole donor.

The Minaj Scholarship had one catch: to receive money, each student had to prove they had a 4.0 GPA.

The award-winning rapper proceeded to help pay for tuition up front and loans that needed paying off, in addition to costs of attendance, like books. She even agreed to pay for a camera for one media production student. 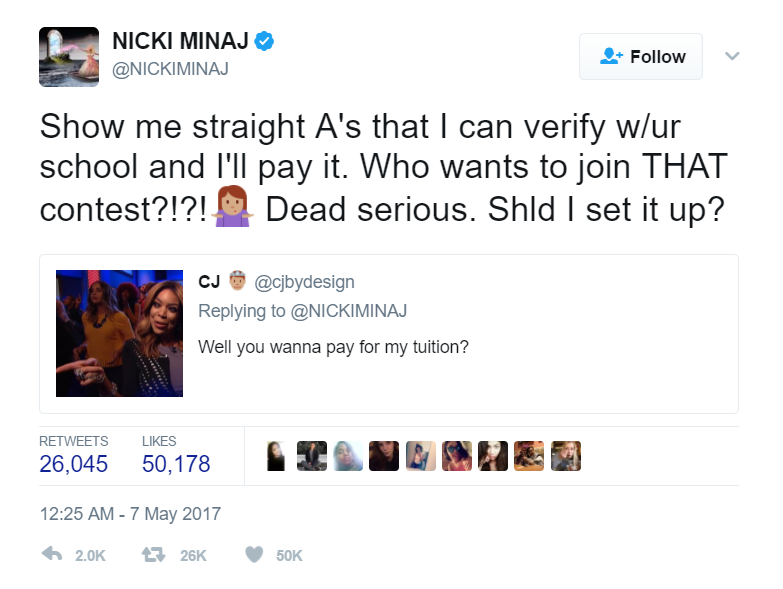 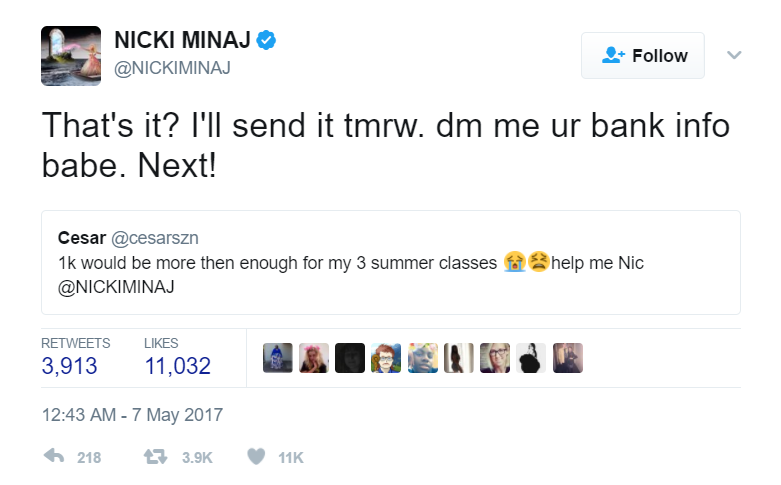 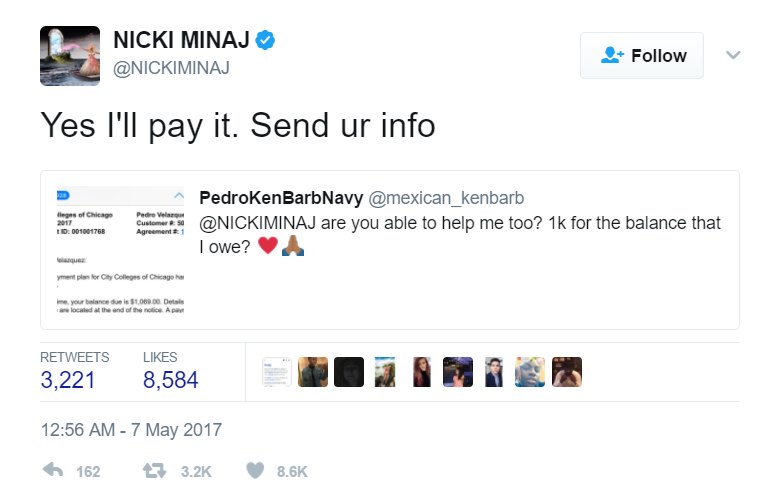 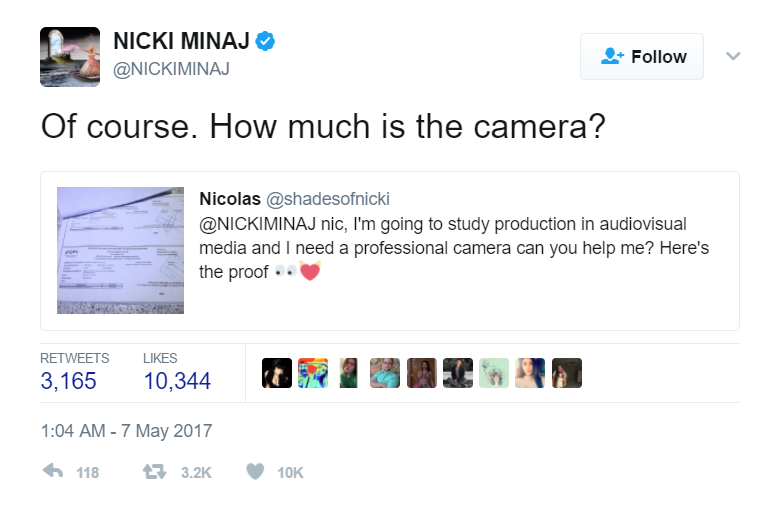 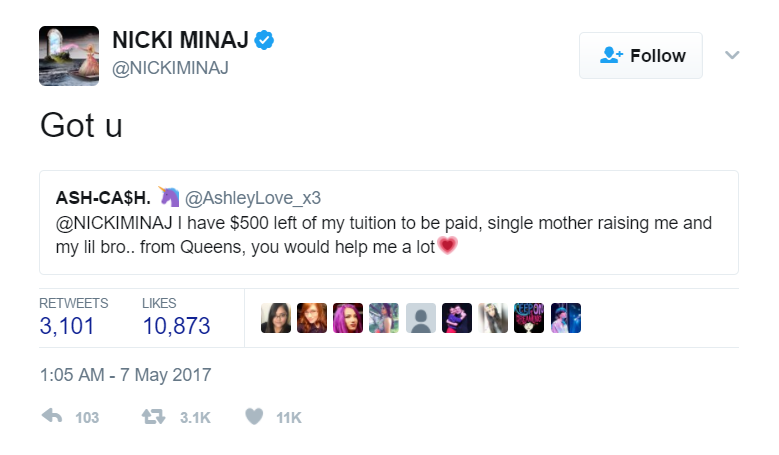 This isn’t the first time Minaj has been involved in education initiatives. In 2011 she worked with the Get Schooled Foundation to promote higher attendance in high schools.

On average, the cost of tuition and fees for the 2016-2017 school year was more than $33,000 at private colleges and more than $9,600 for in-state residents at public colleges, according to College Board. And that doesn’t account for housing, meals, and books which can amount to thousands more.

Graduates of the class of 2016 racked up an average of $37,000 in debt to go with their diplomas, debt management compay Student Loan Hero reports. Overall, Americans owe more than $1.4 trillion in student loan debt with a delinquency rate (90 or more days delinquent or in default) of 11.2%.

Thanks to Minaj, that total is a little less than it was on Saturday afternoon, and college became more affordable for 30 people seeking to improve their lives through education.

For straight-A students struggling to finance a college education, who missed out on the opportunity to receive some help, Minaj plans to do it again in a month or so.