Ask August makes it easier for Gen Z to navigate the process of menstruation.

Why Global Citizens Should Care
Period poverty and stigma stop people who menstruate from fully participating in society every day. The United Nations’ Global Goals aim to ensure that everyone has access to adequate health care, sex education, and the resources to manage their periods with safety and dignity to end extreme poverty. You can join us and take action on this issue here, and raise your voice for Generation Equality here.

Nadya Okamoto, a 23-year-old advocate and entrepreneur, has been in the menstrual equity space for five years, and even she admits she still doesn’t know everything about periods.

The New York-based Harvard student and former executive director of the organization PERIOD wanted to foster a space where people could talk about menstruation openly. Okamoto and her best friend Nick Jain spent the past year building the international community #InnerCycle on the chat app Geneva, where people of all ages can go to discuss periods unfiltered. In March, the duo launched Ask August, a stigma-free, euphemism-free, cost-free period database.

The platform is an extension of Jain and Okamoto’s period care and wellness brand August, which they co-founded and are gearing up to release sustainable period products in June.

Ask August is a playful, interactive site built to hold the attention of the social media generation while delivering health information that is sometimes difficult to sift through in other jargon-heavy medical spaces. The platform also hosts daily virtual events for members that center around wellness or free office hours with a medical board.

“We started realizing that the biggest shared sentiment with everybody was just overall confusion about periods,” Okamoto told Global Citizen of the conversations that take place on #InnerCycle. Some 13-year-old members didn’t even know what periods were, she explained.

The brand is community-built, not just consumer-driven, Okamoto said. Ask August is informed by the over 350 most commonly asked questions Okamoto and Jain collected on social media and from the more than 1,100 #InnerCycle members since 2020. 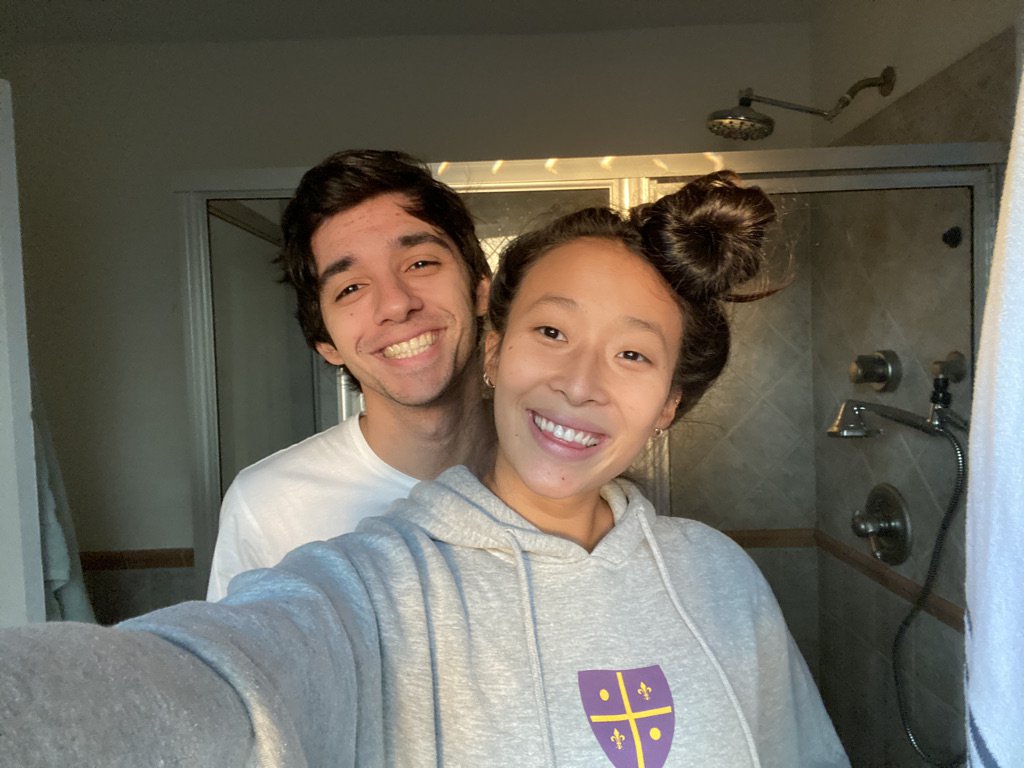 Ask August allows users to ask questions they might otherwise be too embarrassed to ask, like, "Why does your poop change on your period?" (It’s because people who menstruate might eat more foods high in fat and sugar during menstruation, Ask August explains.)

“That's something that I think I've wondered for my whole life,” Okamoto said. “I use that example a lot because it's one of those questions that we're all afraid to ask. But then when you ask it, it's like we all kind of collectively are like, me too!”

For each question posted on the platform, two different versions of answers are offered as a response. There’s the “our answer,” in layman’s terms, and the expert answer, which is a bit more scientific.

If users on the platform have a question they don’t see, they can submit it and a response will be posted within 24 hours.

Ask August also facilitates important discussions about the connection between mental health and menstruation, like why some people experience depression as part of premenstrual syndrome (PMS).

Ensuring that the experts in the database could relate to and communicate with a younger audience was crucial to Ask August’s mission. Okamoto explained that she’s also struggled to find useful information about menstruation in her own life.

“I called my OBGYN through my ZocDoc portal and I tried to schedule an appointment and ask them questions, and I just couldn't understand what they were saying,” she said.

Okamoto and Jain sourced experts for the platform on TikTok and Instagram and recruited professionals with various backgrounds — not just those who had studied Western medicine but also nutrition and naturopathy.

Encouraging more transparency around menstruation and facilitating a culture where people don’t “cringe” when they hear the word "period" was at the core of Okamato’s intention for starting August.

“We don't want to say, like, oh, ‘your time of the month’ or ‘it's Shark Week,'” she said of the brand’s messaging. “When we explain to you what a period is, we're going to say vagina, vulva, we're not going to sugarcoat it.”

Okamoto and Jain are giving members of the Ask August community the language to discuss menstruation. One of the brand’s advisers, Schuyler Bailar, the first openly transgender NCAA Division I swimmer, helped create the Gender Inclusive Period Talk document for #InnerCycle. The glossary is available as a reference for how to make better choices when speaking about periods.

Finding a straightforward way to provide her community with period products also became a focus for Okamoto after having to rely on funding for so long in the non-profit sector to get people the resources they needed.

Stay tuned for how August period care is going to change the game with sustainable period care that’s better for our Earth, and for YOU ✨🤯 #onmyperiod#innercycle#askaugust

This time, Okamoto wants to make a scalable impact by selling period products directly. August considered producing menstrual cups since they are the most sustainable period product, but went in another direction after learning that the majority of Gen Z menstruators don’t use them or don’t want to because they aren’t familiar with the product. Instead, August will sell pads and tampons that have a lower environmental impact and the brand will become the first to cover the cost of the tampon tax.

“Every time you buy a period product and you're in one of the 30 states that has the sales tax on your products, you're paying a sales tax because the government isn’t calling it an essential good,” Okamoto said. “This is dehumanizing in a way. Progressive people especially need to know, you are not outside of the zone of period stigma.”

On Friday, Menstrual Hygiene Day, Okamoto wants people who menstruate who don’t think they experience period poverty to recognize that they still live in a society impacted by period shame. By not actively speaking up against it, they are perpetuating systems of oppression, she said.

“Just because you openly talk about periods with your girlfriends does not mean that you are not affected,” Okamoto added.

Ask August is providing a place for people to have tough conversations about menstruation that they might not have with their friends. Okamoto urges everyone to poke around and interact with the platform and see what they might discover about themselves and their bodies.