Though Mother's Day is observed on different days around the world, everyone agrees that mothers deserve their own celebration. It's the one special day that people devote to the women who brought them into this world — but the truth is, we should honor moms every day of the year for their incredible feats.

Creating life and raising healthy, happy children is no easy task. More than 800 women and girls die every single day of pregnancy- or childbirth-related complications, the World Health Organization estimates. And each day more than 7,000 newborn babies fail to make it through their 24 hours in the world, according to UNICEF. More than 80% of these newborn deaths are caused by premature birth, infections, or labor- and delivery-related complications, according to a new UNICEF report.

Many, if not most, of these deaths are preventable.

In a new series of stunning portraits, taken by award-winning photographer Ilvy Njiokiktjien in partnership with UNICEF, we’re able to see mothers and babies from around the world whose lives have been changed by access to life-saving resources, like breathing masks and counselling support for new mothers.

Take Action: Tell World Leaders to Support She Decides to Protect the Health of Girls and Women Everywhere

When trained health care workers and affordable medical care are within reach, women with pre-existing conditions, like epilepsy, can safely deliver healthy babies. And when mothers have access to educational resources, they can learn to care for their babies and identify the symptoms of potentially life-threatening illnesses and conditions in their infants before they progress.

But it’s not just a country’s income level that impacts the survival rates of its mothers and babies. It’s also availability of affordable, quality health care.

Despite its low income level, Rwanda has cut its newborn mortality rate in half and reduced its maternal mortality rate by 75% since 1990. Conversely, the maternal mortality rate in the United States rose substantially between 1990 and 2015, NPR reported. But risk did not increase consistently across populations. Black women in the US are three to four times more likely to die from pregnancy- and childbirth-related complications than white women, according to the Center for Disease Control and Prevention.

Black babies in the US also face worse odds of survival than white babies, but as a whole, the newborn mortality rate — nearly on par with that of countries like Ukraine and Sri Lanka — is surprisingly low for a high-income country.

If all mothers and babies had access to affordable medications and treatments, administered by well-trained medical staff in clean facilities that have both safe water and electricity, the lives of 3 million newborns could be saved every year.

UNICEF’s “Every Child Alive” campaign is calling on world leaders to ensure all mothers and their babies have access to quality health care, and Njiokiktjien’s captivating images show what’s possible when they do. Every child deserves a fair chance at a happy and healthy childhood, and every mother deserves a chance to watch her child grow up. 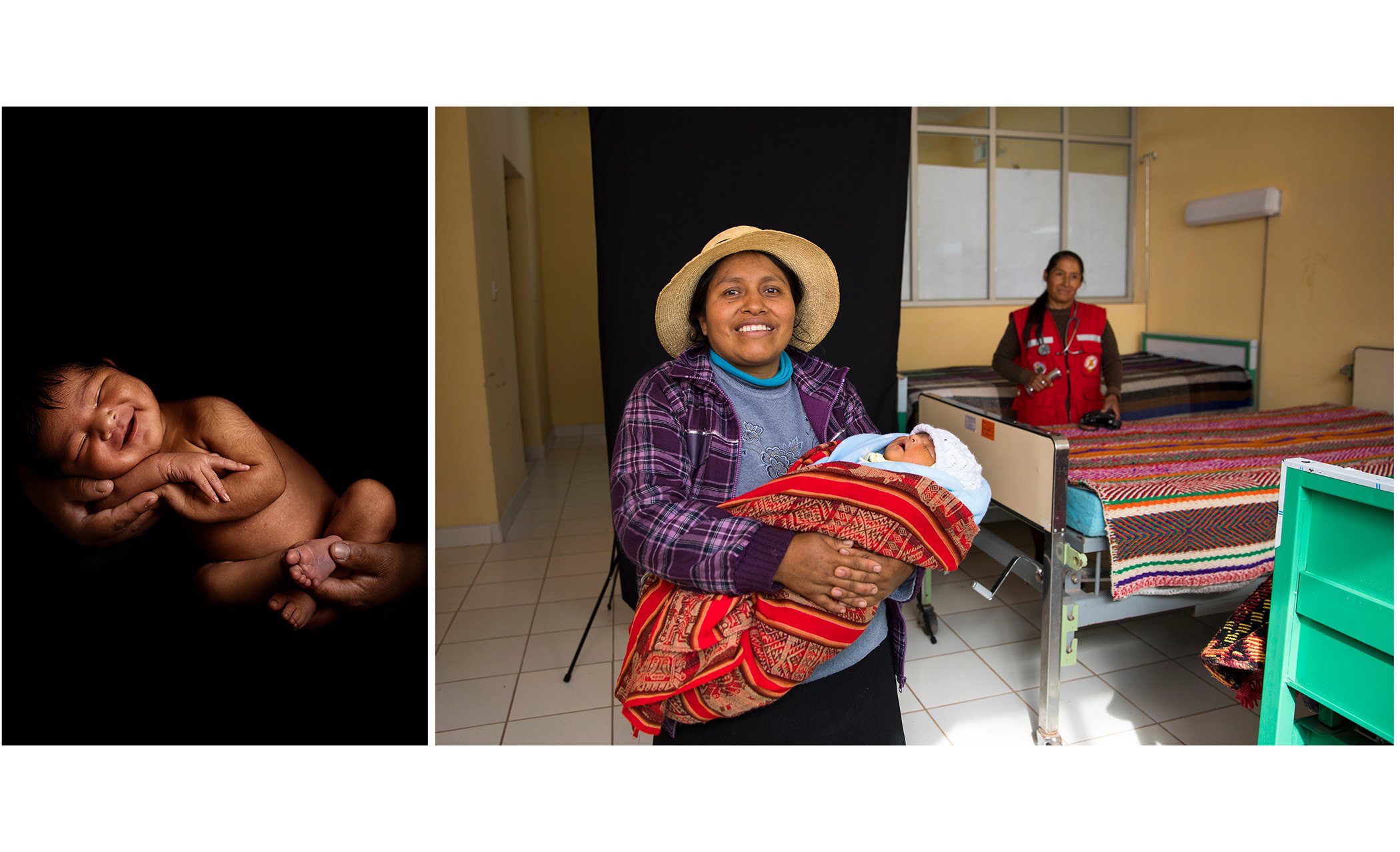 Priscilla was born via a cesarean section because her mother lives with epilepsy. Thanks to the assistance of a skilled midwife and a mama wasi (a “mother house”) where her mother could rest before the birth, Priscilla survived. Her mother, Celia, lives in Communidad Huancarqui anexo Ranracasa, 15 minutes by car from the health center, or one hour by foot.

“I was diagnosed with epilepsy when I was 16 years old,” Celia says. “When I became pregnant, I was scared because of this. In fact, I had not even planned to have another baby, but my midwife comforted and supported me. She told me I could have this baby despite my illness. She advised me to come to the mother house towards the end of my pregnancy so I could wait there until the baby would come. During my first night at the center, I started feeling sick, I was in labor, so they transferred me to the hospital where I had a cesarean.” 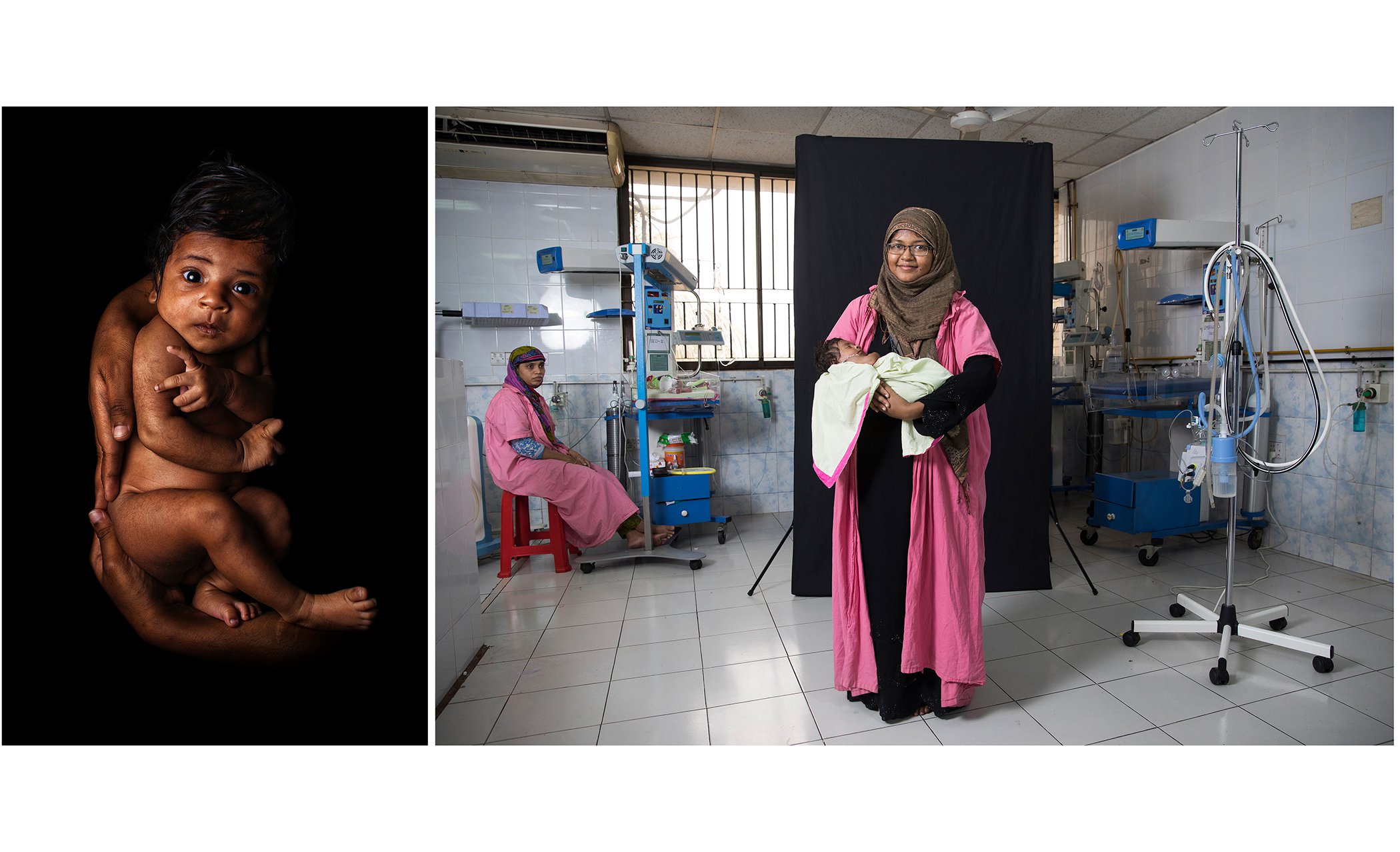 Ayedatujannah Tahiat, which means “she who returned from heaven,” from Bangladesh, did not cry after she was born. Instead, she was convulsing and turned blue, and then was kept on life support for four days. Thanks to the UNICEF-supported Special Newborn Unit and her mother’s breastfeeding, she survived.

Providing neonatal care through Special Care Newborn Unit (SCANU) is a main UNICEF initiative, implemented in collaboration with the Government of Bangladesh since June 2011. At the UNICEF-supported SCANU at the Institute of Child and Mother Health (ICMH) in Dhaka, thanks to its life-saving equipment and training, newborn mortality is 8 to 10 per 1,000 live births, the lowest of all SCANUs in Bangladesh. 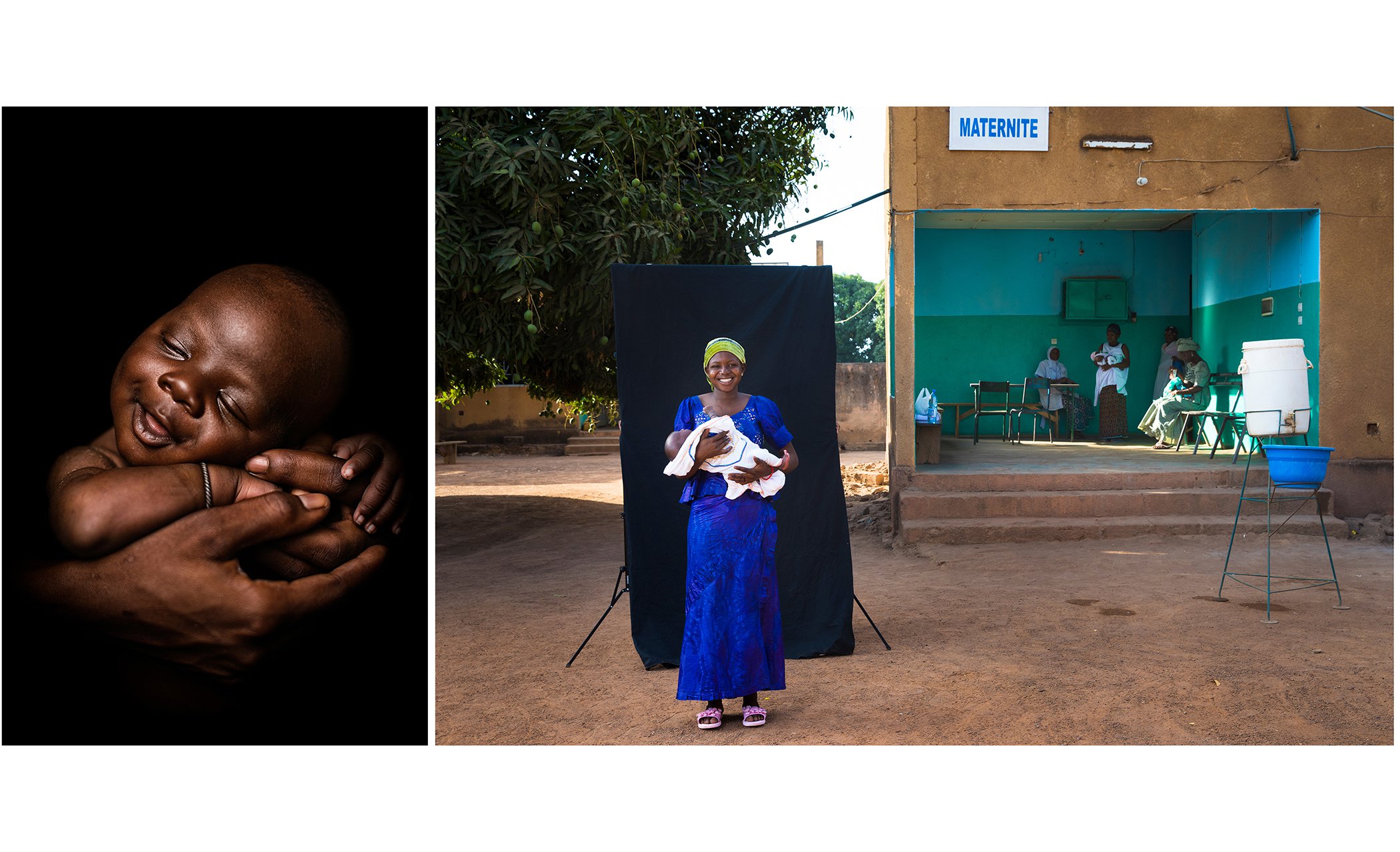 Mali: A sleeping Youssouf Sanogo, 24 days old, is cradled by his mother, Hawa Diawara, at the Community Health Center in Koumatou, Mali, in March 2018.

Youssouf was born healthy and avoided infections at birth, thanks to a health facility connected to clean water where he and his mother were washed in uncontaminated water. Before the well, malaria and diarrhea were endemic to the region. His mother, Hawa Diawara, 18, lives in the village of Koumantou, Mali. Hawa is a high school student and married to Aboubacar Sanogo. Youssouf is her first baby.

“I was so happy when Youssouf arrived – he is my first baby. The whole family was happy for me," says Hawa. "I hope Youssef ... grows up healthy. Good hygiene is crucial to make sure he does." 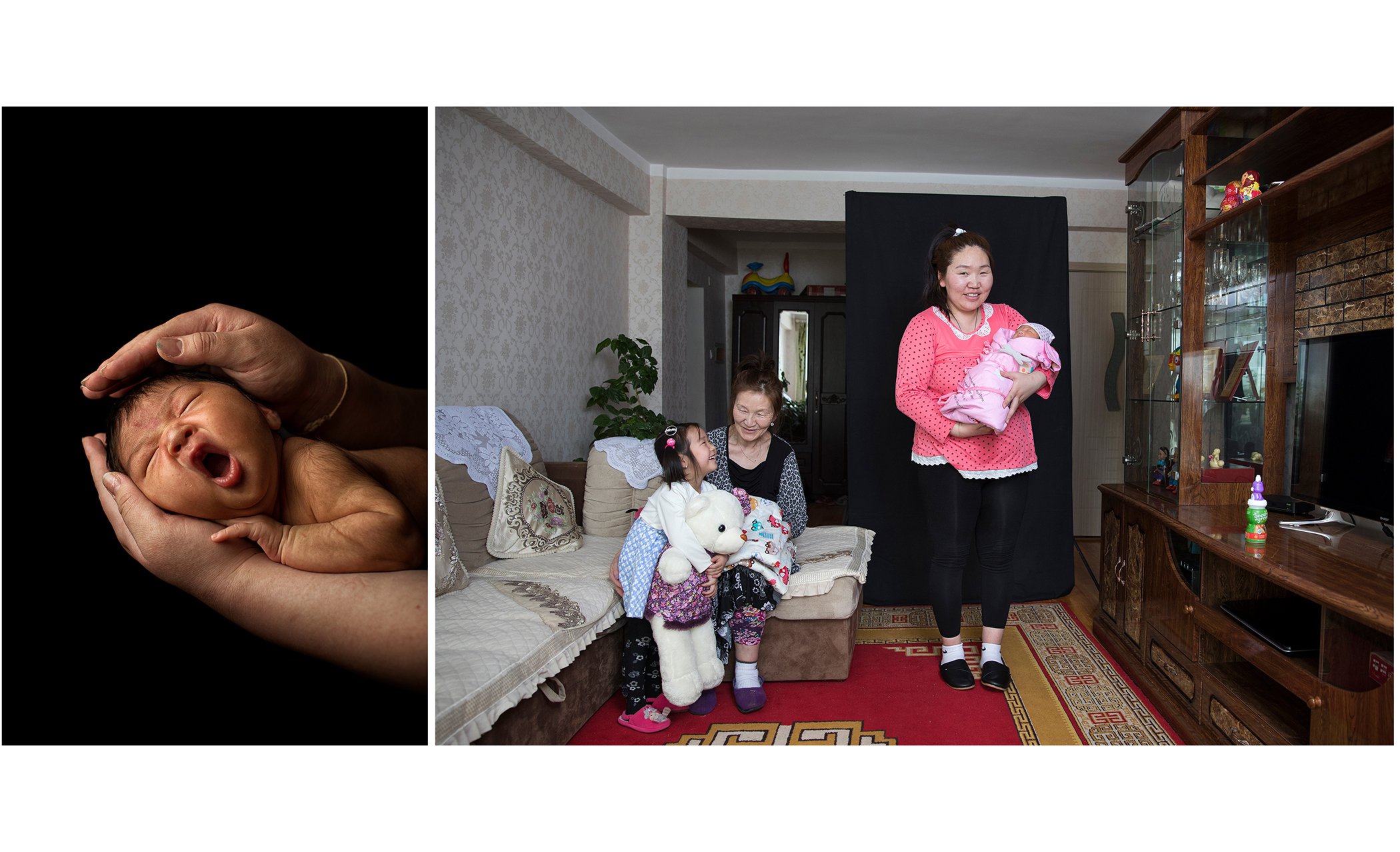 Mongolia: Mother Bayarmaa Erdenejargal with her baby Uuriintsolmon, 14 days old, in her living room in Murun, Mongolia, in March 2018.

Uuriintsolmon from Mongolia was born healthy and, unlike her older sister, remained in good health after her birth. Thanks to the home-care training received with the support of UNICEF, her mother Bayarmaa has learned how to properly care for them both.

“I didn’t always know how to take care of my first baby,” Bayarmaa says. “She had jaundice, skin infections, a runny nose, and felt cold. At one point, I feared she might die. I was very worried about her. With my second baby, I entered antenatal care much earlier. That was helpful. Thanks to the UNICEF training, my second baby is much healthier. I didn’t worry so much about her because I knew what was normal and what was abnormal, so I understood the situation. I feel confident now. I wish for my daughter to have a healthy life.” 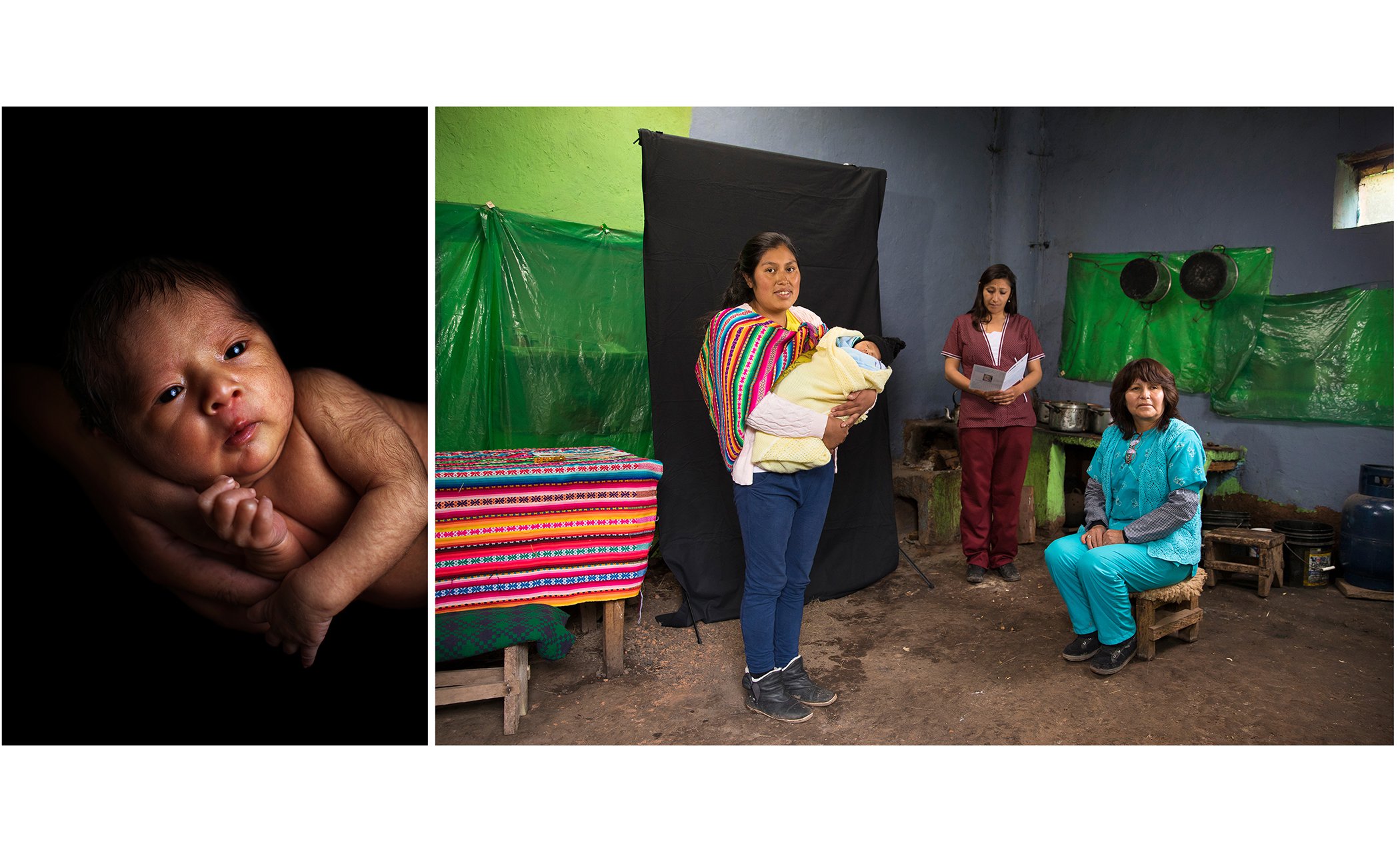 In Yaurisque, newborn mortality rates have improved significantly, from 38 deaths per 1,000 live births to 8 per 1,000. Despite these advances, challenges remain. Chronic malnutrition, long travel distances to maternal health clinics, and harsh living conditions in poor, rural villages continue to imperil newborns’ lives. A lack of running water, heating, and mothers’ knowledge of common perinatal conditions, such as anaemia, haemorrhaging, and preeclampsia, can be lethal. Since the 1990s, UNICEF has been working with public health officials to develop national solutions to address these challenges. 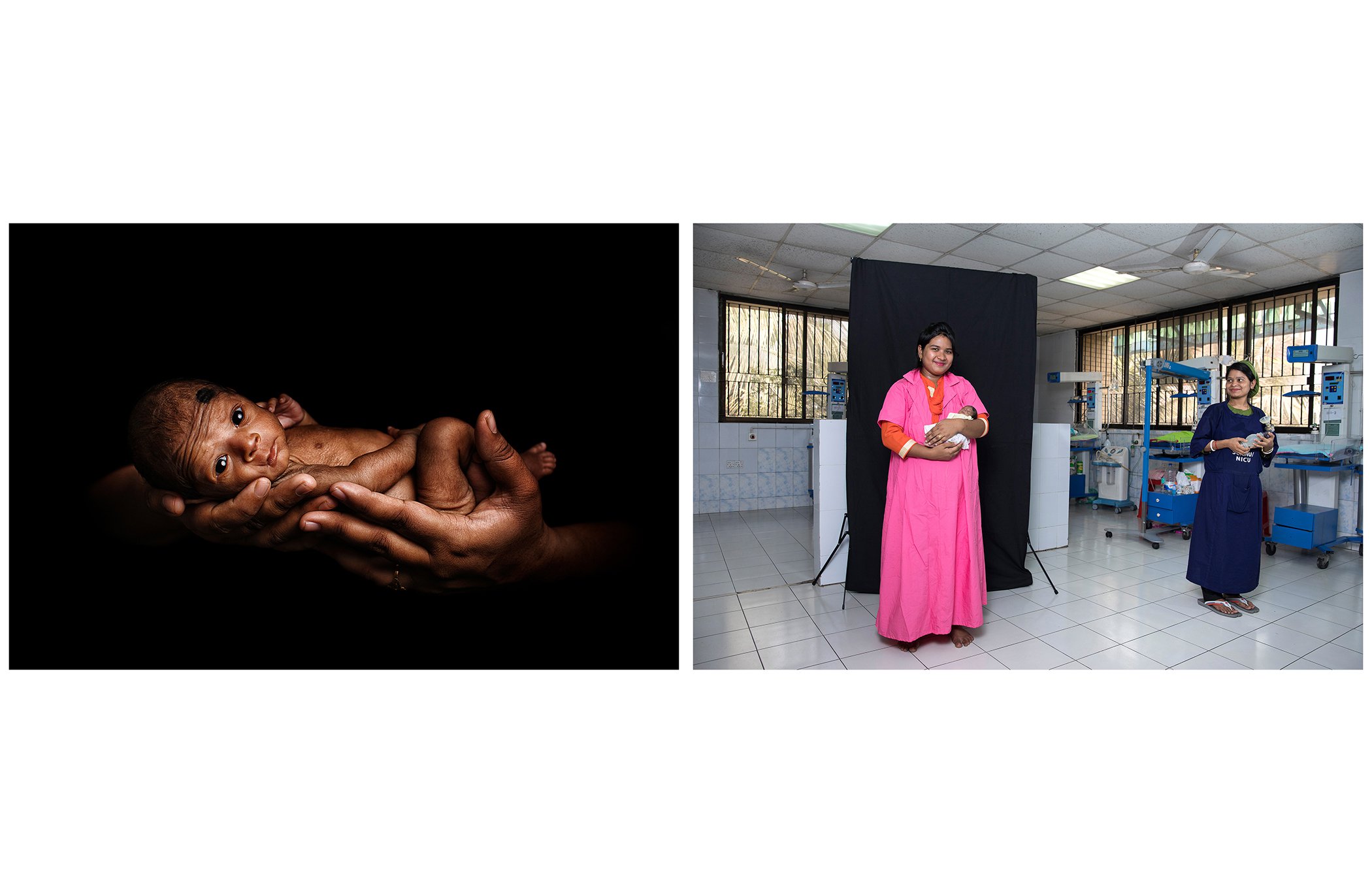 Muskan, which means “smile” in Bengali, was born premature at 6.5 months of pregnancy in January 2018. About 14% of babies are born prematurely in Bangladesh. Thanks to the care Muskan received at the Special Care Newborn Unit (SCANU) and, more specifically, an incubator and oxygen mask, she survived.

"At the hospital, she was given oxygen through a mask and was assigned a bed [an incubator] where she spent 10 days. Had we not come to the hospital, Muskan would have died," Sumona says. 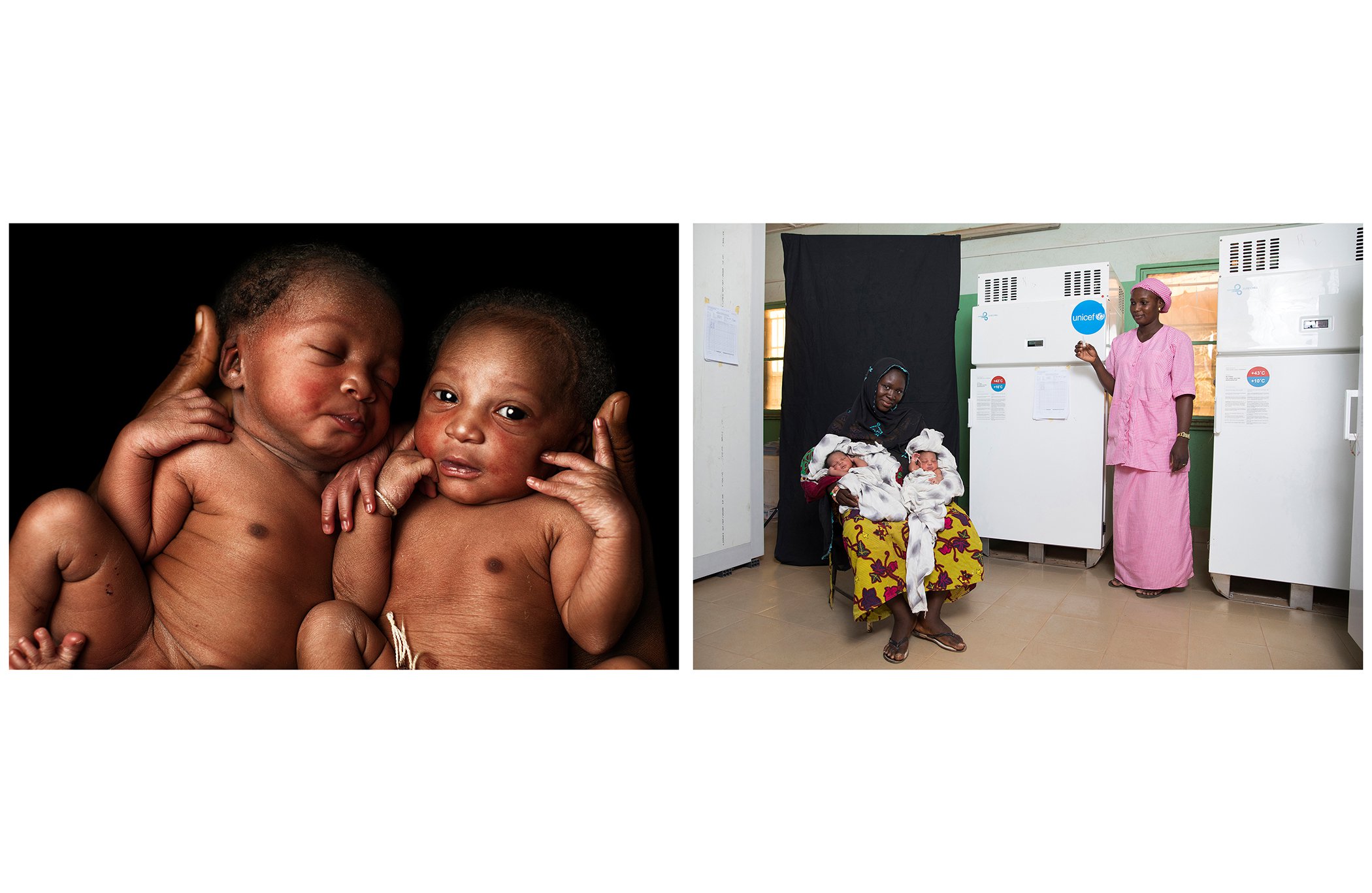 Mali: One-day-old twin babies Foune and Wassa are cradled by their mother, Fatoumata Coulibaly, at the Reference Health Center in Bougouni, Mali, in March 2018.

Foune and Wassa were vaccinated against polio on the day of their birth. Thanks to refrigerators that store the vaccines, donated by UNICEF, the twins are safeguarded from future harm. The day of birth of the twins, the temperature in Bougouni, Mali, reached 113 degrees Fahrenheit and a fridge to keep the vaccines cold literally could change lives.

"All my five children are very healthy,” Fatoumata says. “Aside from a few dentist’s visits, they don’t get sick. This is largely thanks to the vaccination programme. They received vaccines against polio, tuberculosis, yellow fever, and measles, and the PENTA vaccine [diphtheria, tetanus, whooping cough, hepatitis B, and haemophilus influenza type B]. They prevented them from getting dangerously ill.” 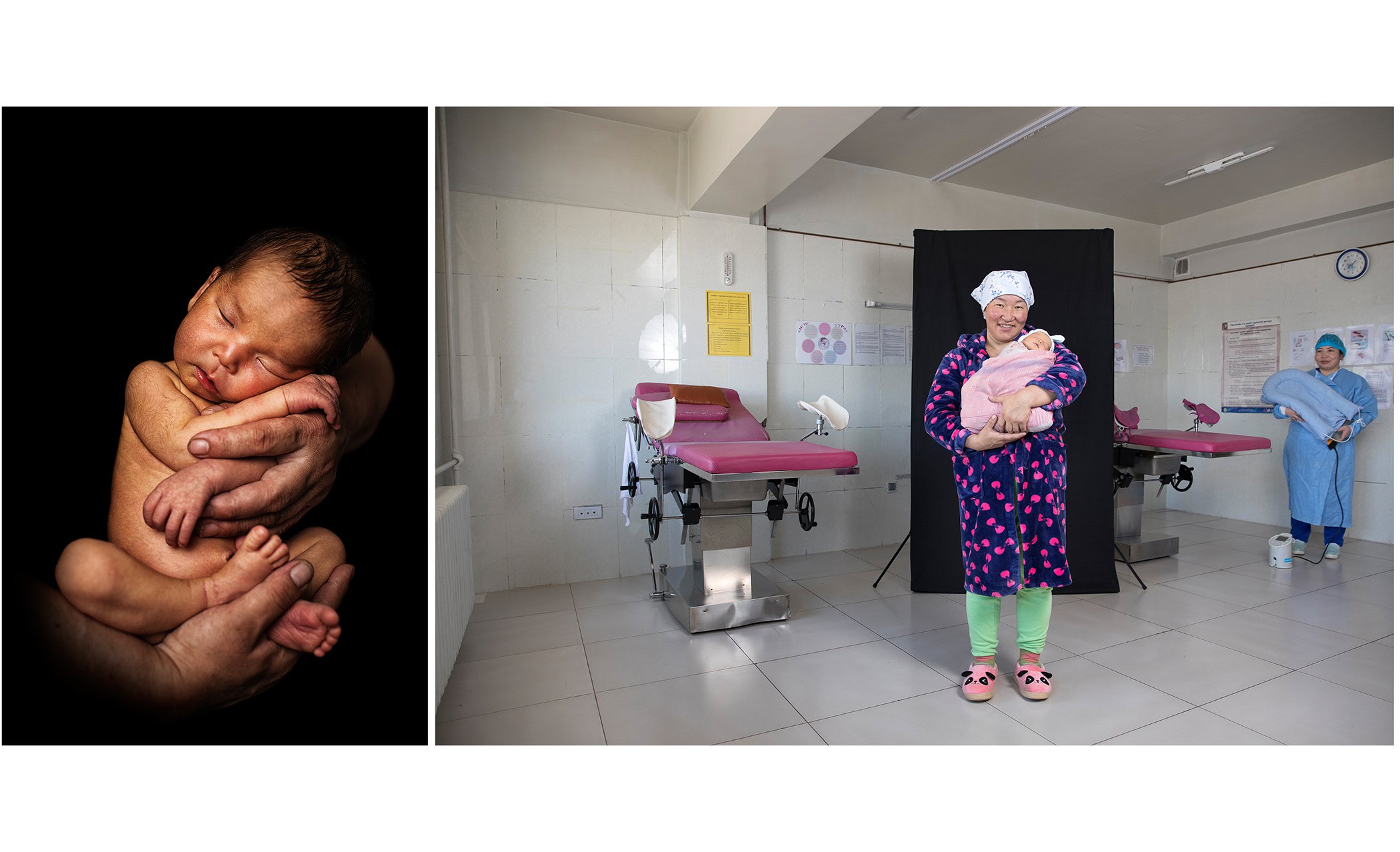 Mongolia: Mother Namjilmaa Naransuren with her 5-day-old baby boy, Sugar-Ochirm, in the delivery room in the health center in Murun, Mongolia, in February 2018.

Sugar-Ochir from Mongolia was born via C-section in a heated health center. Thanks to the micronutrients Namjilmaa took during pregnancy, she did not feel tired during the pregnancy, which is commonly attributed to an iron deficiency. She said the pills changed her and her baby’s lives.