The Nigerian government traded Boko Haram fighters for the girls. 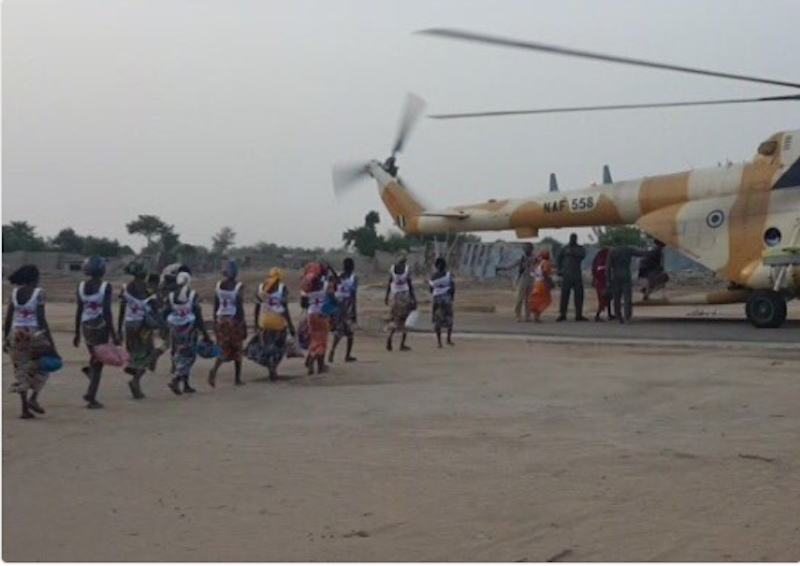 It has been more than three years since the terrorist group Boko Haram raided the town of Chibok and kidnapped 276 school girls in the middle of the night, launching the international #BringBackOurGirls campaign.

So when news broke Sunday morning that dozens of the girls had been freed in a deal negotiated by the Nigerian government, Swiss government, International Committee of the Red Cross, and Boko Haram leaders, many hoped that the seemingly-endless plight of the girls would officially come to an end.

For 82 of the kidnapped girls, that was true.

The Nigerian government secured the release of the 82 girls by releasing as many as six Boko Haram fighters, according to The New York Times. Their release follows the release of 21 girls in October and two girls in May, 2016.

A happy site for families missing loved ones: Some of the 82 released #ChibokGirls board an aircraft. pic.twitter.com/9yiJOUocQe

But still, more than 100 of the young Nigerian girls stolen from their dorm rooms in the middle of the night remain missing. And for the families of those girls, each new report of a release brings hope and disappointment.

Read More: Nigeria to UN: Help Us Negotiate With Boko Haram to #BringBackOurGirls

Nigerian President Muhammadu Buhari, who ran for office promising to eradicate Boko Haram from Nigeria, helped arrange the release, which occurred around 7 a.m. Sunday, according to the Times. The government has not disclosed whether it paid ransom money to the group, which could help fund its operations.

Buhari and Nigeria’s military have successfully forced Boko Haram out of many villages and parts of the forest they occupy, killing or arresting many of its fighters. The group now exists in small pockets and is suffering from lack of access to food as Nigeria teeters on the brink of famine, according to the Times.

Many of the girls who were kidnapped were reportedly forced to marry Boko Haram soldiers and convert to Islam. Their whereabouts are still unknown.