2.2 Million Nigerians Are Starving Because of Boko Haram

"Lives are literally hanging by a thread.” 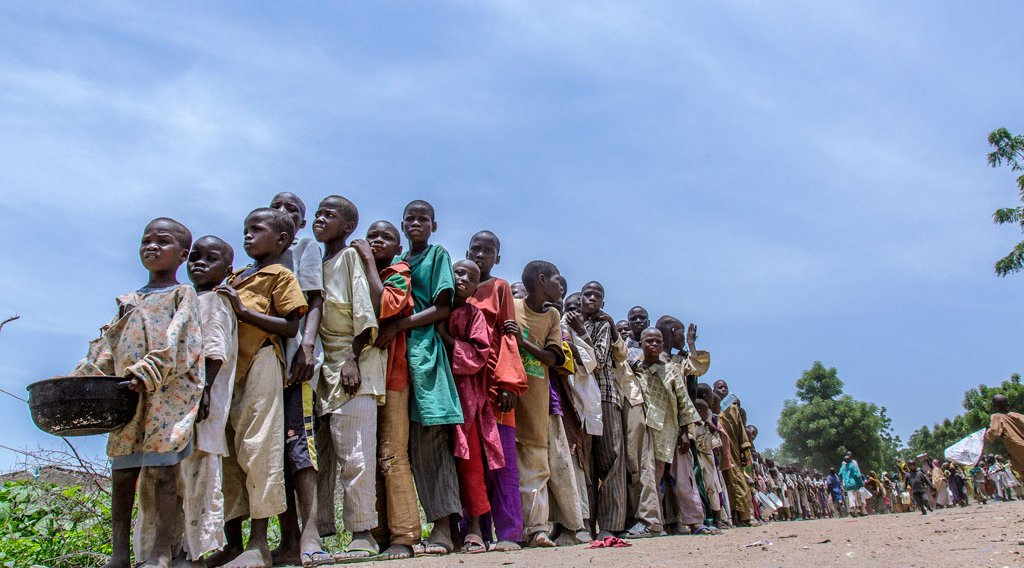 Four million people are in desperate need of food in Nigeria. And 2.2 million of these people are in areas where the terrorist group Boko Haram has a presence.

Over the past several years, Boko Haram has displaced and disrupted the lives of millions of Nigerians in its campaign of carnage. As a result, countless small-scale farmers have been unable to plant crops for subsistence and food supplies in the country have hit perilously low levels.

The Nigerian government has been fighting Boko Haram for seven years, but has been unable to suppress the group, which primarily occupies the unstable Northern part of the country. A former general, Muhammadu Buhari, was elected president last year in part because of his promise to end Boko Haram’s terror, but he has achieved mixed success.

Children, in particular, are suffering from the famine. More than 75,000 children are expected to die over the next year unless emergency aid arrives.

Generally, people experiencing severe malnutrition die from other complications like diarrhea, but the crisis is so severe in Nigeria that people are dying from hunger, bodies so deprived of nutrition for so long that they can’t continue.

According to UNICEF, “lives are literally hanging by a thread.”

To make matters even worse, there are reports that food aid is being stolen and the government minister overseeing emergency aid denies that people are suffering from hunger.

It’s an obscenely grim situation. Many families only eat  watered-down porridge, devoid of nutrients, once every few days.

UNICEF doubled its request for emergency aid to $115 million, of which only $24 million has been raised so far.

As Nigeria struggles to eliminate the threat of Boko Haram, its commodity-driven economy is faltering from low oil prices, making it less able to deal with the pressing humanitarian crisis.

Read More: Nigeria to UN: Help Us Negotiate With Boko Haram to #BringBackOurGirls

But the window for action gets smaller every day for the millions of Nigerians facing death. Aid groups are there, waiting to help, they just need the support of the international community.