Meet the Women Leading a Feminist Revolt Against ISIS in Syria

“What we are saying is that women have their own will and are autonomous beings.”

To many people around the world, Syria evokes images of war, displacement, crisis.

But in the country’s northeastern-most region, Rojava, one community is working to change this image, promoting peace, stability, equality.

In the ethnically-Kurdish Rojava, residents are fighting back against the Islamic State, and setting up their own unique form of government that prioritizes gender equality, environmental protection, and refugee resettlement, according to a reporter who spent a summer in the region recently and produced a short film about its residents.

And at the forefront of that battle against ISIS? Women.

Read More: An Indigenous Woman Will Run for President of Mexico in 2018

Carne Ross, a freelance journalist and filmmaker, traveled to Rojava in 2015 while producing a BBC documentary on anarchism, and was surprised to discover the new society being built there, he wrote this week in an article appearing in Vice UK. 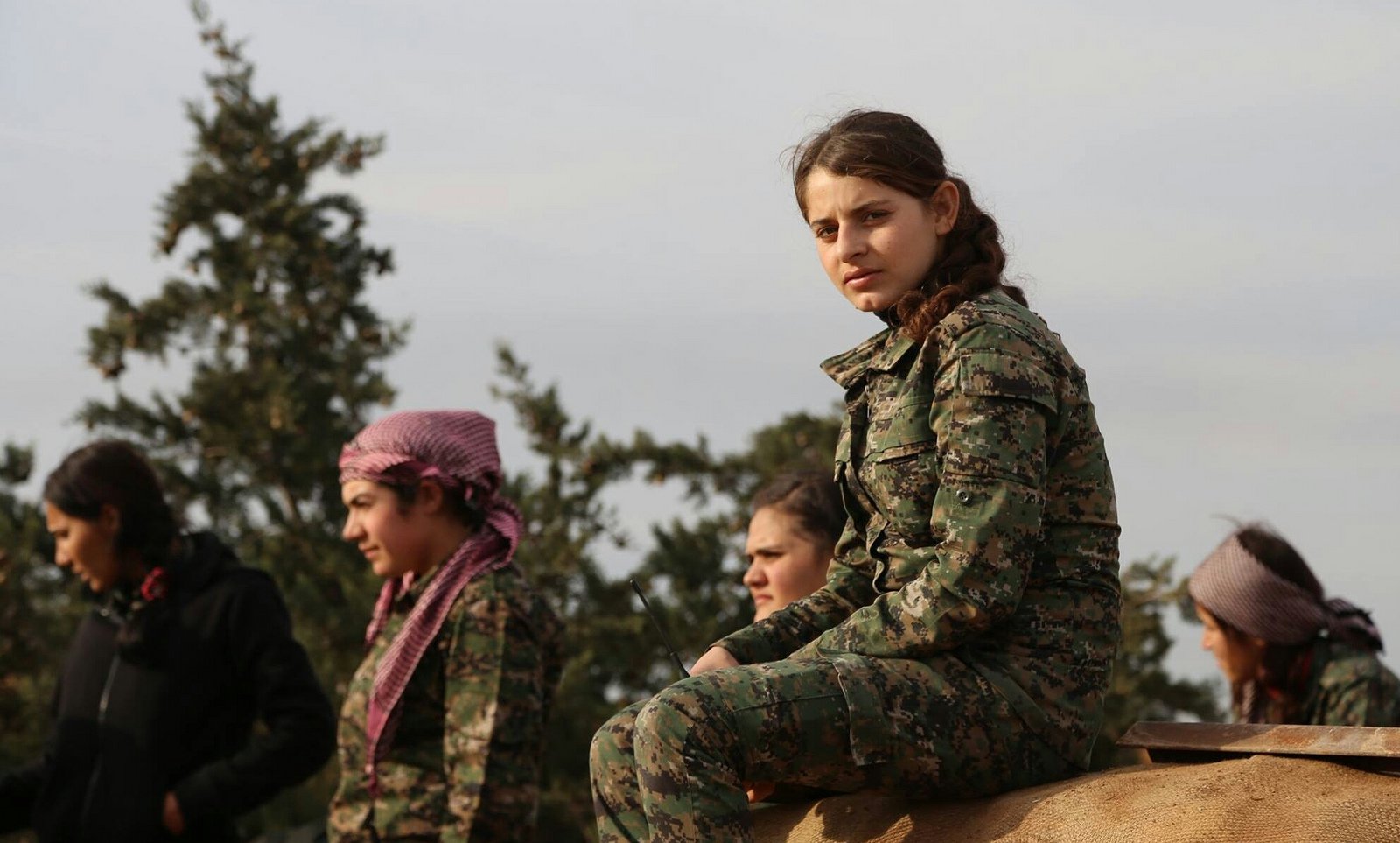 According to Ross, Rojava is the site of “perhaps the most explicitly feminist revolution the world has witnessed, at least in recent history.”

Rojava is recognized as a de facto autonomous federation and is home to nearly 5 million people, about half of whom are internally displaced. Traveling there over two years ago, Ross found a society in which “women and men are scrupulously given an equal voice.”

Read More: Stunning Photos From a Place Where Women Rule

Its capital, Qamishli, sits less than four hours from Raqqa — the capital of the so-called Islamic State, where women are enslaved and Sharia law is enforced.

“The story speaks for itself I hope,” Ross wrote to Global Citizen on Twitter.

Rojava’s society, according to The Atlantic, is organized through a “decentralized” structure of village assemblies and communes, as well as legislative councils and commissions, in which “the ethnic and gender balance is zealously asserted.”

The region has accepted refugees from neighboring Syria and Iraq, including the besieged city of Mosul.

Rojava’s experiment with direct democracy, however, has come under fire in past years.

In 2015, an Amnesty International fact-finding mission claimed that Rojava’s People’s Protection Units unleashed “a wave of forced displacement and home demolitions amounting to war crimes,” accusing local residents of sheltering ISIS fighters. This accusation followed a previous Human Rights Watch inquiry into the government’s use of child soldiers, as well as its history of arbitrary arrests and unfair trials.

But as Syria is reduced to rubble by more than half a decade of fighting, Rojava is continually evolving.

Read More: 'She Is Syria' Shines Light on the Women of the Refugee Crisis

As the fighting continues in Syria, Rojava has inspired a new demographic of fighters to fight back against ISIS: the LGBTQI community, Newsweek reports.

Called the Queer Insurrection and Liberation Army, the group wrote on Twitter that it “seek[s] to smash the gender binary and advance the women’s revolution as well as the broader gender and sexual revolution.”

It praised the “revolution in Rojava,” where it sees “women pushing for revolutionary advances at a rapid pace.”

From their base in Rojava, not far from Raqqa, the capital of the Islamic State, these women fighters have taken a bold slogan into battle: “woman, life, freedom.”

“ISIS has gathered the captive women in Raqqa as sex slaves,” YPJ commander of the Raqqa operation Rojda Felat told Green Left Weekly, “What we are saying is that women have their own will and are autonomous beings.”

TopicsISISWomenSyriaRojavaWomen fighters
Brought to you by