An Indigenous Woman Will Run for President of Mexico in 2018

The indigenous group the Zapatistas are going to run a native woman in 2018. 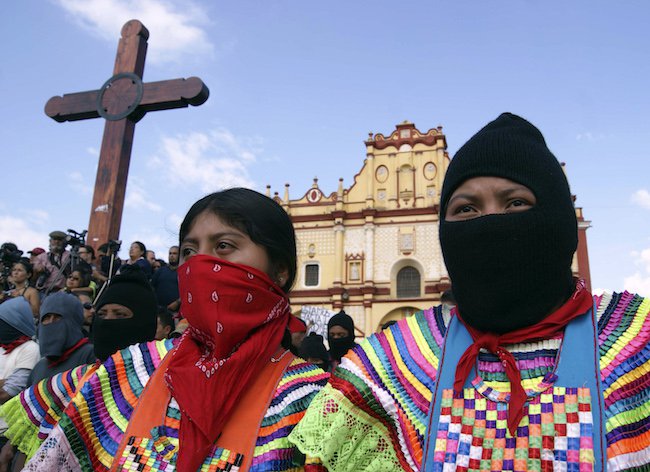 Around the world, fewer than one-quarter of lawmakers are women — an imbalance in representation that affects how laws are crafted and passed and how equality is created in societies. This year, Global Citizen’s new series, “Who Runs This Gov? Girls!” will chronicle the massive uptick in women running for office, regardless of political party, in the US and around the world, highlighting the candidates and the groups helping them to run, the challenges they face, advice & tips for running, and the results.

When the Mexican presidential elections take place next year, the field of candidates will look unlike any other in Mexico’s history.

This time, an indigenous woman will be running for president.

The Zapatista National Liberation Army (EZLN), a indigenous political and militant group in Mexico, plan to run an indigenous woman for the nation’s highest office in the 2018 elections.

The group announced late last year following its fifth annual National Indigenous Congress meeting that it would seek to run a female candidate in the elections — not necessarily to rise to power, but to stand up against the destruction of land and to defend indigenous lives and communities.

Read More: This Indigenous Community in Ecuador Is Overcoming Centuries of Oppression

They have not yet announced a specific candidate.

“Our struggle is not for power; rather we are calling upon native peoples and civil society to organize to stop this destruction, to strengthen our resistance and rebellion in defense of the life of each person, each family, collective, community, and neighborhood,” the statement read.

The militant group, famous for its radical left politics and masked members, has been fighting for indigenous people’s rights and advancement in Mexico since 1994, and has always included women’s rights in its platform.

But the group had traditionally agitated from outside the mainstream, and its move toward traditional political involvement represents a shift in the group’s strategy, according to Remezcla.

This is the first time in its history the group will try to run for office, according to Animal Politco. The group said the woman will run as an independent candidate against the three major parties, National Action Party (PAN), the Party of the Democratic Revolution (PRD) and the Institutional Revolutionary Party (PRI).

The Zapatistas also announced that they were creating a permanent assembly and council of government connecting indigenous communities across the country following the October meeting.

There are more than 8 million indigenous Mexicans living in poverty, 30% of whom live in extreme poverty, according to the National Council for the Evaluation of Social Development Policy