“They were destroying trees because they didn’t live here. It wasn’t their home." 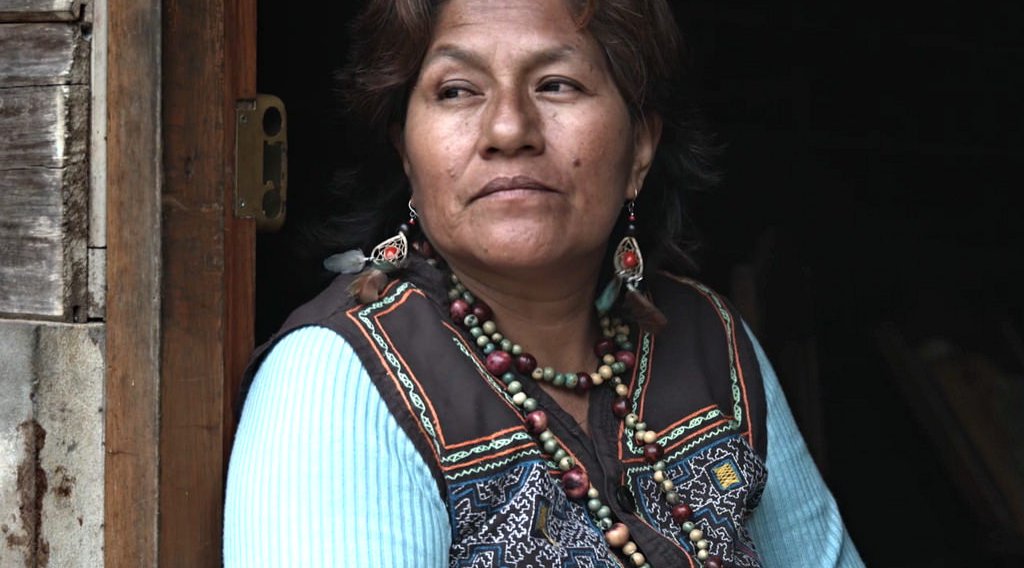 When mining companies came in and began to destroy the forests around Tres Islas, the former president of Tres Islas, Juana Payaba Cachique, began an epic legal battle to defend her community’s livelihood and way of life.

"The miners not only destroyed the communal territory, but also brought an increase in bars and introduced child prostitution to the area,” she said. “They were destroying trees because they didn’t live here. It wasn’t their home, and they didn’t care about the land the way we did.”

The vast rainforests in the community of Madre de Dios, deep in the heart of the Andean Amazon, provide many indigenous communities with their livelihoods. For example, locals in Tres Islas, one of the Rainforest Alliance’s partner communities, use sustainable methods of harvesting timber, Brazil nuts, and palm fruits.

The Brazil nut is one of the world’s most widely consumed forest products that aren’t timber or wood. It’s also one of a relatively small number of globally traded commodities that is helping to save threatened forests. Harvested from the giant Bertholletia excelsa trees, Brazil nut extraction involves little more than collection of pods (‘cocos’) that fall from the tree to the forest floor, a practice which actually spreads Brazil nut trees across the landscape. Unlike other well-known nuts, like almonds or cashews, Brazil nuts can’t be grown in plantations; harvesting can only be sustained in intact Amazonian rainforest. 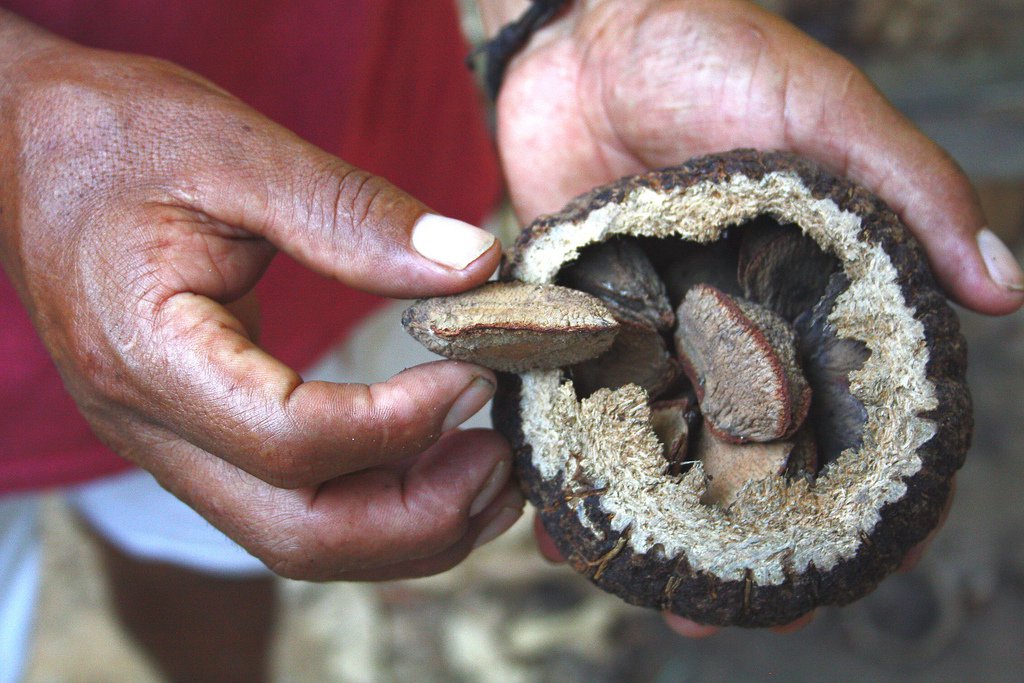 But intact rainforest in Peru, and especially in Madre de Dios, is threatened by legal and non-legal gold mining. In the wake of the 2008 global financial crisis, the price of gold skyrocketed—as a result, gold mining in the Madre de Dios region became pervasive, leaving behind extreme pollution, waterways poisoned with mercury, and thousands of acres of denuded, deforested land.

So she took her fight to the Inter-American Commission for Human Rights and eventually to the Peruvian Constitutional Court, which ruled in her favor against the mining companies. Today, the communities of Tres Islas are continuing to build a sustainable indigenous economy, based on responsible use of the forests that are their home.

The people of Tres Islas gather, shell, and process Brazil nuts to produce oil, confections, and other value-added products sold under the luxury brand OHEE, which was created by an association of local communities. Last year, Madre de Dios community enterprises exported more than 4,000 metric tons of shelled Brazil nuts, representing a value of nearly US$31 million. 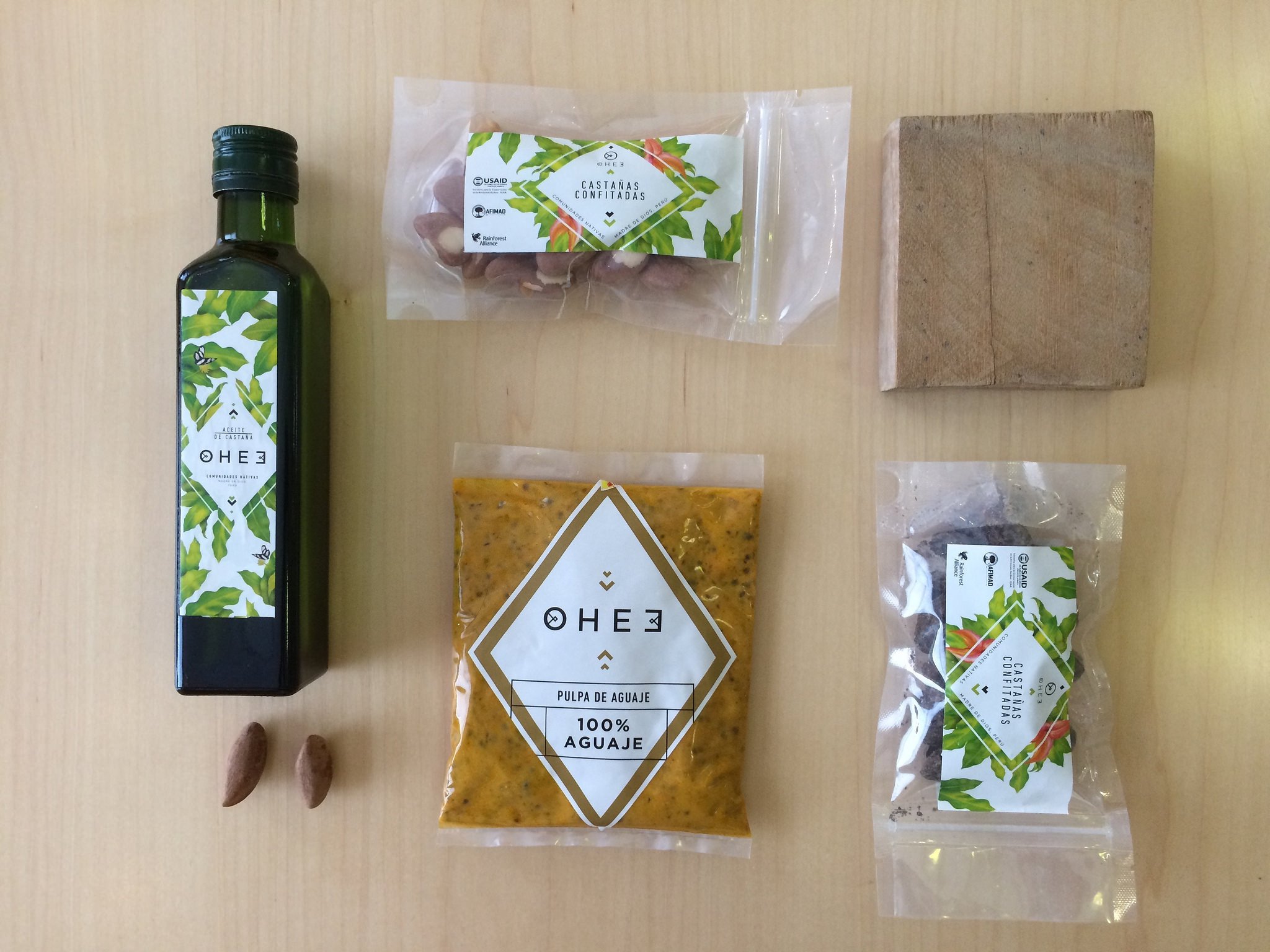 In addition to these initiatives, the people of Madre de Dios also own sustainable tourism businesses, as well as the harvesting of palm fruits used for skin and haircare products. With the support of the Rainforest Alliance, the people of Madre de Dios have already accessed more than $1.8 million in sales and financing, and they are sustainably managing more than 197,000 acres (80,000 hectares) of forest.

Read More: Rainforests Could Be Wiped Out in 100 Years -- Here's How to Prevent That

“The forest is our habitat,” Juana said. “If I kill this tree…there will be no more of this wind, no more of this pure air that comes to us. I’m leaving something that will be valuable for others, for my grandchildren who are growing up so fast,” she said.

“This is what I have always dedicated myself to, so that future generations will understand that this forest is a marvel and a culture and a worldview that the indigenous communities have.”

To learn more about the Madre de Dios community, check out this webinar.