Every 48 hours we lose a forest area the size of NYC. 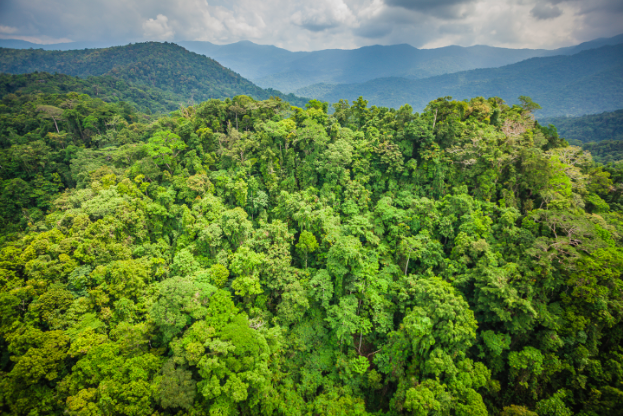 The Guardian UK published an article last week entitled: “We are destroying rainforests so quickly they may be gone in 100 years.”

“People have been deforesting the tropics for thousands of years for timber and farming, but now, nothing less than the physical transformation of the Earth is taking place. Every year about 18m hectares of forest – an area the size of England and Wales – is felled. In just 40 years, possibly 1bn hectares, the equivalent of Europe, has gone.

Half the world’s rainforests have been razed in a century, and the latest satellite analysis shows that in the last 15 years new hotspots have emerged from Cambodia to Liberia. At current rates, they will vanish altogether in 100 years.”

But fear not — we have the solutions available to solve this problem.

We just need to step up and continue taking action to protect our planet for future generations. Our children and grandchildren deserve to live in a world where rainforests still exist! Plus, we’ll be needing them to survive. More on that later.

Let me back up though.

What is deforestation and why is it such a big deal?

Deforestation, the mass clearing of forests, is one of the biggest drivers of climate change. It contributes to more than 7 billion tonnes of carbon emissions every year which is approximately 15 - 17% of all greenhouse gas emissions. (That’s more than the ENTIRE global transportation sector combined.)

It’s widely recognized by the scientific community that keeping forests alive will play a critical role in combatting climate change, and that reducing emissions from deforestation and forest degradation must become a priority — so much so that it was included in the historic Paris Climate Agreement in 2015.

An overwhelming majority of climate scientists agree that we need to reduce greenhouse gas emissions by 17 Billion tonnes annually by the year  2020, to avoid what they say is "catastrophic climate change" that is both irreversible and exponential. Long story short — we must protect our forests if we want to solve the climate crisis.

Why keeping our forests standing is so important

Aside from being incredibly beautiful, forests are significant in terms of the people, communities and wildlife who rely on them to survive.

On top of all of that, forests help regulate the climate. While a forest lives it helps stabilize our changing climate by absorbing greenhouse gas emissions. Living forests also provide livelihoods for forest communities, habitat for biodiversity, and ecosystem services like fresh water.

When we destroy a forest, we impoverish the forest people, drive species towards extinction, and threaten the resources humans need for survival.

How to get involved today

Keep a forest standing! It is one of the most effective actions you as an individual can take to reverse the dangerous effects of climate change.

Stand For Trees uses the power of social media and crowdfunding to enable individual citizens to take real and effective action to reduce deforestation and curb climate change.

You can choose from 17 projects in Africa, Asia & South America.

The Stand For Trees model places value on forests as standing, living ecosystems. It provides an economic alternative for communities living in forested areas so that they have a real choice between destroying their environment for survival or pursuing a sustainable pathway to economic development.

For example, $10 USD on a Stand For Trees Certificate prevents one metric tonne of carbon dioxide (CO2) from being released into the atmosphere while protecting threatened ecosystems that sustain forest communities and endangered species.