Faced with a starving family, her father gave away his 6-year-old daughter in exchange for food. 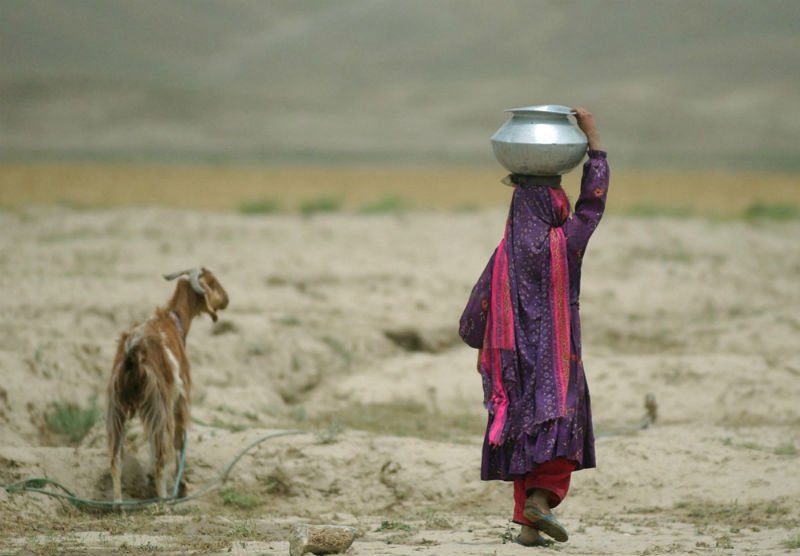 A man sold his 6-year-old daughter into a child marriage in exchange for a goat, rice, tea, sugar and cooking oil in Afghanistan, according to a disturbing report.

This is another tragic and shocking story after Said Mohammed Karim, 60, was arrested earlier this month for marrying an allegedly kidnapped girl, also 6 years old.

Too many similarities exist between these stories.

The man who married the girl, named Gharibdol, was also a religious figure in her village. Seyed Abdolkarim — a 55-year-old mullah in the Afghan community in Obeh —  essentially bought the girl after her father was struggling to feed his family.

The father said he could not afford another mouth to feed, and the marriage would help provide more food for his family. His female relatives did not agree.

A video was released showing the rightfully angry reaction of the women in the family upon hearing this grotesque marriage was taking place.

While it’s hard to tell what exactly is going on in the video, you can make out that the women clearly do not see the justification behind the father’s decision.

He appears to have rationalized the decision because 55-year-old Abdolkarim agreed he was “not going to have sex with the girl until she was 18.”

Turns out, more female relatives — this time Abdolkarim’s family — were skeptical of the situation. After Abdolkarim married the young girl, he took her to Firozkoh, in the Ghor province of Afghanistan, where some of his relatives lived.

Read More:Married at 3, Divorced at 7: Ethiopian Girls Tell Their Stories

At first his relatives thought the girl was his daughter after seeing him undress her at night. So they asked and were shocked by his answer.

“No, she’s my wife. Her father gave her to me,” Abdolkarim told relatives, according to the Observers.

Upon hearing this news, Adolkarim’s family called police and a women’s rights bureau. The bureau will work to seek justice for Gharibdol, ensuring her father loses parental rights and helping her mother seek a divorce — a tricky and taboo subject in Afghan culture.

Thanks to the outspoken women in the family who did not stand for such a heinous act of child abuse, the two men who brokered the deal were arrested. Gharibdol is currently living in a safe house with her mother. She was tested at a hospital in Ghor and doctors found no evidence of sexual intercourse.

Read More: You'll Now Get 30 Years in Prison If You Marry a Girl in Tanzania

Sadly, the marriage of a girl this young to a much older man who has resources is all too common in Afghanistan. The cause is poverty. Providing food for an entire family is too burdensome for many. That was the root cause for child marriage for Gharibdol.

The father’s reasoning for the marriage was that he needed to feed his family, and could not afford the extra mouth to feed. This is a choice no parent should ever have to consider. Yet hunger continues to force families around the world to take girls out of school, and is often the cause of early marriage.

More than 750 million people are hungry in the world today.

Making the situation more frustrating is that there is plenty of food on the planet to feed everyone. If food is redistributed more efficiently, and solutions to ending hunger involve grassroots efforts such as investing in smallholder farms and empowering female-owned businesses child marriages between a girl and man nearly 50 years older would not happen.

There are many steps to make the world a better place. Closing loopholes in the law is a major step in ending child marriage, addressing the deeper causes of poverty is just as important. Together these accomplishments can change the fate of girls like Gharibdol.