This Program Has an Ingenious Way to Keep Girls in School: Let Them Play

It all started with a ragtag rugby team hanging out with kids in Mumbai’s Dharavi slum.

Keeping kids in school in India is a daunting problem.

Even though 98% of kids live within walking distance of a primary school and it’s mandatory to stay in school until 14 (soon to be 16), only 1% of girls in the country finish high school, and 60% leave by 10th grade.

Matthew Specie is incredulous in the face of those numbers.

“If you have laws and infrastructure, it’s not about throwing resources at it,” Specie, the founder of one of the largest childhood nonprofits in India, Magic Bus, told Global Citizen earlier this month, as the two groups met leading up to the Global Citizen Festival in India on Nov. 19.

Magic Bus aims to keep kids in school until graduation and train them on how to go to university and create careers. It doesn’t do this by advocating for more schools or laws. It does it through play.

“What became apparent very quickly is that when you work with the poor, there is no provision for childhood. The concept of it is completely forgotten,” he said. 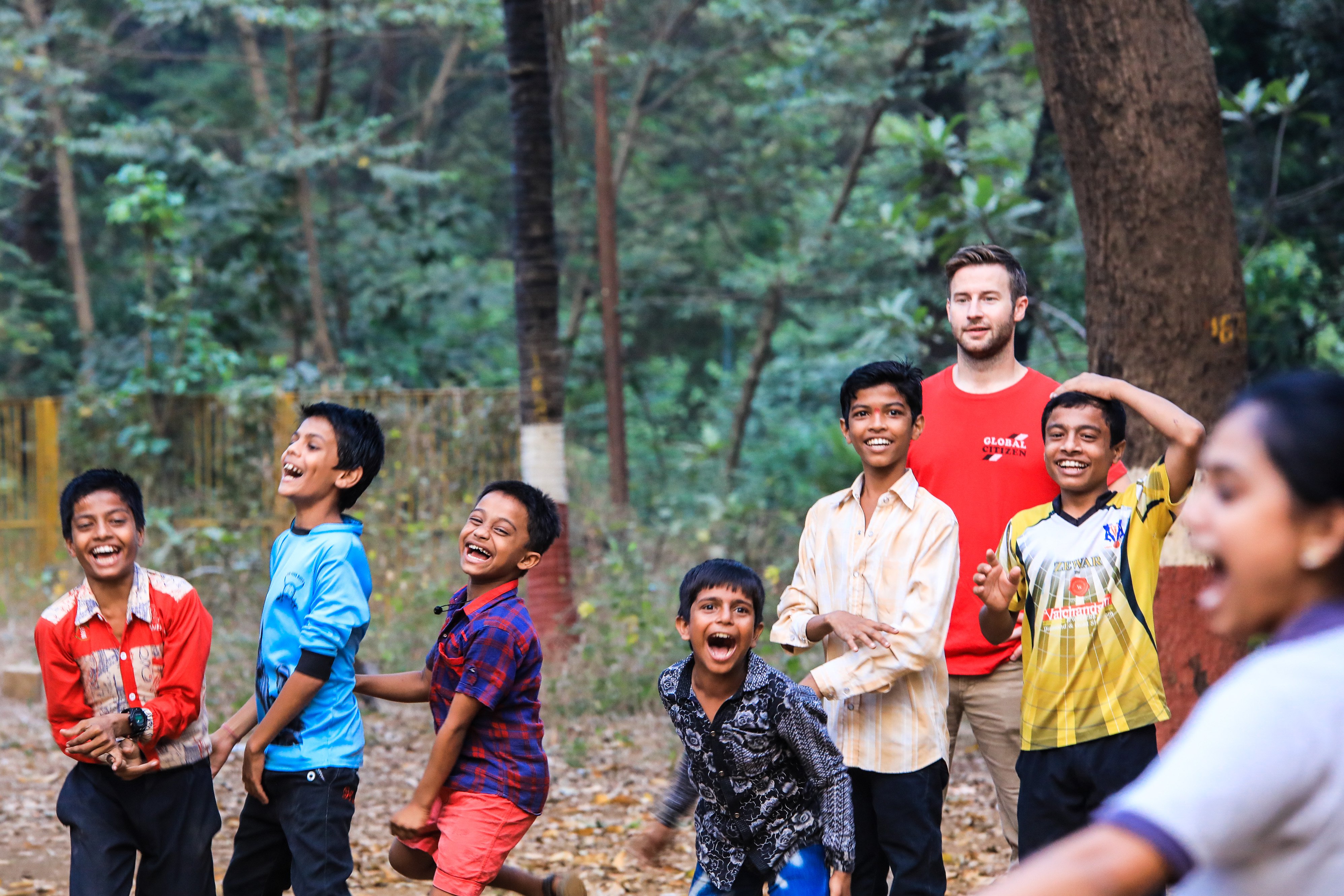 In a suburb north of Mumbai called Powai Lake, 50 children stood in a circle on a little dirt patch beneath the shade of some trees and practiced playing air guitar.

Wearing sandals,long pants, and t-shirts and holding hands, the children were shy at first, smiling up at the visitors from Global Citizen as we watched their dance circle. But the shyness soon gave way to dancing, to shimmying and shaking into the middle of the circle on cue from the youth leaders around them. Everywhere in the world, kids can be hams.

'When you work with the poor, there is no provision for childhood.' — Matthew Specie, Magic Bus Founder

The leaders split the kids into two groups and told them, in Hindi, the rules of the game: a mix of follow the leader and freeze-tag that had them skipping, running, and freezing until they were called out.

Earlier, the guides had taken us up to the neighborhood where they live, leading us on a bridge over a river littered with garbage, with one pile of trash slowly burning, sending its fumes straight into their homes. A busted water pipe poured water onto a man washing himself beneath it. Narrow paths led to concrete and corrugated-tin-roofed homes painted bright pink and yellow and green and strung with Christmas lights.

The residents welcomed us into their tiny two-room homes, decorated with family photos and Hindu gods, and told us about how the Magic Bus program had helped their children become more responsible, better sons and daughters, leaders in the neighborhood.

What skills had they learned, we asked. They had learned basic sanitation and hygiene like hand-washing and teeth-brushing. 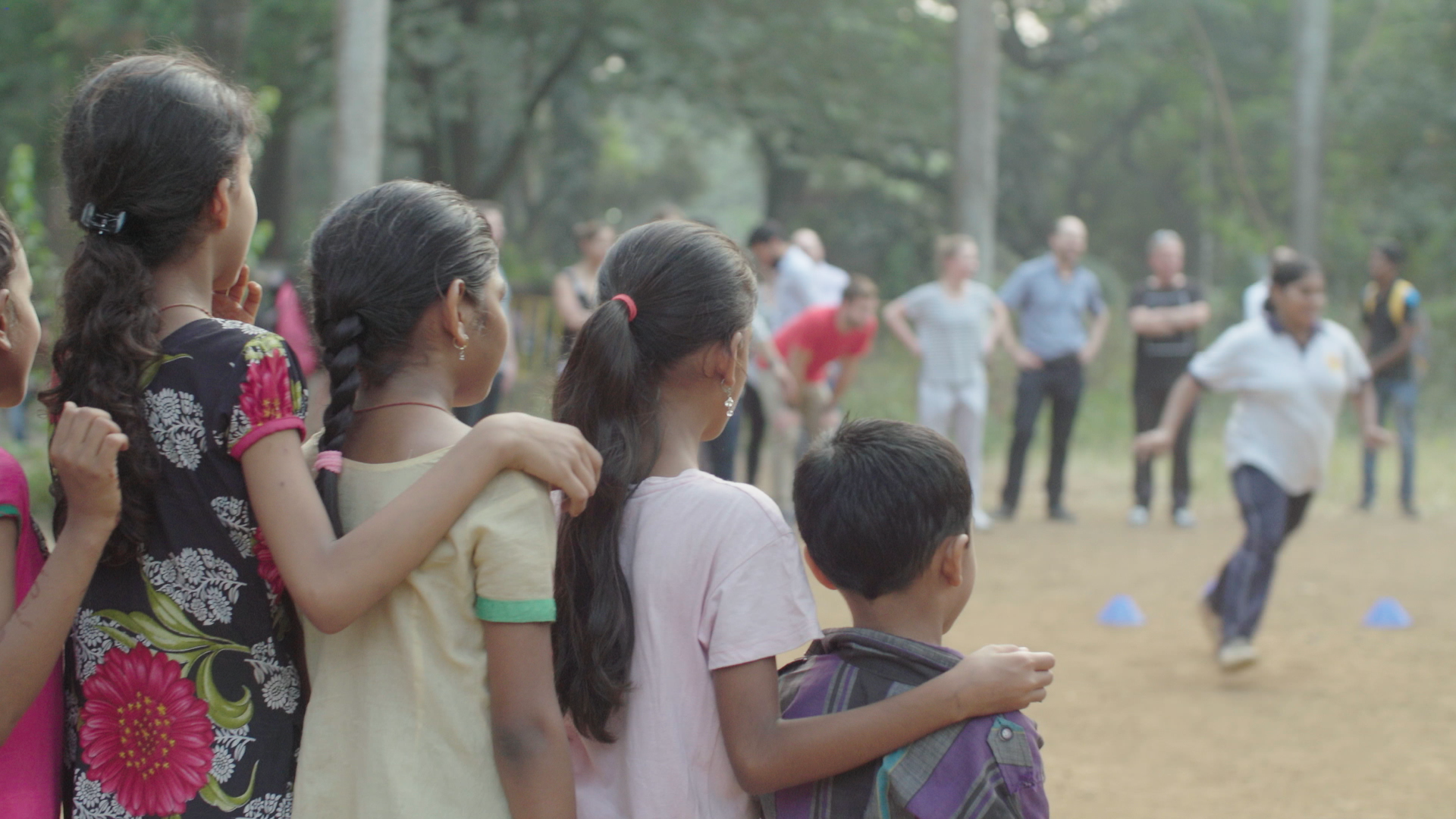 Back on the field, the leaders explained that the kids would play a specially designed game for the bulk of their Magic Bus session that day, and that afterward, they would sit and talk with the leaders about what kind of lesson could be learned from it. The lesson could be about fairness, or discrimination, or leadership. Another day, it could be about math skills or the best techniques for handball.

All of the children came to the program everyday after school. If they didn’t stay enrolled in school, they couldn’t come. And the leaders, who were between the ages of 17 and 21, would speak to their teachers or parents if they found out the kids had missed too many classes.

Specie started Magic Bus nearly 20 years ago, when he helped organize a ragtag group of neighborhood teens into a rugby team, and in exchange for his coaching expertise, asked them to help mentor kids in Mumbai’s largest slum, Dharavi. Specie and the teens traveled by  bus to Dharavi on weekends and took the kids to the beach, kayaking or rock climbing. It soon became known as the Magic Bus.

The key component to the program was that the teens would take responsibility for the younger kids for that period of time. Now, there are 10,000 Magic Bus youth leaders following the template of the rugby-playing teens, helping to run Magic Bus chapters across 23 states in India, with more than 400,000 children enrolled.

The cost of enrolling a child in the program is $25 per year, which can be paid by the family or by donation from outside sources (you can donate here). The group also relies on corporate funding, government funding (in India, all businesses must pay a tax that funds nonprofit work), and grants from other non-profits. 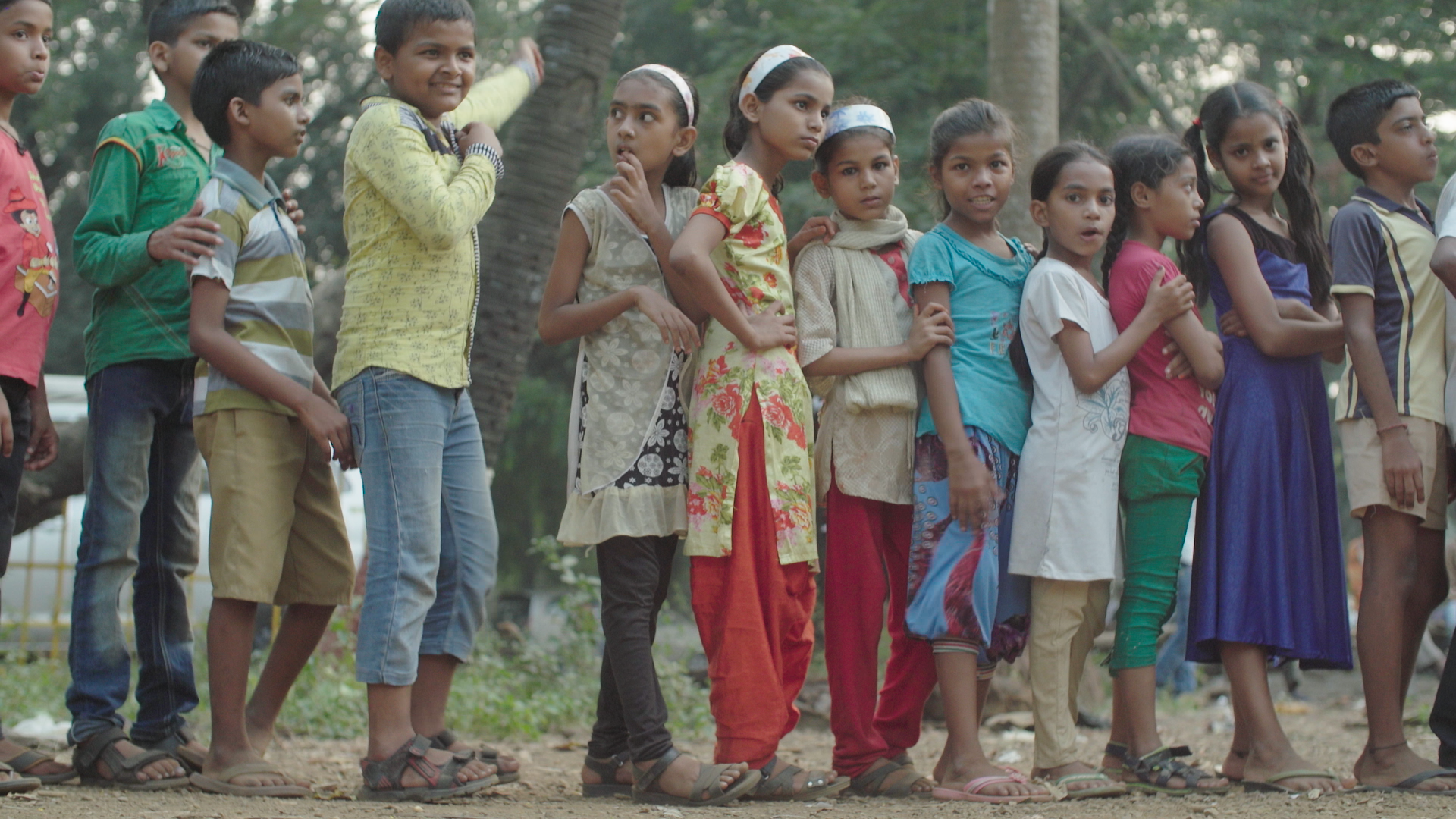 The leaders, ages 17 through 25, help enroll children in the program, run play-based learning sessions five days a week, check in with their teachers and parents to ensure they’re keeping up with school work, and serve as mentors and local “heroes,” Specie told Global Citizen from the Magic Bus headquarters in Mumbai.

When Specie’s initial group of rugby-playing teens graduated from high school and needed jobs, he thought it would be easy to hook them up with business owners he knew.

“I decided to get them all jobs,” he said, explaining that he thought it was a financial need that was “quite straightforward to solve.”

But every single teen lost the jobs Specie arranged for them within months. He realized, he said, that their ideas about work and the dignity of labor were different. So he needed to build them up. The program expanded to not only mentor the children living in extreme poverty, to make sure they still have a childhood, but also to mentor the youth leaders, to give them the skills to succeed in a professional world. 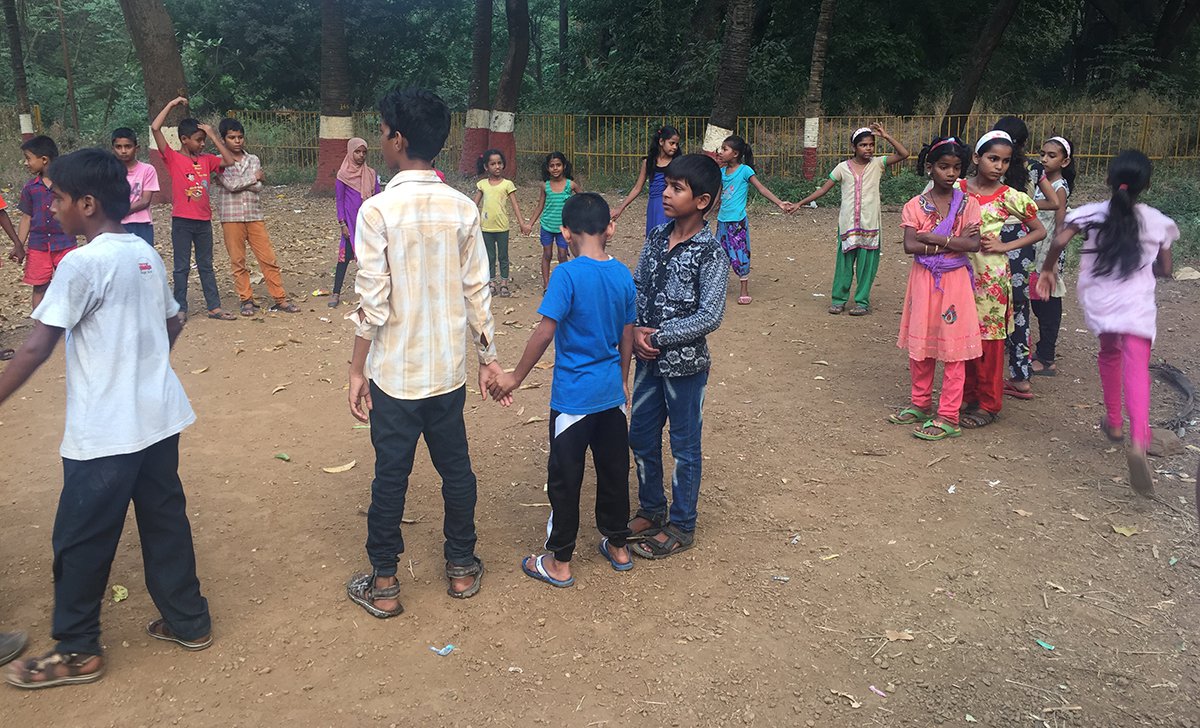 Now, Magic Bus operates on a “childhood to livelihood” framework, in which they commit to working with youth for a seven-year period, combatting obstacles like child marriage that might prevent them from graduating, and preparing them for a salaried career when they finish their education.

The custom is a tough one to break, he said. Indians have been practicing child marriage for 500 years, and the group cannot expect to break it in just one to two years of involvement in a child’s life. So they commit to seven years and make sure the mothers of the children are involved in the discussions about the importance of education.

Fewer than 50% of girls nationally stay in secondary school, Specie said. For girls in Magic Bus, that number is 98%. And three-quarters of all children who enroll in the program see it through for the entire seven years until graduation.

When Specie looks to the future, not just of Magic Bus but of India, he sees the youth that he’s working with today. There are 420 million young people in India that are projected to be underemployed or unemployed when they grow up, he said. That could result in critical social problems for the country, one that Specie has now lived in for more than two decades.

Those 420 million young people, he said, need jobs. And they need hope.

“We’re not going to be just another charity to build a school,” he said. “We are going to give kids the idea that they don’t have to be living in poverty.” 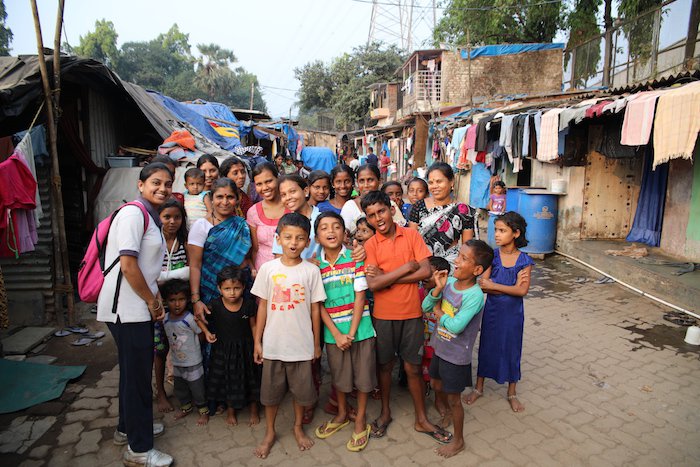 TopicsIndiaeducationindiaGlobal Citizen Festival India
Brought to you by