Parliament is set to vote on the law on 15 May. 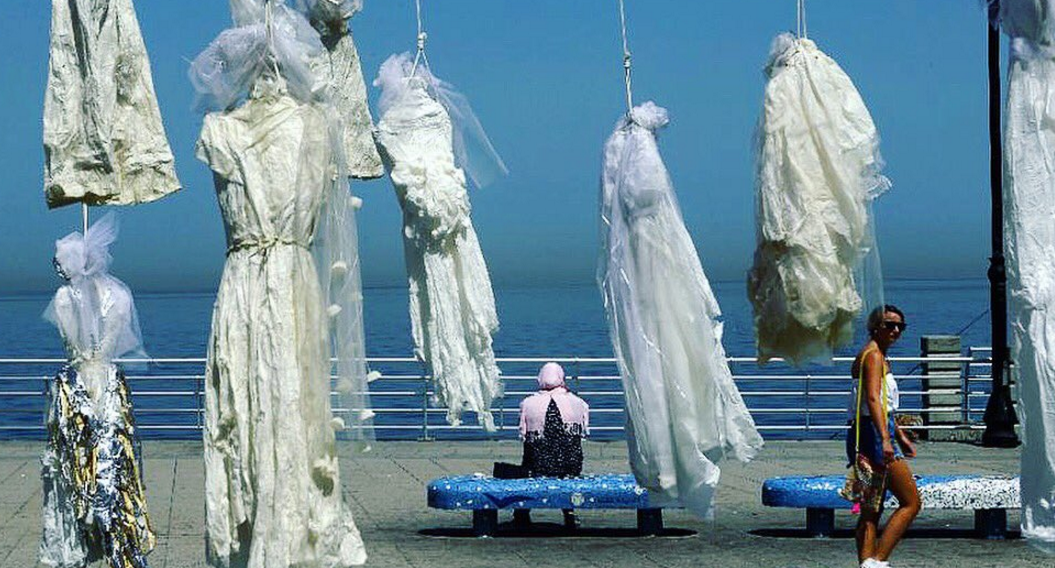 Beneath the blue skies on Beirut’s beach front, Lebanese activists hung wedding dresses from nooses strung between palm trees. The haunting scene was designed to protest a Lebanese law dating from the 1940s, that still allows rapists to escape punishment for their crime by marrying the victim.

Campaigners have spent years calling for the sexist and harmful statute, known as Article 522, to be overturned. In December, ABAAD, a charity that works with survivors of domestic violence and advocates for women’s rights, staged a stunt featuring “bloody brides.” Dressed in blood-spattered wedding dresses as a vivid reminder of the violence that no wedding can cover up, the activists called on lawmakers to repeal the law.

#lebanon :girls in wedding dresses and bandages during a silent #protest against #rape and #violence against women #beirut #522 #abaadpic.twitter.com/ge9Rnpd5E2

According to The Independent, activists are hopeful that the law will be repealed when the vote takes place — and the latest stunt marks a final push to consign the law to history.

Jean Oghassabian, Minister for Women’s Affairs, described the article as being "from the stone age," according to Agence France Presse. “How is it reasonable for a woman to be raped and then sold into a prison?”

Mireille Honein, the artists behind the stunt, told AFP that Article 522 left women "without an identity" and was "shameful for those imposing it on them." Her installation displayed 31 dresses to signify the number of days in every month, highlighting the daily reality of a woman raped and forced to marry her rapist.

The Lebanese prime minister has expressed his support for the campaign to repeal the bill, a promising sign for the vote in May.

Human Rights Watch is also calling for Lebanon to change its laws around marital rape, as the penal code does not prohibit rape in marriage.

Read More: Malta Will Repeal a Law that Legalised Violent Abductions of Girls and Women

Most recently, Jordan’s cabinet voted to scrap its loophole on marriage for rapists — now the decision must be voted through by MPs. The cabinet's decision has been celebrated as a "dream that has come true.”

However, too many countries still retain legal provisions that allow rapists to go unpunished through marriage to their victims, including: Algeria, Bahrain, Iraq, Kuwait, Libya, Palestine, Syria, and Tunisia.

One in three women around the world experience some form of sexual or physical violence worldwide — 70% of these are from an intimate partner. Global Citizen and CHIME FOR CHANGE are campaigning to end violence against women and the laws that allow it to go unpunished. Sign the #LeveltheLaw petition to add your voice to the global call to protect women.