By Phineas Rueckert  and  Erica Sánchez

John Oliver and Wilmer Valderrama have a message for Venezuela President Nicolás Maduro.

By Phineas Rueckert  and  Erica Sánchez

But beyond the facade of humor, Oliver’s segment brought up some critical points about mounting hunger and political instability in the once-oil-rich country — and called on Venezuelan President Nicolás Maduro to change his position on humanitarian aid, which the leader has thus far rejected.

Take Action: Call on World Leaders to Focus on Adolescent Girls and Improve Their Nutrition

“Maduro has either jailed or barred from public office a number of his opponents and has even turned down help from other countries and agencies, including food and medicine,” Oliver said in the segment. “He has turned down food and medicine, telling Venezuelans that humanitarian aid is part of a conspiracy to overthrow his government.”

Despite rising hunger that has led to a child health crisis, the Maduro administration has refused to accept humanitarian aid from neighboring countries, NGOs, and charities. During that time, the average Venezuelan has lost more than 11 kilograms (or about 20 pounds) of weight, according to survey results published in February. 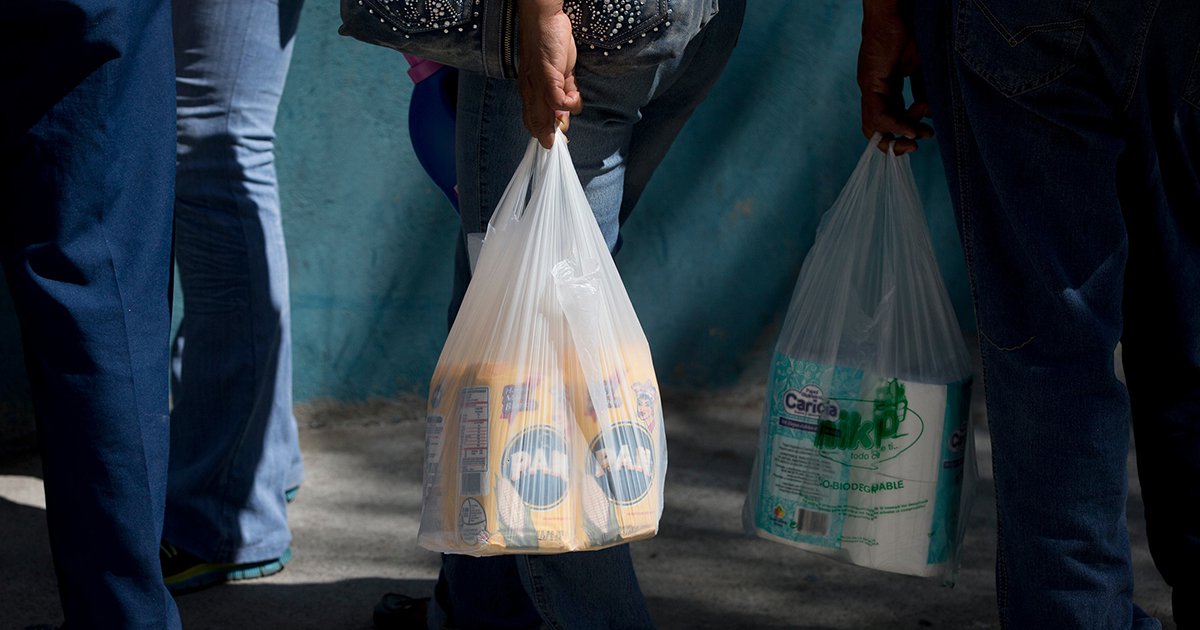 An estimated 3-4 million Venezuelans have also fled the country to neighboring countries, especially Brazil and Colombia.

Toward the end of the segment, Valderrama — dressed as a bird in reference to an incident in which Maduro believed he had been visited by former president Hugo Chavez in the form of a bird — appealed to Maduro to accept humanitarian aid as the crisis deepens.

"Maduro, the whole world can see what mess you are making," Valderrama said. "The point is, Maduro, you need to accept humanitarian aid and cool it with the dictator stuff, or I've got a poopootov cocktail with your name on it right here."

Valderrama then flew away into the rafters, ending the segment. But the crisis in Venezuela continues in advance of what could be a pivotal election on May 20.

Global Citizen campaigns on the Global Goals for Sustainable Development, and zero hunger is goal number two. You can join us and take action here.