Norway commits to zero deforestation--the 1st country to do so

The rate of deforestation has slowed by 50% over the past 25 years. 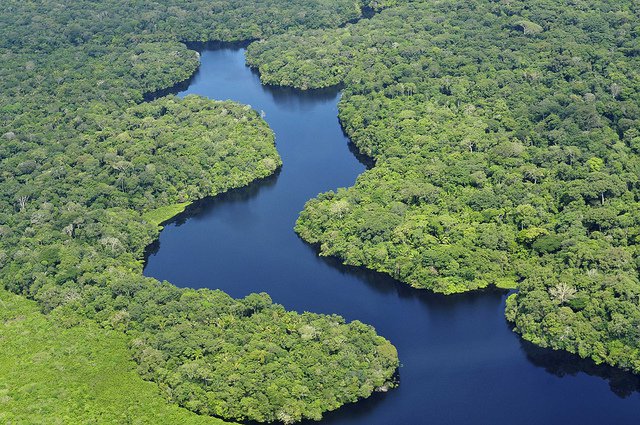 If you're a tree, rejoice. Norway just announced that it will stop supporting deforestation through how it invests and buys resources, setting an important precedent that the rest of the world may follow.

If you're a human, it's a good time to rejoice as well. It's easy to forget, but trees make all human life possible by providing oxygen. They also provide food and shelter, clean the air, combat climate change and foster ecosystems across the world.

They're basically the embodiment of benevolence.

But they've been under sustained assault for most of the past few centuries. It's estimated that 46% of trees have been eliminated since humans arrived on the scene.

The main drivers of deforestation are development, agriculture and livestock. It's a paradoxical arrangement because as forests are lost to gain land, the quality of land suffers. It's another example of short-term profit trumping long-term sustainability.

The good news is that the rate of deforestation has slowed by 50% over the past 25 years. Countries are increasingly realizing that trees are indispensable. Forest management practices are improving, more forests are coming under the protection of national legislation and more trees are being planted than ever before.

Forests employ 50 million people and directly contribute $660 billion to global GDP. The restoration of forests will only add to these numbers, and then there's the countless benefits that can't be quantifed and really shouldn't be trivialized through a monetary value.

Norway still has to sketch out the details of this legislation, but the general concept is simple: the Norweigian goverment will remove deforestation from its supply chain. Governments spend lots of money on resources and a lot of these resources can be traced to deforestation. Norway will only support suppliers who do not contribute to deforestation.

It will be a tough transition, but Norway has been working towards this goal for years.

For other countries still aggressively clearing out forests, a similar transition will be harder. But Norway has set a template that other countries will follow. Eventually, global supply chains can be modified enough so that the norm of deforestation is replaced with a norm of reforestation.