'I Am My Own Guardian': Female Saudi Artist Protests Guardianship Laws

Because all women deserve to be treated equally 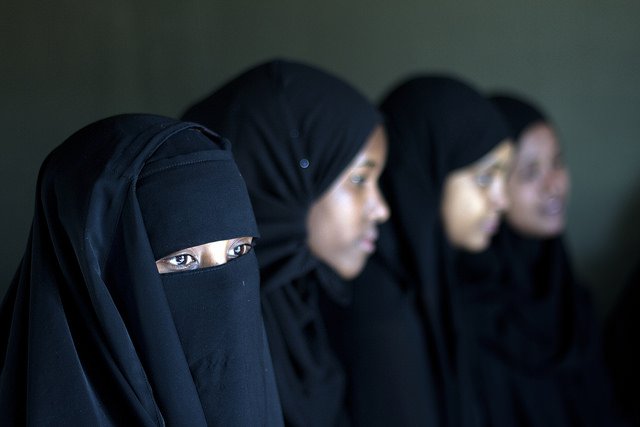 It’s been over three weeks since Saudi Arabia’s King Salaman announced that women would be granted the right to drive. However, according to Saffa, a prominent Saudi artist and activist, the country’s most oppressive law continues to operate.

The infamous “male guardianship law” imposes some of the world’s tightest restrictions on women in Saudi Arabia. Under this regulation, all Saudi women are required to seek permission from a male guardian — whether it be their husband, brother or even son — in order to undertake various activities in their day-to-day life. This includes: the ability to travel, marry, study, attain healthcare, exit state shelters and prisons.

Read more: Women Are Treated Like Children, Thanks to This Saudi Arabia Practice

This stringent law extends beyond those within the kingdom’s jurisdiction. The government obligates Saudi women living abroad to demonstrate they are accompanied by a male guardian.

A Saudi-born artist and PHD candidate who goes by Ms. Saffaa only felt the full impact of the law when she travelled to Australia to finish her honours degree at the University of Sydney in 2012. She was told by the Saudi Arabian government, which sponsored her scholarship, that “she was required to live with a male guardian to supervise her.”  She was in her early 30s and hearing that was, in her words, “humiliating and dehumanising in many ways.”

Exasperated with her situation and the harsh realities experienced by other Saudi women, Saffaa decided to take action and speak out against the government’s laws by creating an artwork titled “I Am My Own Guardian.”

There's a bit of me in more Aussie homes. #MsSaffaa @nicscurry (@get_repost) ・・・ "Excited to have this piece by @mssaffaa on my wall#iammyownguardian"

The poster featuring a face shrouded in the Saudi shemagh with the hashtag “#IAmMyOwnGuardian”, has been plastered on Saudi streets, retweeted and sold online.

Having evolved into a wide array of artwork, an international online campaign and a viral hashtag on Twitter,  Saffa’s work has become emblematic of a movement where Saudi women and allies have expressed dissent to the guardianship laws.

As a result of Saudi activists campaigning against these laws throughout the years, there have been gradual reforms to the system. The government has implemented measures that allow Saudi women to gain some access to political positions, to have increased autonomy in the labor market and to seek assistance for domestic violence.

While the usual forms of public protest, i.e., marching in the street, are illegal in Saudi Arabia, social media has been the vehicle driving the growth of the movement.

In an interview with the ABC, Saffaa says, “I Am My Own Guardian was never meant to be a movement or even a campaign.”

"It was just an artwork I created to personally protest, in a very quiet way, the discriminatory laws that the Saudi government imposes on their female students here in Australia.

“I don’t think the Saudi government realised how powerful works of art can be.”

A few of my #IAmMyOwnGuardian & #MilkMan series are on sale. All prints are manually screen printed. 4 more info check out my instagram. pic.twitter.com/qdcRHlGc9x

Saffaa believes the fight for women’s rights in Saudi Arabia is part of broader struggle against state authoritarianism, for the rights of all minorities.

She says in an interview with The Guardian that her activism aims to challenge “the western framing of Saudi women as victims, rather than as agents of their own liberation.”

In another interview with PSB, she asserts, “I just wanted to show the world: here we are, Saudi women. White male and female feminists have been speaking on our behalf for a long time, taking our voices and projecting it through an orientalist lens. So that was my way of asserting my presence. I just wanted to show that we have a voice, that we are active agents in our society.”

Saffa continues to express her views through art with the hope of painting a better world for all women.

Her latest work is a vibrant, 20 metre mural on the wall of the Sydney College of Arts campus cafe.