The decree will take effect in June 2018, for the issuance of driver's licenses to women. 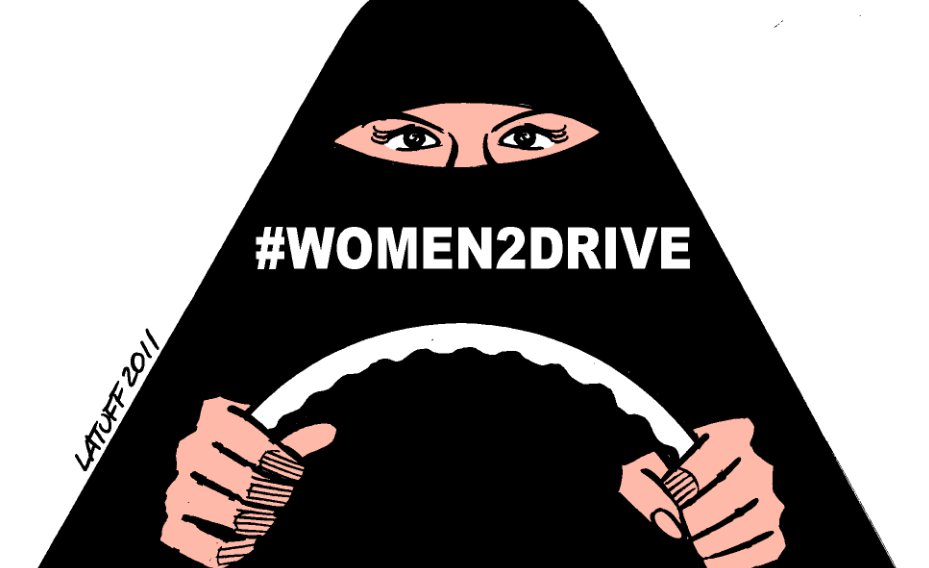 After Saudi Arabia’s King Salman issued a royal decree that grants women the right to obtain driver’s licenses in the ultra-conservative country, euphoria spread across social media with the hashtag #Women2Drive -- an addendum to the campaign started by Saudi women activists in 2011 to abolish the driving ban.

For years, women’s activists have fought to win freedoms like the right to drive in a country where women still have few rights compared to men.

The historic announcement on Tuesday was seen as a major victory and Saudi women took to Twitter to express their jubilation at being able to take the wheel.

You want a statement here is one: "Saudi Arabia will never be the same again. The rain begins with a single drop" #Women2Drive ❤️

Saudi women’s rights activist Manal al-Sharif, founder of the #Women2Drive campaign, took to Twitter to celebrate the victory. In 2011, al-Sharif spent nine days in prison for driving a car in the streets of Saudi Arabia. After her protest, she lost her job and received several death threats, forcing her to leave her two young sons behind and the only country she’d ever known as home.

Let's not forget #Saudi rights campaigners Loujain Hathloul & Maysaa Alamoudi who protested to end driving ban & were once jailed for it. pic.twitter.com/fypUbiIFN6

Two other activists, Loujain Hathloul and Maysaa Alamoudi, were congratulated and praised online for their involvement in the #Women2Drive campaign. In 2014, both women were arrested and spent two months in jail after driving over the Saudi Arabia border from neighboring United Arab Emirates (UAE).

love to see progression. women will now be able to drive in Saudi Arabia 💅🏾🎀❣️🚗

Even Global Citizen Rihanna posted a picture in support of Saudi women on her Instagram account: “Love to see progression. Women will now be able to drive in Saudi Arabia.”

Us when we heard the historic decree that #SaudiWomenCanDrive. Big step towards the right direction. Mabrook sisters! #Women2Drivepic.twitter.com/TaQJcAQWtK

Journalist Natasha Fatah said on Twitter, “I’ve been living in Saudi Arabia for 10 years. There are miles to go for women’s equality, but the king’s decision to let women drive is a huge step.”

So happy to hear that Women in Saudi can now take to the road! BRING IT ON! #saudiarabia #saudiwomen #womenempowerment

The original “We Can Do It!” poster, which encouraged US women to take jobs in the service industry during World War II, and became a celebrated symbol of female patriotism, circulated on social media of an Arab woman wearing a niqab, fist clenched.

Global Citizen campaigns on gender equality around the world, including in the Level the Law campaign launched in conjunction with CHIME FOR CHANGE that works to get countries to treat women fairly under the law. You can take action here.

Topics#WomenAndGirls#GenderEquality#Women'sRights#SaudiArabia#MiddleEast
Brought to you by