Hundreds of people are taking part in the Dizzy Goals Challenge

Individuals and corporations have helped raise awareness of the Global Goals. Now, it's your turn! 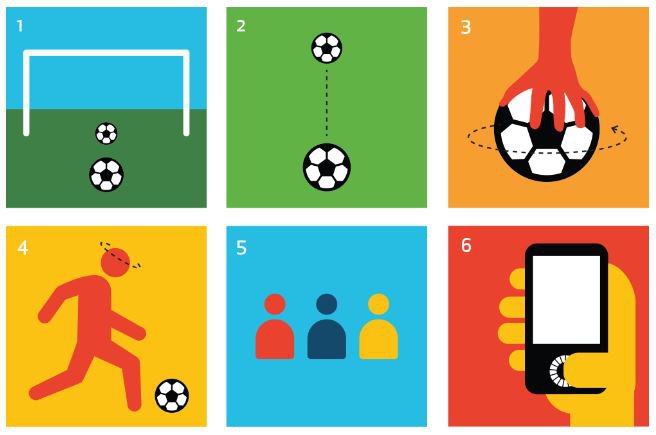 The 17 Global Goals are a new, universal set of goals, targets and indicators that United Nations member states will be expected to use to frame their agendas and political policies over the next 15 years. The Goals seek to end extreme poverty, fight inequality and injustice, and fix climate change by 2030.

While the campaign will really shift into high gear once the Goals are officially signed on September 25th, several initiatives are already creating hype and building awareness around the Goals.

My favorite of these initiatives is the #dizzygoals campaign. I wrote about it in August when the first videos began invading Twitter.

Since then, hundreds of new videos have been posted, and individuals and corporations all over the world have demonstrated their support for the Goals. While the underlying message is serious (”I missed my goal so that world leaders don’t miss theirs.”), the videos themselves are hilarious.

Have you heard of #DizzyGoals? The team at @Virgin HQ show you how it’s done: http://t.co/tZx658kNbMpic.twitter.com/JaJD6ylgFy

When I first heard about the campaign to make the Global Goals famous, I thought this task was going to be very difficult to achieve. But now, it's certainly feeling achievable. Together, individuals can make a difference—and making a difference can be fun.

Get in on the fun and help spread the word about the Global Goals! Be part of the movement that will give all individuals the chance to survive and thrive.

Not sure you want to shoot a penalty goal while dizzy? It’s ok! There are other ways you can tell everyone about the Global Goals. For example, you can take a quick selfie and upload it to Instagram. Click here for more ideas on how to make the Global Goals famous.

In addition to telling everyone about the Goals, you can play a huge role in urging world leaders to show their support for the Goals. Email US Vice President Joe Biden, and tell him to come to the Global Citizen Festival and declare his support for the Global Goals in TAKE ACTION NOW.