Heathrow Beats Gatwick to Controversial Airport Expansion. But the Real Loser Is the Environment.

Zac Goldsmith has resigned in protest, as many Conservative MPs react furiously to the announcement. 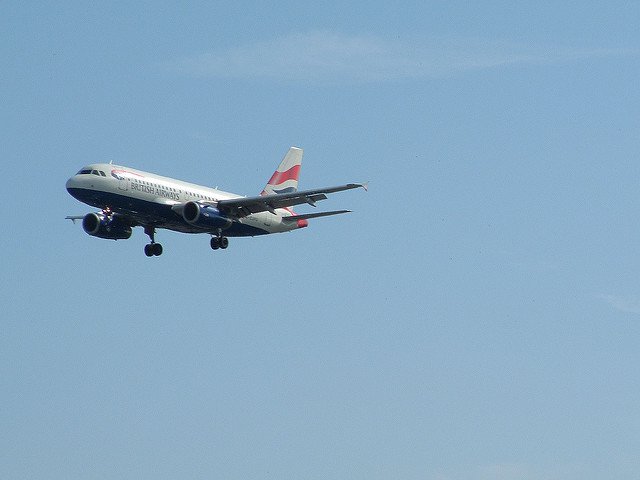 Heathrow or Gatwick? Mary Kate or Ashley? Ant or Dec? It’s increasingly difficult to tell the two airports apart in the controversy over an airport expansion that’s seemingly stretched on forever. Sparks have flown instead of planes, as the two aerogiants have publicly sparred over the plans that are set to define the future of British aviation. Today, the government has finally spoken. Heathrow has got the go-ahead to develop a third runway.

The cabinet is in turmoil as politicians have picked sides. Boris Johnson has previously said that he will lie down “in front of bulldozers” before he lets a third runway be built at Heathrow, whilst Education Secretary Justine Greening has also threatened resignations. In breaking news just announced in the last hour, previous London Mayoral candidate Zac Goldsmith will resign in protest at the announcment, triggering a by-election in his Richmond consituency. Their argument is that an expansion at Heathrow would be built slower and be more expensive for the taxpayer.

Following the Government's catastrophic Heathrow announcement, I will be meeting my constituents later today before making a statement.

However, if Gatwick had been picked, there would have also been an eruption of protest. Last week, a group of 50 politicians from Wales, Scotland, and Northern Ireland, including Stephen Crabb and Stephen Kinnock, urged Theresa May to back Heathrow. Last year, the Airports Commission Report recommended Heathrow for expansion, too, to deliver more jobs and a bigger boost to the economy. Some reports suggest that Heathrow could deliver up to £100 billion in economic benefits.

Ironically, most of the noise pollution has begun before a single additional takeoff. Shouting from every corner of the political spectrum has seen the debate descend into chaos. It’s difficult to work out who is right or wrong, as politicians scream over one another for attention. Justin Bieber would likely storm off at the sound of it.

Finally, the government has expressed its preference at the expense of Team Boris, and the tentative "winner" has been crowned. Heathrow may have come out on top over its noisy neighbour, but you’d be forgiven for keeping the champagne corked in the fridge. The real loser isn’t Gatwick. It’s the environment.

Our message is very clear. There should be no airport expansion at either #Heathrow or #Gatwick. #NoNewRunwayspic.twitter.com/S2qnWQM4bU

Sure, it still needs to go before a fractured Parliamentary vote. May’s preference is far from the end of the issue. Indeed, it might be more than a year before it’s put to a vote in the Commons. But, whichever way it goes, the environment is going to suffer. Here’s why.

Aviation represents 6% of the UK’s total CO2 emissions. With a third runway that figure will rise to 24% by 2040. But didn’t we just ratify the Paris agreement, to cut carbon emissions by at least 90% before 2050? Airport expansion doesn’t just make this more difficult, it makes it impossible. The UK is ignoring its responsibilities to the planet.

What’s not been reported is how climate change targets are planned to be kept. Despite putting more planes in the air, the theory is that it’s possible to reduce demand. How? By raising the prices of plane fares, so fewer people can afford it. But Leo Barasi, writing in the Guardian, claims that the government is unlikely to allow such price hikes. Therefore, it’s likely that emissions targets will fly further out of reach.

Already, the air quality hotspots near Heathrow are at illegal levels. But a Greenpeace investigation found that a third runway at Heathrow would see a drastic rise in air pollution with increased traffic. Hounslow council have claimed that poorer air quality could lead to millions of pounds worth of expenditure in extra medical appointments, too. It would also push Nitrogen Oxide levels further outside of official EU compliance rules. After Brexit, of course, there will be no legal requirement to meet these rules, amendable by the Great Repeal Bill. But was this the kind of independence from bureaucracy that green Leave voters were hoping for?

Should expansion plans at Heathrow go ahead, 320,000 people would be affected by adverse noise pollution. At Gatwick, approximately 18,000 people would suffer. It seems that Gatwick is the quieter of two evils, yet the recommendation of the cabinet seems to ignore this.

No to #Heathrow expansion pic.twitter.com/GnCr4SKAmA

Despite the protestations of Sir Howard Davies, who heads up the Independent Transport Commision, advances in aviation technology are not keeping up with increases in flights. The argument goes that fuel efficiency is swiftly improving, and so even though there will be more planes in the sky, there won’t be environmental consequences. This is not the case. Advances in aviation is slow, and some say that basing a plan around advances that haven’t happened yet is foolish. The environment will suffer.

Here's what Transport Secretray Chris Grayling had to say about the approval.