Hala Lost Her Husband to ISIS. Then Trump Wanted to Ban Her From the US. Now She’s Attending the Oscars.

“The reason I agreed for my life to be filmed is so people can see the truth.” 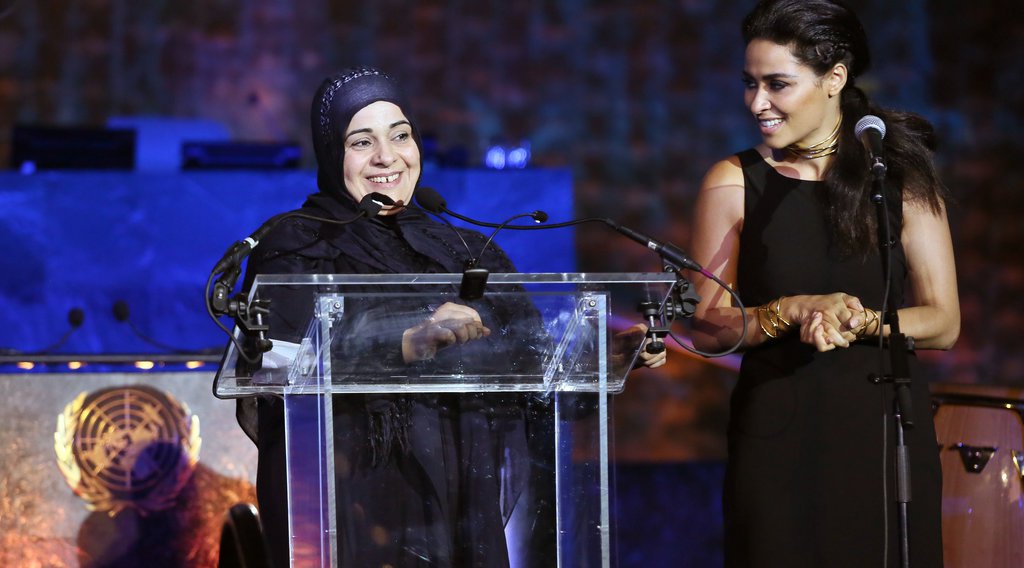 Hala Kamil and her husband, Abu Ali, used to stay up late each year to watch the Academy Awards from Aleppo, Syria, where they lived at the time. The pair would drink coffee to stay awake and name the actors and actresses who strode across the red carpet.

This was before Abu was captured by the Islamic State and Hala fled to Germany with her four children, before Aleppo was a war-zone and Donald Trump was president of the United States.

Now, more than three years later, Hala Kamil will attend the Academy Awards, no longer as a distant spectator, but as the subject of an Oscar-nominated documentary, called "Watani: My Homeland."

Read more: Here Are the Oscar Nominations We’re Most Excited About in 2017

She’s using the opportunity to dispel myths about Syrian refugees and to preach togetherness.

“Traveling to the United States is a very important step forward for me, to have the opportunity to reach so many people with my message of peace, unity and understanding is so invaluable, and I’m so grateful to have this chance,” she wrote in a statement.

But Hala’s path to the Oscars was not so easy. Hala is from Syria, one of seven countries affected directly by the Trump administration’s travel ban.

So despite having been approved for a visa before the ban’s announcement, her visit was cast into doubt in late January, less than a month before the event. When, one week after the ban’s conception, several courts achieved a temporary “stay,” Hala’s trip again became a reality.

“Watani” tells the story of her struggle to emigrate to Germany after the capture of her husband by ISIS fighters. Much of the film is projected through the lens of her four children — Hammoudi, Helen, Farah, and Sara.

What initially began as a documentary aimed at capturing the family’s life in Aleppo changed dramatically when Abu Ali, a fighter for the Free Syrian Army, was captured by ISIS. Before the war, both Abu and Hala were both engineers, but the war changed that, too.

“The reason I agreed for my life to be filmed is so people can see the truth,” Hala told Entertainment Weekly.

And in 2017, hers is a truth that needs to be heard and witnessed.

“I want to tell the world about a small country called Syria, a country that has been burnt alive, its people torn up from the soil they once thrived on,” Hala wrote. “All this destruction and displacement needs the concerted effort of the whole world working together, to help these people back to their roots, the roots they hold so dear. All these people want is peace and the right to live.”