Go Deep Into the Amazon in This Stunning Virtual Reality Film

“The Amazon, the lungs of the planet, it’s really the number one generator of oxygen on the planet.”

A sloth draped from a branch. An anaconda slithering among stones in a shallow creek. A bunch of birds noisily exploding into color at the first hint of a predator.

And the trees — towering above everything else, sculpting light, amplifying sounds.

These are some of the sights and sounds that you’ll experience when you watch Conservation International’s new virtual reality film “Under the Canopy.”

It’s an immersive journey through the Amazon guided by people who know this rainforest the best — those indigenous to the region.

“We did this film as a way to draw attention to climate change but also to make people understand that people live here and that they are the best guardians going forward,” Dr. M. Sanjayan, Conservation International executive vice president and senior scientist, told Global Citizen.

“This is a film that gives people a real experience about a forest and local community’s relationship to climate change,” he said. “It’s global and local at the same time.”

Read More: Rainforests Could Be Wiped Out in 100 Years — Here's How to Prevent That

The film follows Kamanja Panashekung, whose family has survived in the forest for generations, cultivating the land and water in sustainable ways.

The first scene shows the vast canopy of the forest from an aerial view, then you slowly descend a 200-foot-tall Ceiba tree. From there, you navigate the land, meet up with Panashekung’s community, and float along rivers and streams, all as the forest bursts with life around you.

Since it’s a 360-degree film, you’re able to tilt the vantage point to whatever angle you want, peering up at the sky, concentrating on the ground, or quickly surveying the horizon. 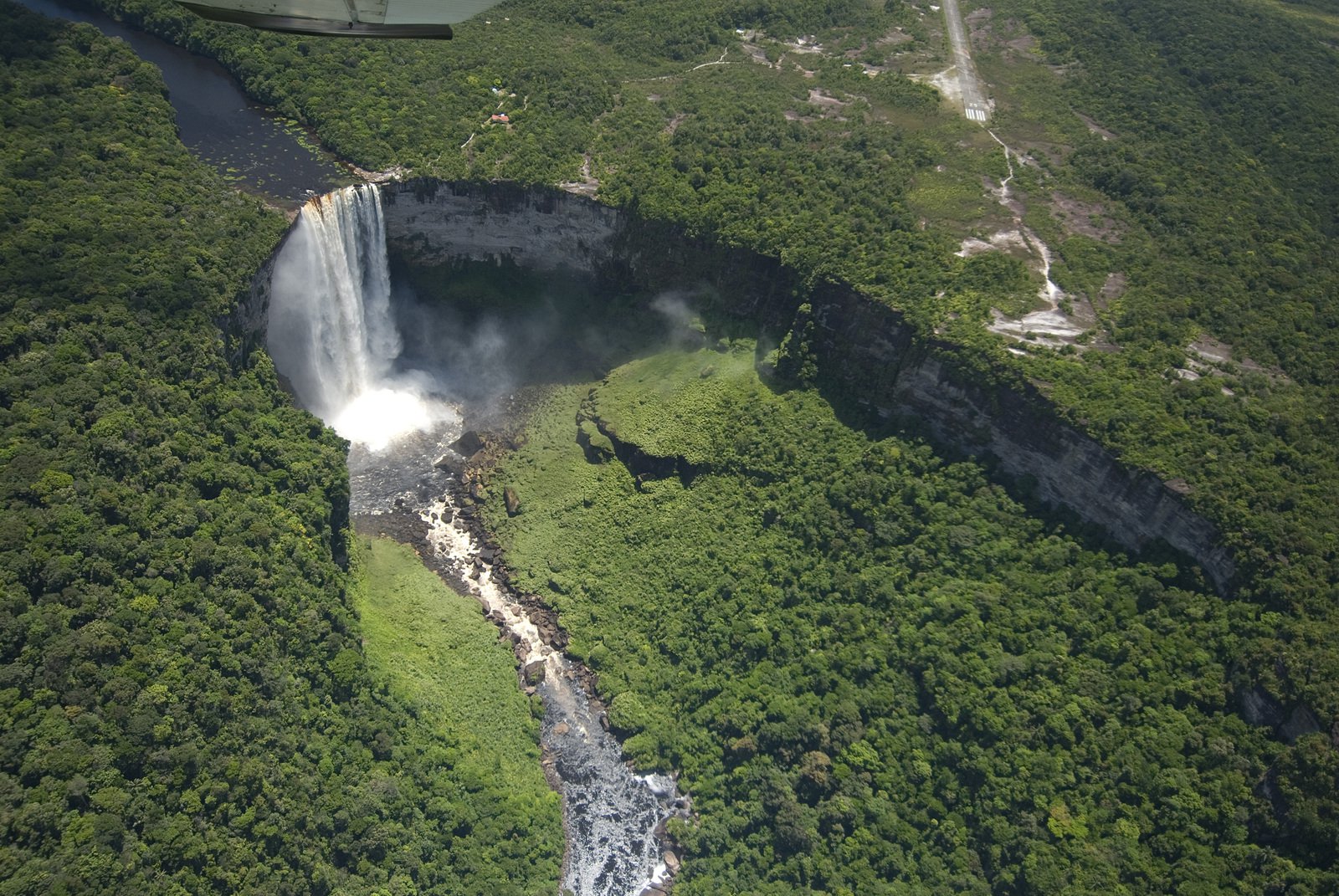 Ultimately, however, the film also shows the consequences of deforestation, a practice that, after years of decline, is now on the rise again.

Deforestation can destroy animal and human habitats, disrupt the delicate balance of ecosystems, and reduce the Amazon’s overall resilience as trees give way to corrosive forms of agriculture and development. It also compromises a vital carbon sink for the world. According to CI, the Amazon loses an area of forest more than 1.5 times the size of Yellowstone National Park each year.

During the past 40 years, 20% of the Amazon has been destroyed through logging.

Read More: Victoria's Secret Just Made a Big Move to Help the Environment

The film was shot in Suriname and in Ecuador’s Yasuní National Park using drones and cable-mounted cameras to “move through the canopy and across the forest floor and capture the feel of being in the Amazon.”

“The Amazon, the lungs of the planet, it’s really the number one generator of oxygen on the planet,” Sanjayan said.

“And it is incredibly important for both allowing the planet to breathe, and regulating against future climate change,” he said. “At least 30% of the carbon capture that we need to do to meet the Paris Agreement, to keep the climate manageable, comes from nature and there’s no bigger chunk of nature than the Amazon.”

“When you see a person guiding you, it makes it clear that the Amazon is occupied by people who have lived there for thousands of years,” he said. “And now it turns out they hold the key for our collective futures.”

You can find out more about the film here.