Blueprints underlying the rest of the goals.

That’s Goal 17. But that doesn’t mean it isn’t absolutely essential. Because it is.

Just like how the people listed in the credits get no love but allow a movie to exist, Goal 17 will get the least love but will allow the rest of the goals to thrive.

Global Goal 17 speaks to some of the logistical efforts that have to underlie the other goals. How are they going to get accomplished? Where’s the drive and funding going to come from?

It may sound boring, but Goal 17 offers key blueprints.

Trade, technology, finance, capacity-building and systemic issues are the sub-issues of goal 17.

Essentially, it’s the catch-all goal, the goal that attempts to fill in the blanks that may have arisen from earlier goals.

How plausible is this goal? What tactics will be used? And who are the leaders?

Well, the means are pretty much there. It’s just a matter of countries coming together and allocating resources effectively--no small feat, I know.

Countries that provide Official Development Assistance (ODA) are asked to stay true to commitments made in the 1970s to allocate 0.7% of Gross National Income to ODA.

Only a handful of countries have followed through on this. The Netherlands, Sweden, Norway, Denmark, Luxembourg, and the UK are ODA leaders.

Of this 0.7%, countries are expected to dedicate around 0.2% to the Least Developed Countries (LDCs) that need foundational investments.

How money is raised and how it is disbursed may sound boring but it is absolutely critical to achieving the Global Goals.

The next stage of Goal 17 involves equipping underdeveloped countries with the infrastructure needed to sustain a science- and technology-based economy.

Of course, rudimentary infrastructure for water, electricity and sanitation needs to be built before WiFi can be revolutionary.

Again, this is totally achievable if the resources are mustered. Google, for instance, is working to get robust internet access to the developing world, an example of the public-private partnerships that Goal 17 encourages.

Cash-strapped governments have been turning to these partnerships with increasing regularity. 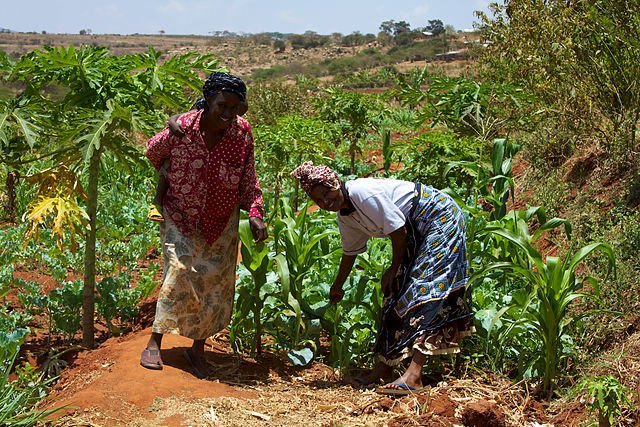 Opponents of this aspect say free trade is a path toward global monopolies and greater inequality, while proponents argue it will enhance labor security and environmental accountability.

Some major trade frameworks have recently been enacted or are currently underway. For instance, the Trans-Pacific Partnership led by the US seems likely to be ratified.

However, this Goal also seeks to empower each country to set and realize their own domestic policies without other countries calling all the shots.

After all, the Red Cross fiasco in Haiti cannot be repeated. And don’t even get me started on Zimbabwe, a country so riddled with corruption that outside interventions have been essentially useless.

What progress has been made?

A lot of progress has been made, actually.

The UN has helped many developing countries receive preferential conditions for exports, which boosts domestic industries.

It has helped develop both “hard” and “soft” infrastructure including telecommunications systems, ports, rail systems, and trade laws.

The UN has helped enact more than 560 multinational treaties on a range of issues including trade.

It also acts as a conduit for public-private partnerships.

As more of these relationships emerge, corruption will likely decrease around the world, an ancillary objective of Goal 17. After all, not many businesses want to operate in places where laws are constantly trampled.

More targeted financing mechanisms for private capital funds, diaspora collectives and other means have been put in place since 2000 to better aid the world’s poorest.

Global Goal 17 seems to take place in the stratosphere of society: the maneuverings of big political and corporate players.

But like all the other goals, grassroots pressure will be the decisive driving factor.

If global citizens around the world petition politicians, endorse ethical and globally-minded companies and promote more international dialogue, then Goal 17 can be achieved.

So call on politicians to disburse more funds to people living in extreme poverty and adopt trade policies that elevate the world’s poor.

And make the Global Goals famous.Go to TAKE ACTION NOW and email world leaders to make strong commitments to the goals.