By Leah Rodriguez  and  Gaëlle Langué

“They won’t show up to work if they don’t have access to healthy products.” 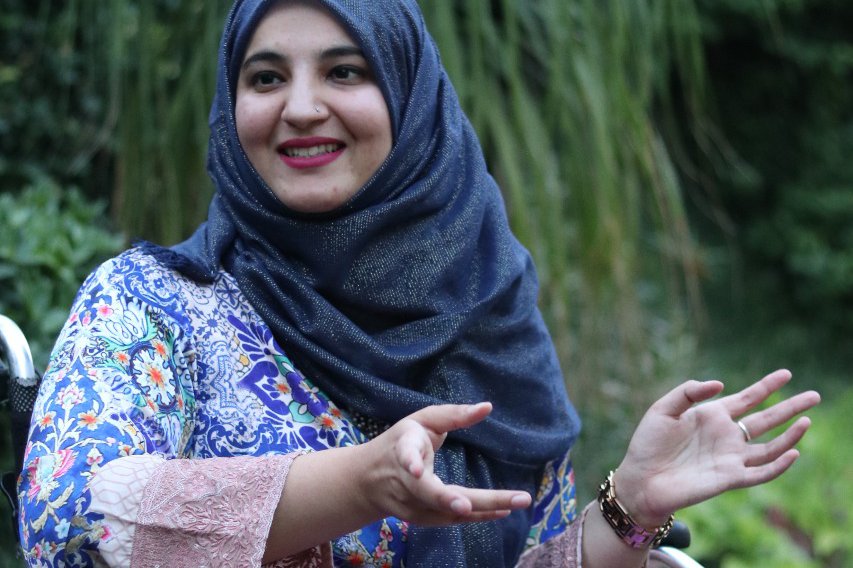 By Leah Rodriguez  and  Gaëlle Langué

Why Global Citizens Should Care
Stigma and shame stop people who menstruate and people with disabilities around the world from reaching their full potential. Resources like Girlythings promote pride and dignity. You can join us and take action on this issue here.

When 28-year-old disability activist Tanzila Khan was running errands one day and she got her period, she realized she wasn’t prepared.

None of the stores nearby were accessible to Khan, who uses a wheelchair. She made it home in time to access the products she needed, but she couldn’t shake her frustrations. That night, she thought up the idea to create a service to make it easier for people with disabilities to manage their periods in a pinch.

Launched in December 2018, Girlythings is a mobile app that people with disabilities can use in cities across Pakistan to order menstrual products right to their door. Users who are having a public emergency can use the app’s help button to request an “Urgent Kit” and disposable underwear, three pads, and a blood stain remover will be delivered to them as soon as possible. Khan said the service is the first of its kind in the country. Downloading Girlythings is free, but users must pay for the products.

The app currently has 1,300 users, which Khan credits to its latest campaign. In the spirit of Ramadan, the month-long Muslim holiday centered around giving that started Sunday, Girlythings is throwing in extra menstrual products with orders that people can donate to those who can’t afford them.

“In order to empower anyone, may he or she have a disability or not, it’s important to start from basic rights,” Khan told Global Citizen.

Khan said for people with disabilities who might have low self-esteem because their bodies can be complicated, feeling healthy sometimes takes more effort and not having the right tools to do so presents even bigger challenges. When people can’t manage their periods, regardless of their abilities, they can’t fully participate in society.

“Even if you give them [people with disabilities who menstruate] education or employment, they won’t show up to work if they don’t have access to healthy products,” Khan said.

In Pakistan, where millions of girls aren’t receiving an education, access to menstrual hygiene management is crucial to keeping them in school. But Khan has plans to introduce Girlythings’ services around the world.

Read More: Free Pads and Tampons Aren't the Only Answer to Period Poverty

“There’s a stigma around menstruation across the global, and at the end of the day it is a women's issue and many women’s issues are ignored,” Kha explained. “It’s not a South Asian problem, it’s a global problem.” 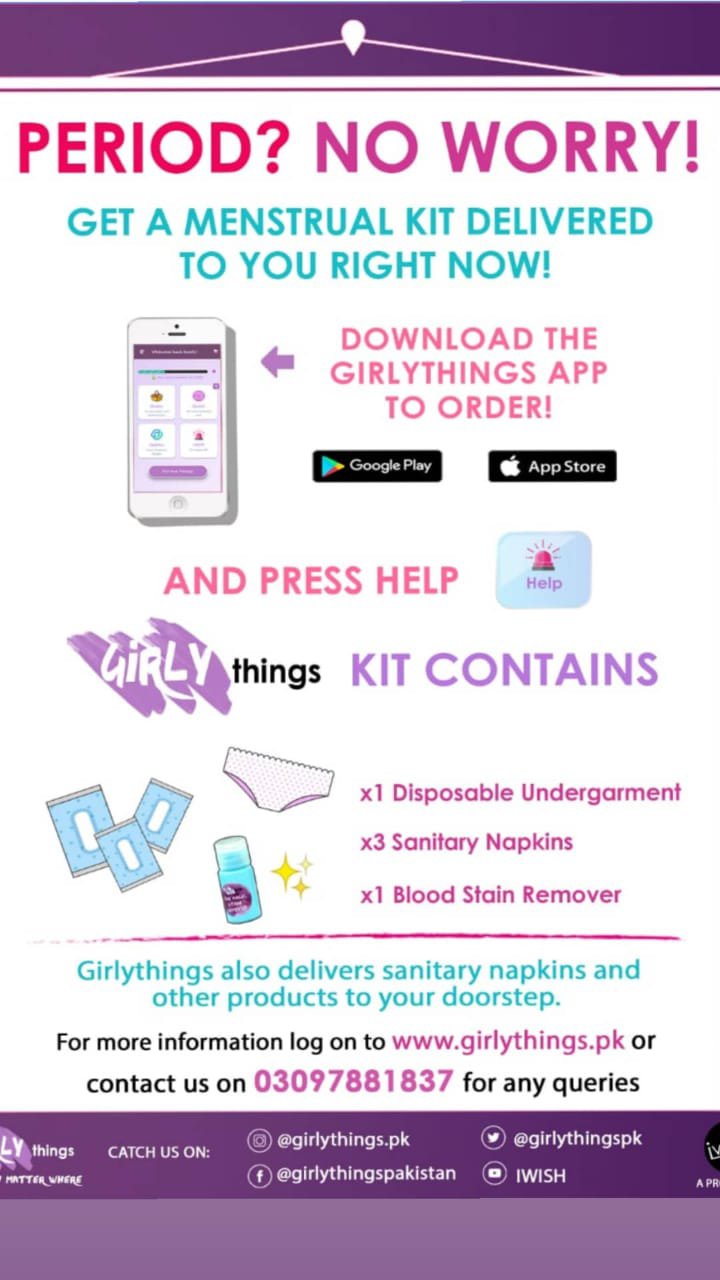 Khan hopes to expand Girlythings using a sustainable business model and by perfecting the product for its users. The app currently doesn’t rely on investors, who in Pakistan are difficult to convince to back women’s products, according to Khan. Companies outside Pakistan, however, are showing interest in investing in the product, she said. The startup is also planning to introduce contraceptives on the app soon, for those who feel uncomfortable picking them up in store.

With Girlythings, Khan hopes to motivate others to consider people with disabilities more and encourage them to be active members within their communities.

“Whether you’re a leader, a manufacturer, an entrepreneur, media, a public speaker — please look at people with disabilities not as a marginalized community but as a target audience, as a market, and manufacture products for us, take initiatives that include us,” Khan urged.