“Many species are slipping away before we can even describe them.”

The global giraffe population has declined by more than a third over the past 30 years, putting this lanky, curious animal’s future at risk.

If current trends continue, then giraffes will undergo a “silent extinction,” according to the International Union for the Conservation of Nature (IUCN), vanishing one day without the fanfare that attends the demise of other animals like elephants, lions, rhinos, and tigers.

“Many species are slipping away before we can even describe them,” said IUCN Director General Inger Andersen. “This IUCN Red List update shows that the scale of the global extinction crisis may be even greater than we thought. Governments gathered at the UN biodiversity summit in Cancun have the immense responsibility to step up their efforts to protect our planet’s biodiversity – not just for its own sake but for human imperatives such as food security and sustainable development.”

The relative invisibility of the giraffe’s bleak position is partly because it isn’t the target of a lurid international poaching network. Elephants get their tusks carved off, rhinos get their horns hacked away, and lions get their heads mounted on boards, but giraffes aren’t prized in this way and so a visceral campaign against such a horrid practice can’t be mobilized.  Instead, they’re mostly hunted for their meat. 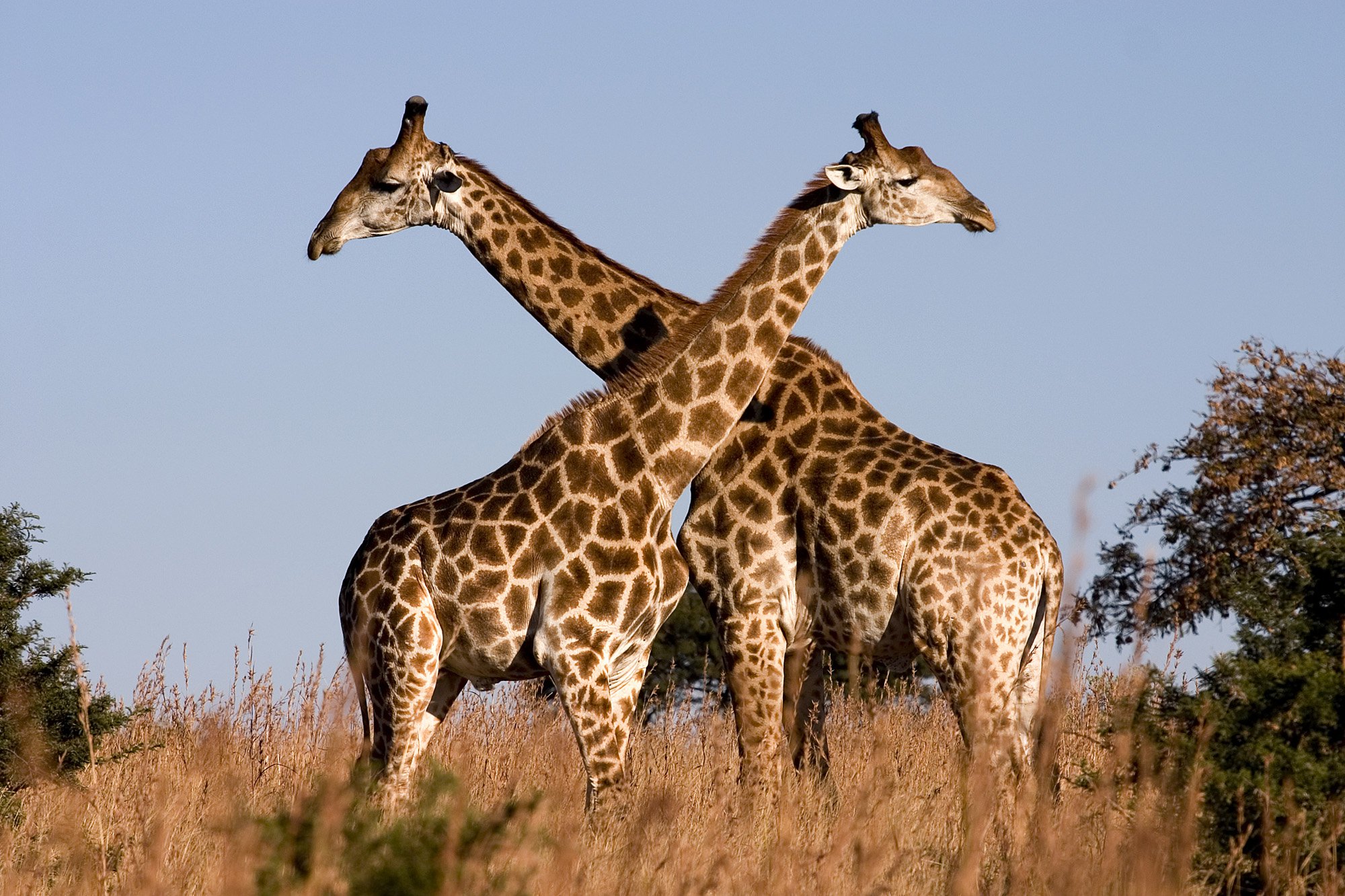 But the new designation as “vulnerable to extinction” will bring the giraffe much needed awareness and protection.

Currently, habitat loss, poaching, and civil unrest are the main drivers of their decline. Habitat loss is perhaps the most prominent factor. As humans develop more land, giraffes are pushed out of their habitats. This story is familiar to animals all throughout the world, especially the 24,000 species who are closing in on extinction.

Poaching mostly occurs in conflict zones, when militants kill giraffes to feed large groups of soldiers. They’re also killed for their skins. In areas of perpetual violence, giraffes are vulnerable to being wiped out altogether and have nearly vanished in some areas like northern Uganda, western Kenya, and northeastern Africa.

What Can Be Done?

The good news is that in some parts of Africa, giraffes are thriving. In South Africa, giraffe populations have actually risen over the past 30 years.

This success is because of strong conservation efforts, which are, in turn, supported by tourism. South Africa understands that to maintain its tourism sector, it has to protect wildlife. This leads to robust investments in parks, strong enforcement mechanisms, and ample space for animals like giraffes to roam. 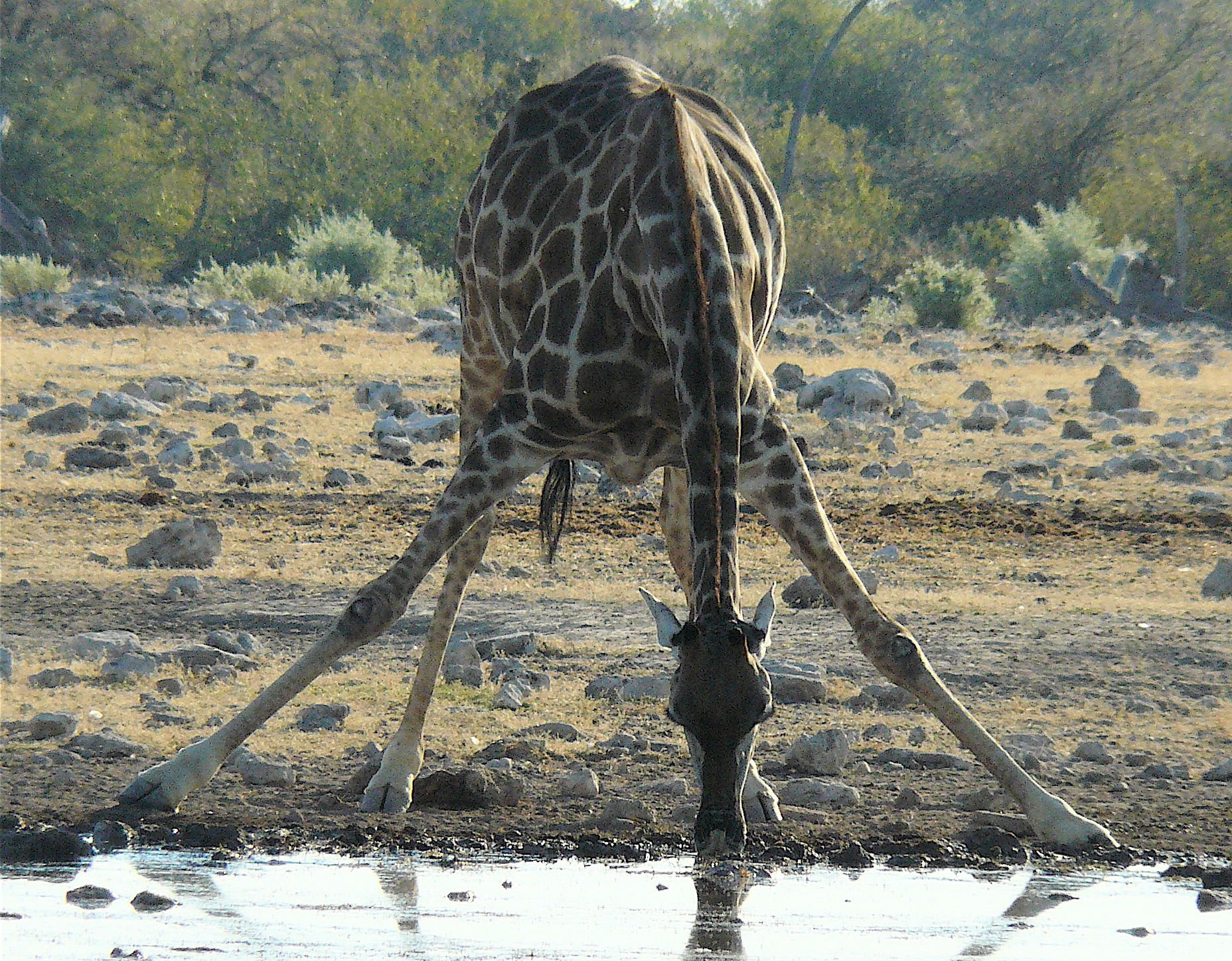 Because park rangers are well-trained and well-equipped in South Africa, they’re able to guard against the poaching and habitat loss that devastates giraffe populations elsewhere in Africa.

Conservation and wildlife protection are, in theory, simple strategies, but in practice they’re difficult to execute.

The menacing capabilities of militias can overwhelm conservation efforts in some areas. Chronic underinvestment can leave park rangers without the resources they need to do their jobs. In some countries, concern for the habitat loss of animals is dismissed as secondary to human demands. And corruption tends to gut efforts to protect wildlife — when government officials are paid off by criminal networks, poaching flourishes.

For conservation to succeed in the most vulnerable areas, there needs to be international coordination to build the infrastructure and fund the necessary personnel.

Fortunately, conservation is an attractive economic model that can ultimately become self-sustaining. When a landscape is dotted with friendly, spotted creatures that stroll with their gangly necks tilted toward the sun, money from tourism just starts pouring in.