“The US leaving was the ultimate stress test for the Paris climate agreement.” 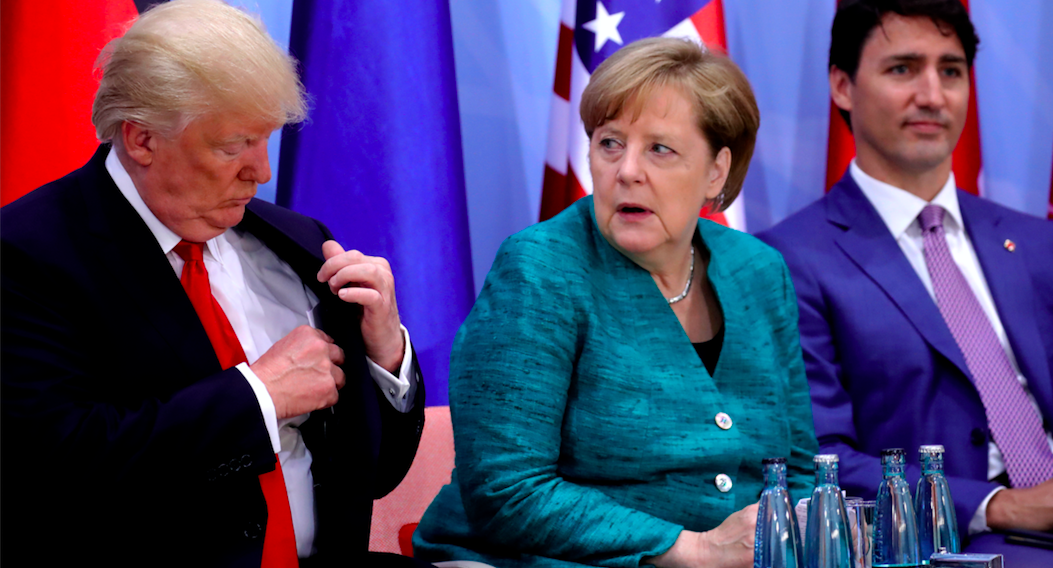 After US President Donald Trump withdrew from the Paris climate agreement, there were fears that the whole framework would unravel.

But those fears have been temporarily put to rest. All the other major members of the agreement view it as “irreversible.”

At least that’s the language found in a final statement from the G20, a gathering of 19 of the most powerful countries in the world and the European Union, which took place July 8-9 and featured discussions on trade, security, climate change, and other matters.

The G20 represents 80% of the global economy and 80% of global emissions. What it decides on an issue tends to matter.

In a communiqué on climate change, 19 members of the G20 reasserted their commitment to the Paris climate agreement, acknowledged the US’s immediate departure, and outlined the ways in which they will work to fulfill the goals of the arrangement.

“The communiqué is a very strong signal that [the Paris climate agreement] is solid, it’s going to persist, that its ‘irreversible,’” he added.

Read More: 5 Things the G20 Promised Last Time Around vs. What Actually Happened

“A strong economy and a healthy planet are mutually reinforcing,” the communiqué on climate change begins, in what seems to be a rejection of Trump’s stated reasons for leaving the pledge, which he said “would undermine our economy.”

It even managed to extract some concessions from the US.

“The United States of America states it will endeavour to work closely with other countries to help them access and use fossil fuels more cleanly and efficiently and help deploy renewable and other clean energy sources, given the importance of energy access and security in their nationally determined contributions,” the statement reads.

Read More: Who Needs Trump? These US Leaders Are Going Right to the UN to Work on Climate Goals

The renewed pledge illustrates how the world is rallying together to show that climate change can still be combatted even if a critical player fails to act.

It was primarily symbolic, a way to further stigmatize the US for leaving an agreement which took decades to craft and which every country except Syria and Nicaragua had joined.

But the statement was connected to the most comprehensive climate action plan ever presented at the gathering, according to Light. The G20 Action Plan on Climate and Energy Growth covers topics ranging from energy efficiency, improving financing strategies for clean energy, bringing modern energy services to places lacking electricity, phasing out fossil fuels, sharing research and development, and other issues.

“Five years ago it’s difficult to see a G7 or G20 get hung up over one member remaining an outlier,” Light said. “This elevates climate change to other levels of international diplomacy.

Getting every member to publicly confront the US was challenging. Some countries didn’t want to embarrass or anger the US, Saudi Arabia was worried about language involving fossil fuels, and Turkey was worried about the increased responsibilities for the rest of the world now that the US has abandoned the pledge.

But those issues were evidently not enough to dissuade the member states from signing the statement.

“I think it’s very clear that we could not reach consensus, but the differences were not papered over, they were clearly stated,” German Chancellor Angela Merkel told reporters at the end of the two-day meeting. “It’s absolutely clear it is not a common position.”

To 19 of the 20 members, protecting the planet is an irreversible priority.