Sam Lane Photography
Why Global Citizens Should Care
2018 is a year for celebration — the 100th anniversary of the first women getting the vote in the UK. It's a year for looking back, looking forward, and looking around us to honour the ordinary women doing extraordinary things every day. You can join us by taking action here to support and empower women, and celebrate gender equality.

One hundred pairs of eyes follow you as you walk through the rooms of the downstairs exhibition space at London’s Royal College of Art.

It’s an intimidating experience. All the more so because these are the eyes of leaders, the eyes of the very best in their field, and they all have one very important uniting factor: they’re all women.

On the 100th anniversary of the first women in Britain getting the vote, a photography exhibition has opened that celebrates the UK’s “first women.” Each portrait in the collection is of a woman who was the first to achieve something awe-inspiring within her chosen sector.

Take action: Sign This Petition to #LevelTheLaw and Empower Girls and Women Around the World

Among them are scientists, engineers, sportswomen, adventurers, magicians, musicians, chefs, and authors, to name a few.

And Anita Corbin, the artist behind the exhibition, has spent the past 10 years tracking them down.

“It’s a tribute to all women who’ve gone before,” she told Global Citizen, as we sat surrounded, watched, by this most inspiring group of women. 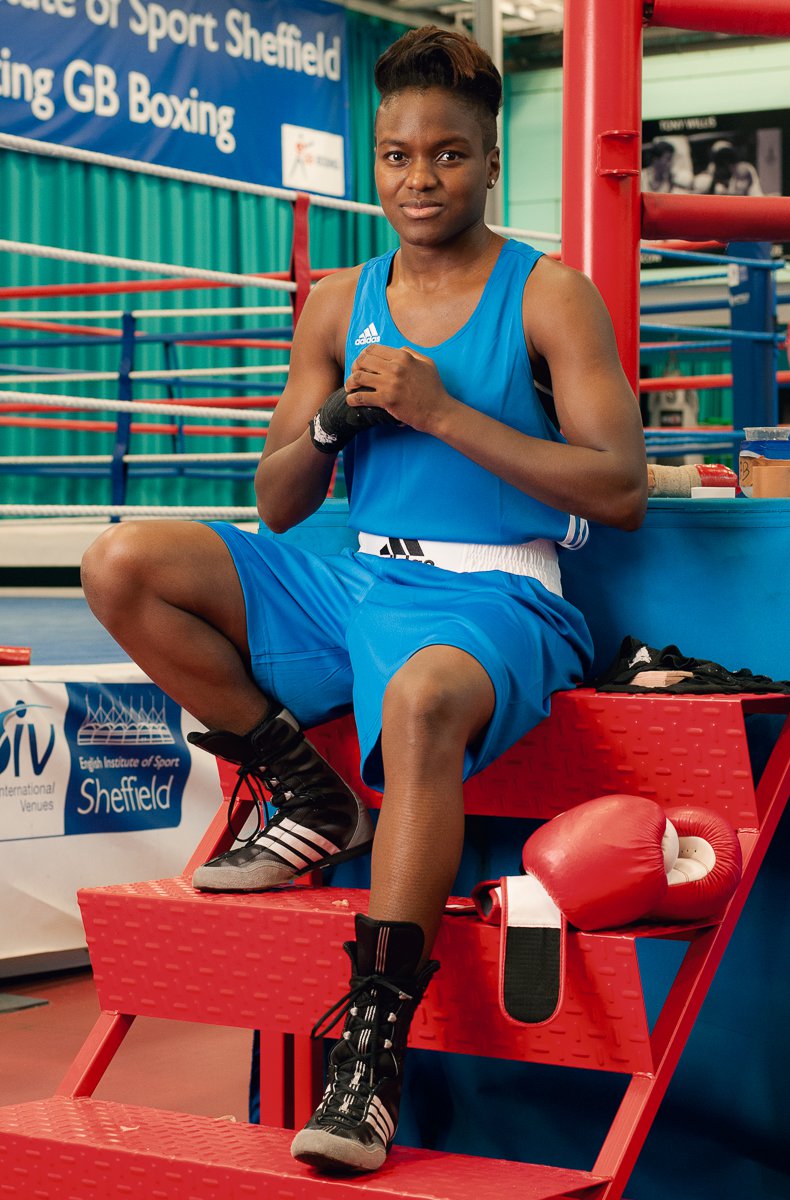 “Women who’ve fought for equal pay, or had to put up with a load of shit from men, it’s for them, too,” she says. “It’s actually a celebration of how far we’ve come, and that’s the underlying message: let’s celebrate it. Yes, there’s always loads more to do, there’s always things that aren’t right, there’s always a long way to go. But we need to take time to celebrate what we’ve done, too.”

“Because otherwise it just appears to be a hard slog, and there’s no fun in that,” she adds. “I think, considering we have only had the vote for 100 years, it is pretty impressive how far we’ve already got, and how we’ve come.”

Looking around the room, Corbin’s right. When you think about the fact women really have only had the vote for a hundred years, the progress and success that we’ve had in every area of life is extraordinary. 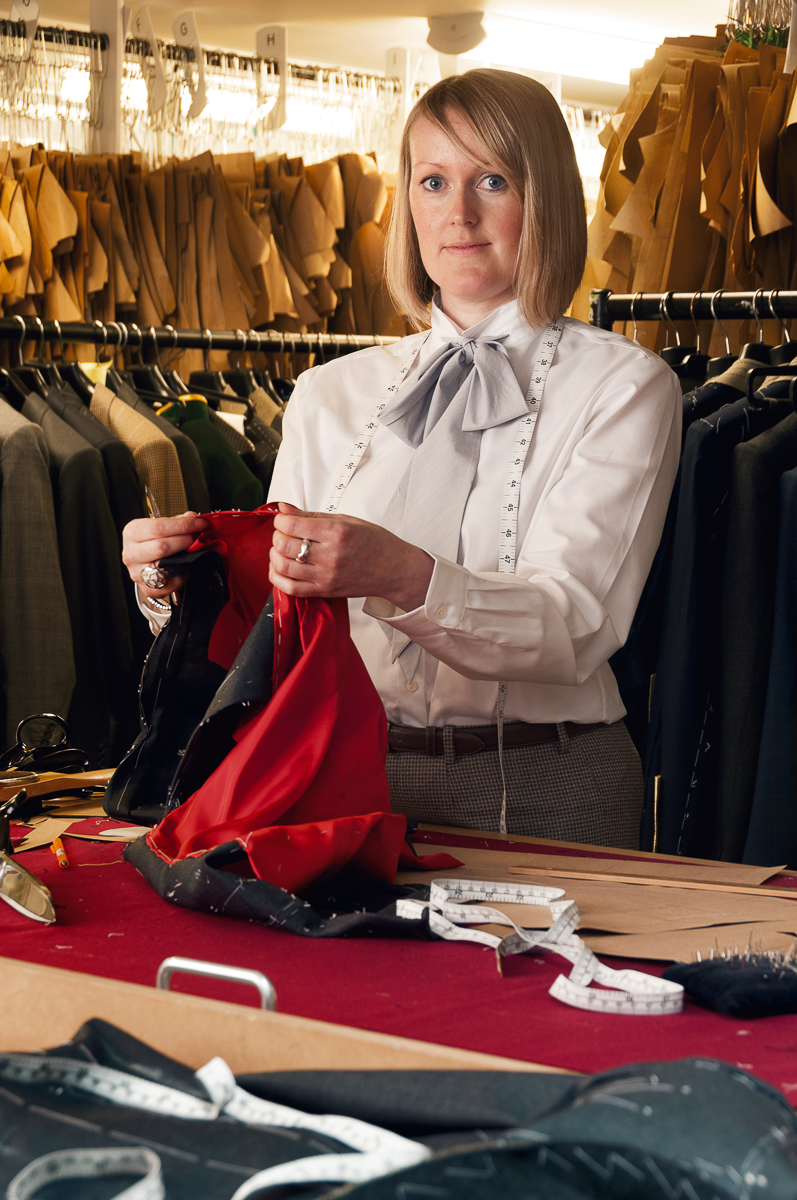 First Women
Kathryn Sargent, the first woman to be made a Head Cutter on Savile Row.
Anita Corbin 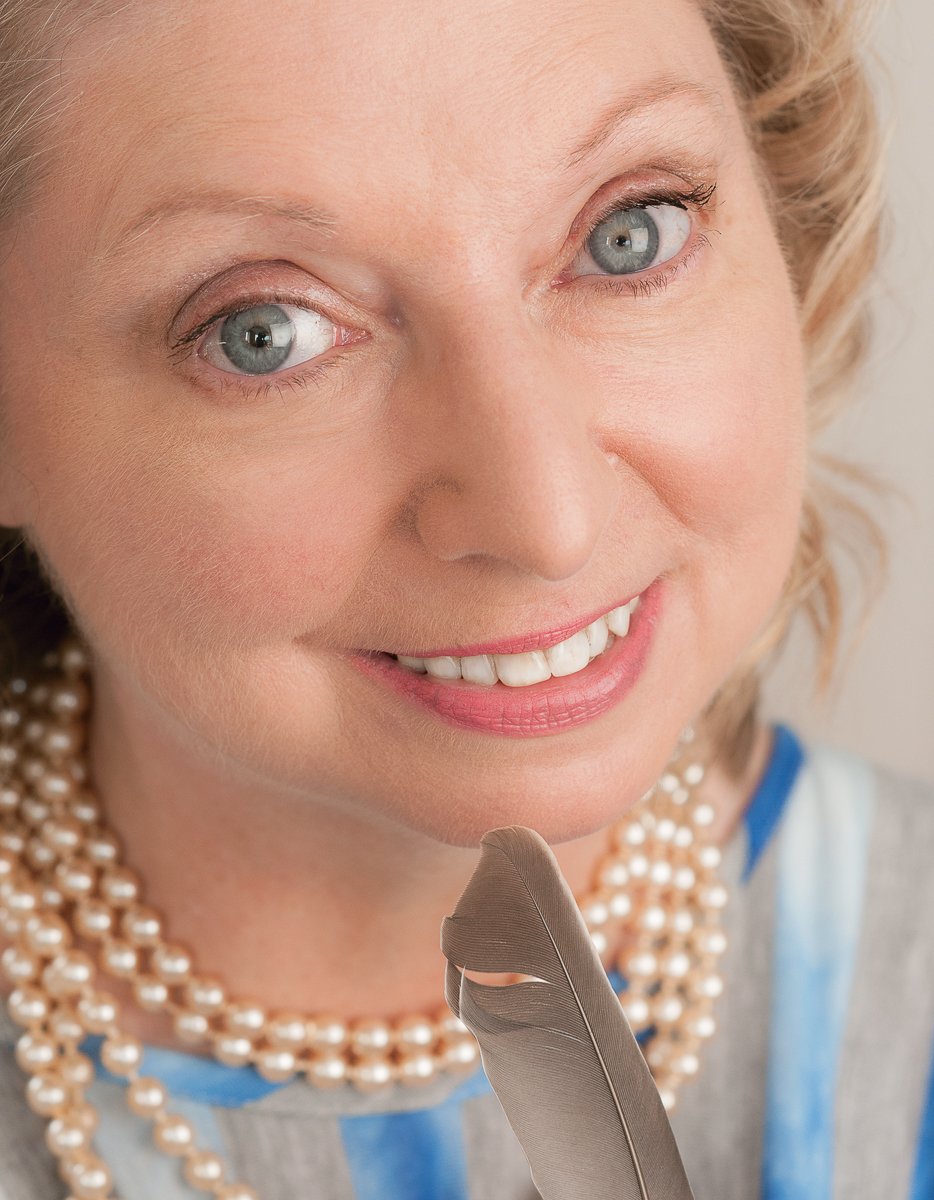 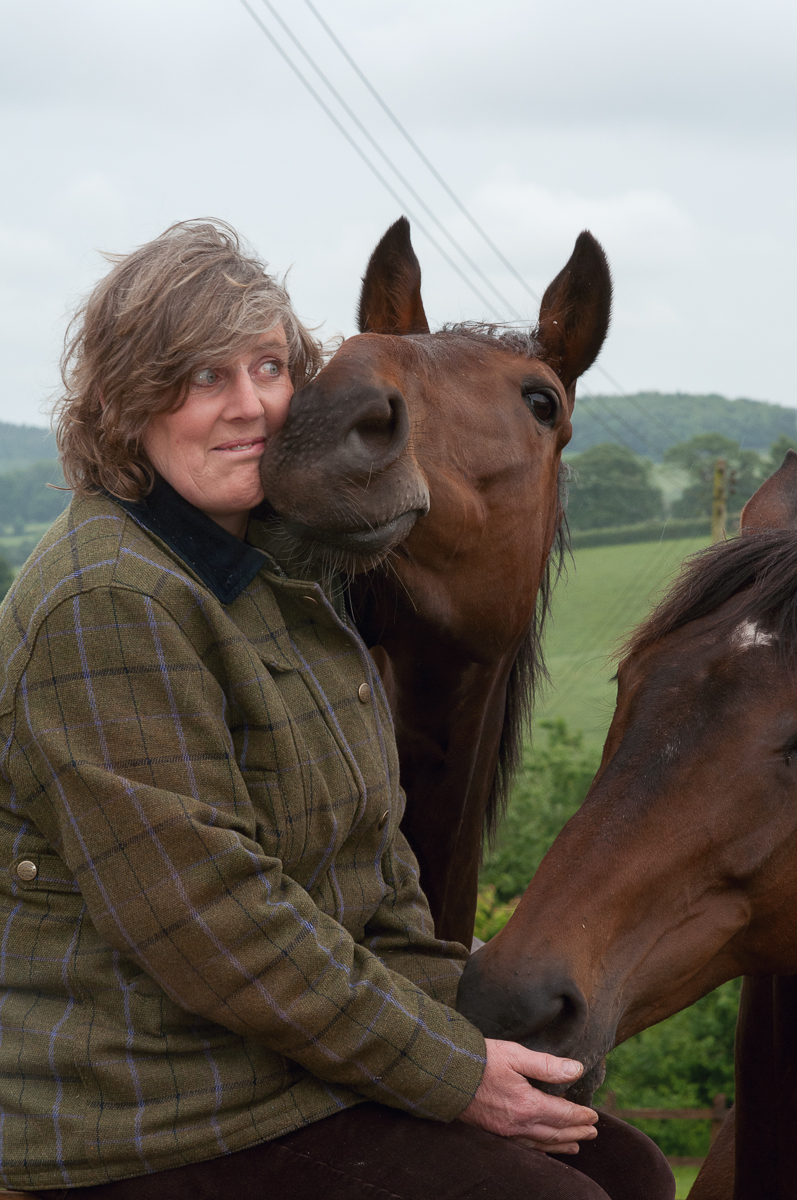 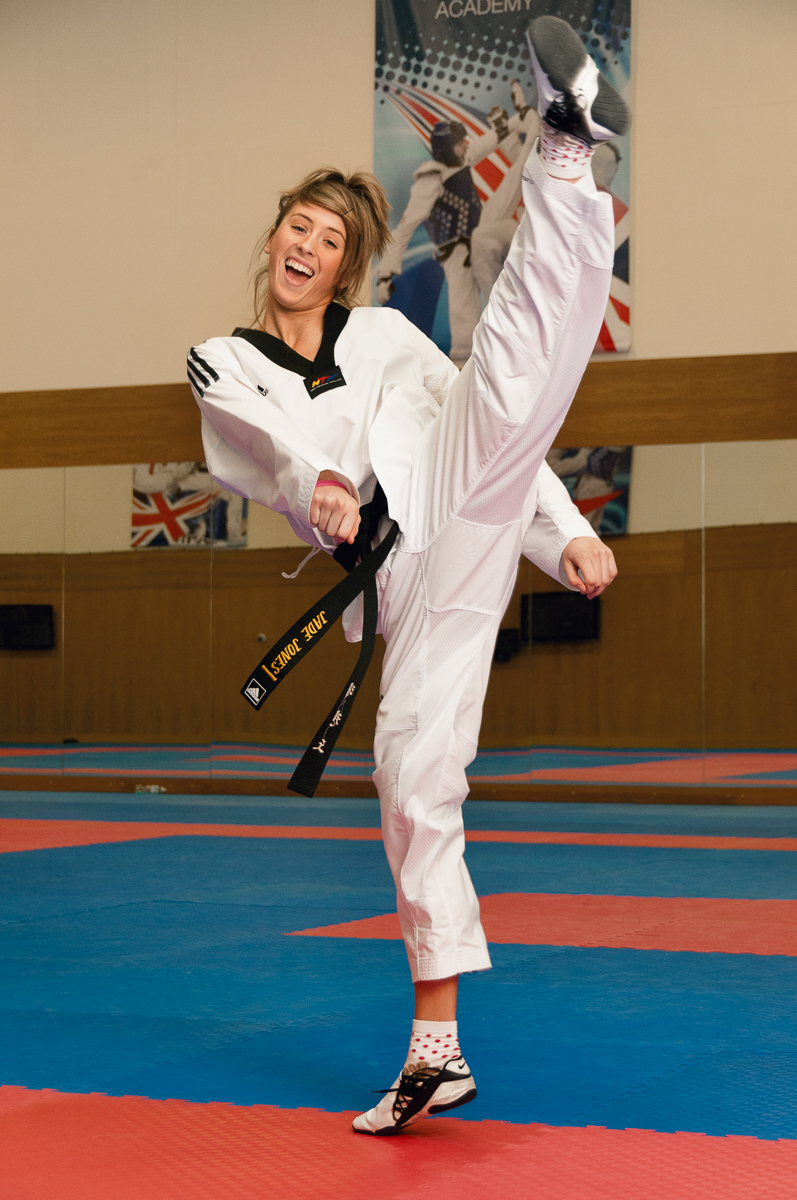 To namedrop every one of the 100 women here would be an hefty undertaking, but a cross-section will give you an idea. Among the women are:

— Helen Skelton, the first British woman to kayak the length of the Amazon.

— Kathryn Sargent, the first woman to be made a Head Cutter on Savile Row.

— Brigadier Sharon Nesmith, the first woman to be a commander of a brigade of 5,000 frontline troops.

— Moira Cameron, the first woman to be a Yeoman Warder at the Tower of London.

— Katy Cropper, the first woman to win the BBC’s “One Man and His Dog” sheepdog trials.

— Elspeth Beard, the first British woman to ride a motorcycle around the world.

— Suzi Quatro, the first woman to front and play bass guitar in a rock and roll band.

— Baroness Scotland, the first woman to hold the post of Secretary-General of the Commonwealth.

In the 10 years that Corbin has been working on the project, feminism and the fight for gender equality has really become headline news. 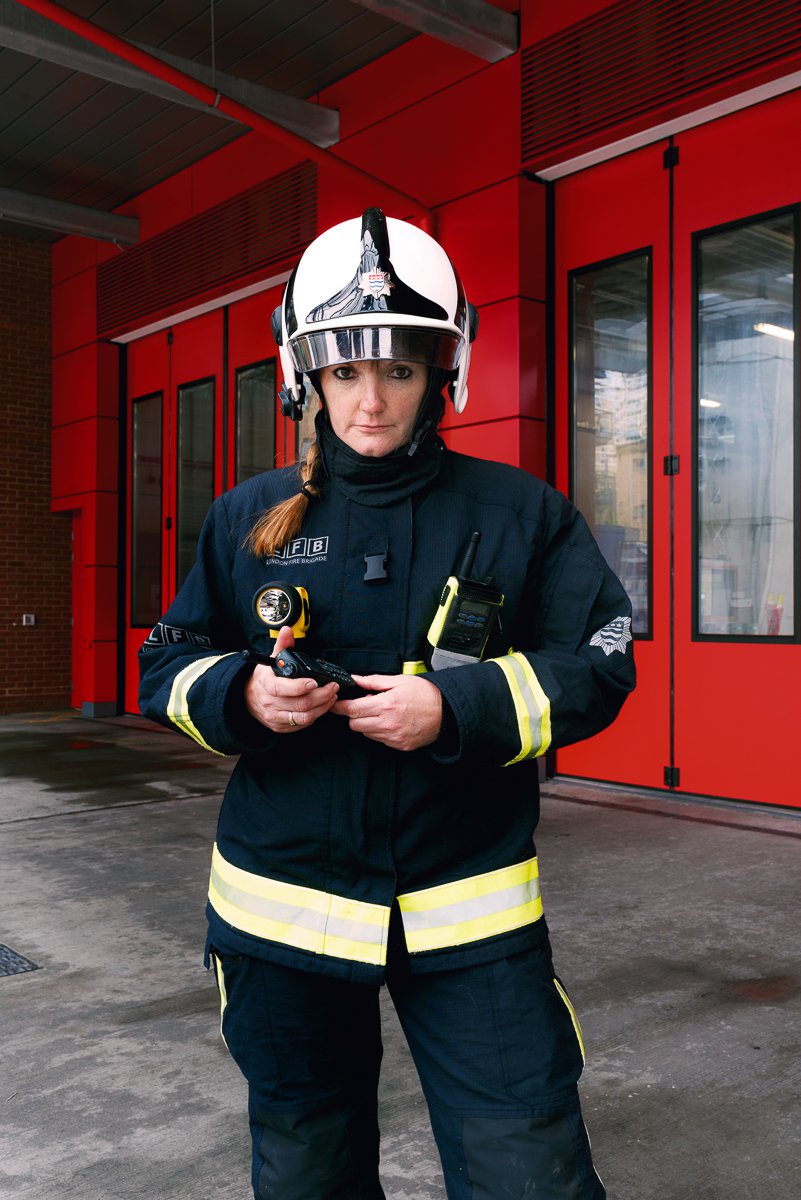 But what inspired her to get started on it, an entire decade before the feminist milestone of 100 years since the 1918 Representation of the People Act was passed?

“As I approached my 50th birthday 10 years ago, my children were … starting to go off and have their own lives and get involved with other people,” she says. “There were boyfriends and girlfriends coming onto the scene, and so I felt my motherhood was starting to be less in demand and I had time to think for myself about my career, and what my life represented.”

“I had beautiful children, I’d enjoyed every minute of being a mum,” she continues, “but I also felt that I wanted to get back into my creative energy space. So I had this compulsion, which was almost an overnight feeling, of how are we going to remember all these first women?”

“Because it was a time when all these first women were being announced on the radio and in the news, and it would be like ‘the first woman to be the leader of the philharmonic orchestra. Hoorah.’ And then you wouldn’t hear any more about it,” she says. “It would be, we’ve done that now, we can put that in a box, that’s the feeling you got.”

“So I had this compulsion to collect 100 portraits of first women, to celebrate 100 years of some women getting the vote,” she says.

First, as many of us would also have assumed, Corbin thought someone must have already had the same idea of documenting these impressive women. But they hadn’t.

And when Corbin realised that she thought, “Well, it’s me. I have to do it. It’s my duty to create this archive of women to represent how far we’ve come.” 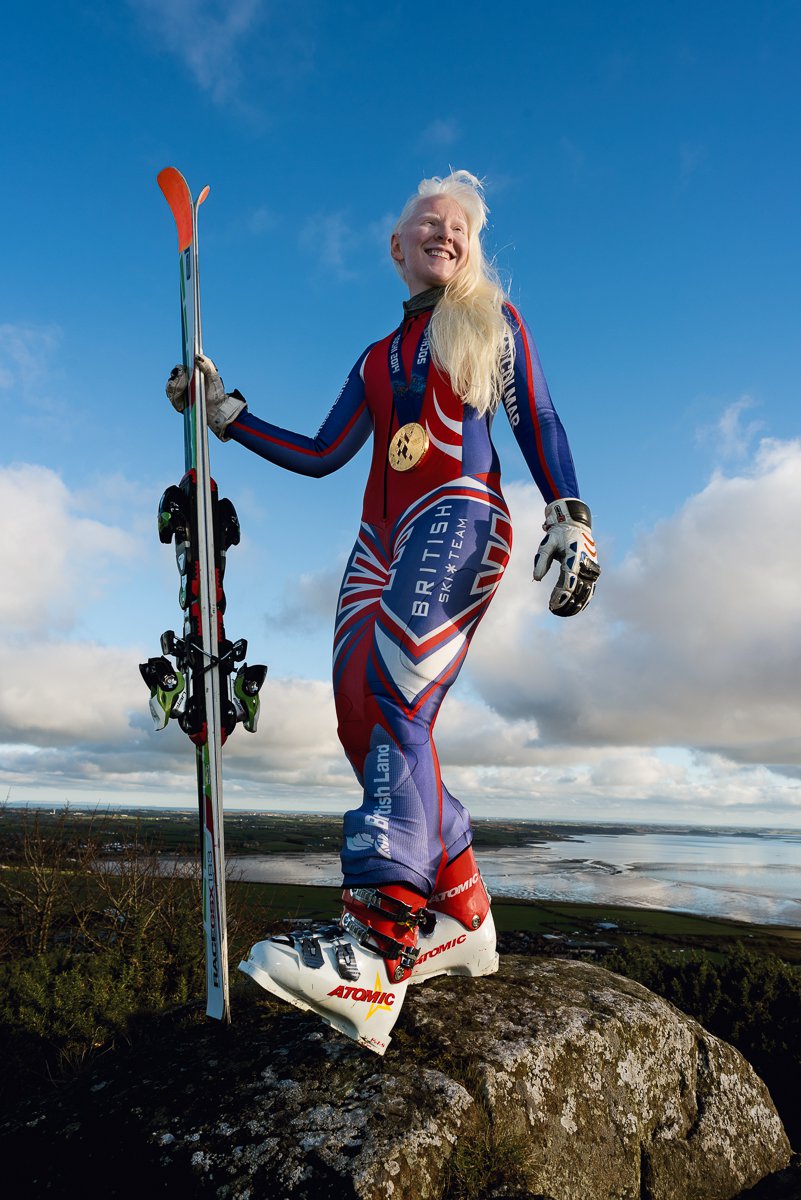 Even with 10 years to complete the project, however, gathering together 100 of the most powerful, motivated, and busy women in the UK is no mean feat. And with months to go, someone suggested to Corbin that she wait and exhibit in 2019 instead.

But while it’s about looking back, the exhibition is also to encourage people to look forward, to think about what we need to do next.

For Corbin, an experience with one man on the very first day after opening was the perfect example of why work like this is still so important.

“We’d had this amazing opening night with this fantastic atmosphere with the love and laughter of all these first women [65 of them came to the opening], enjoying all this empowerment,” says Corbin. 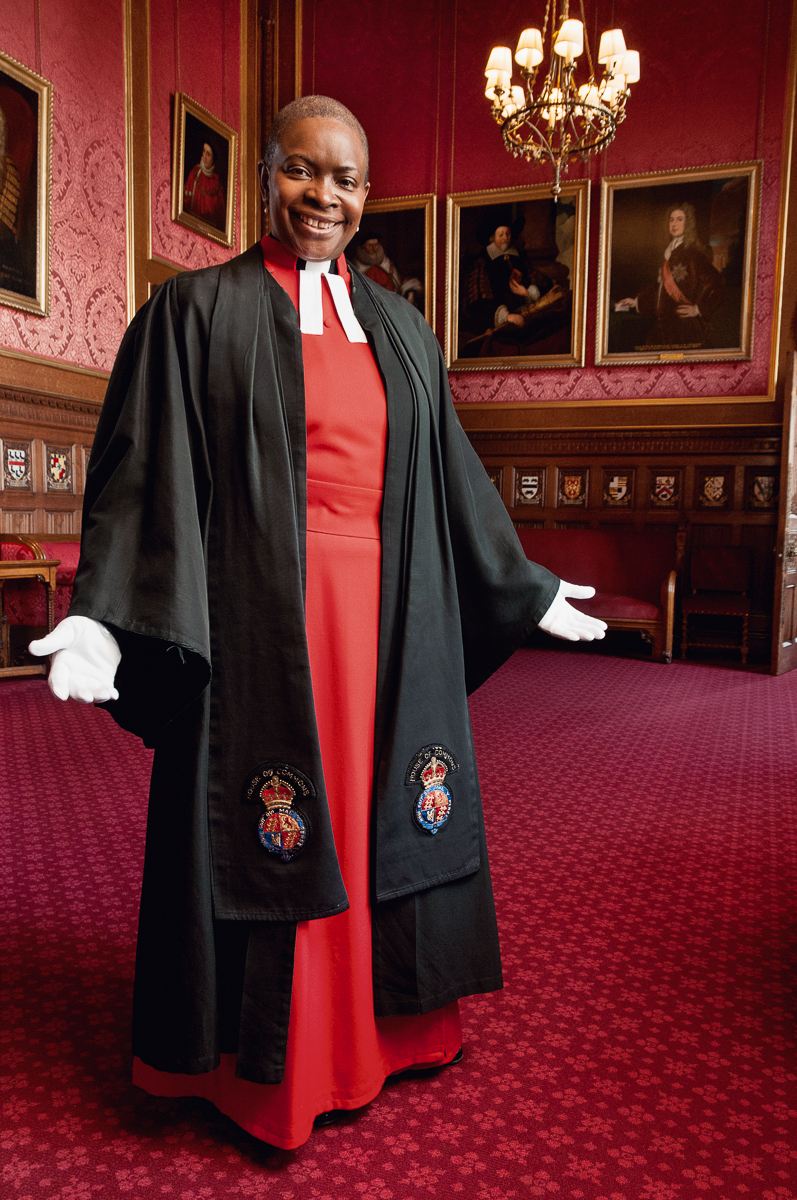 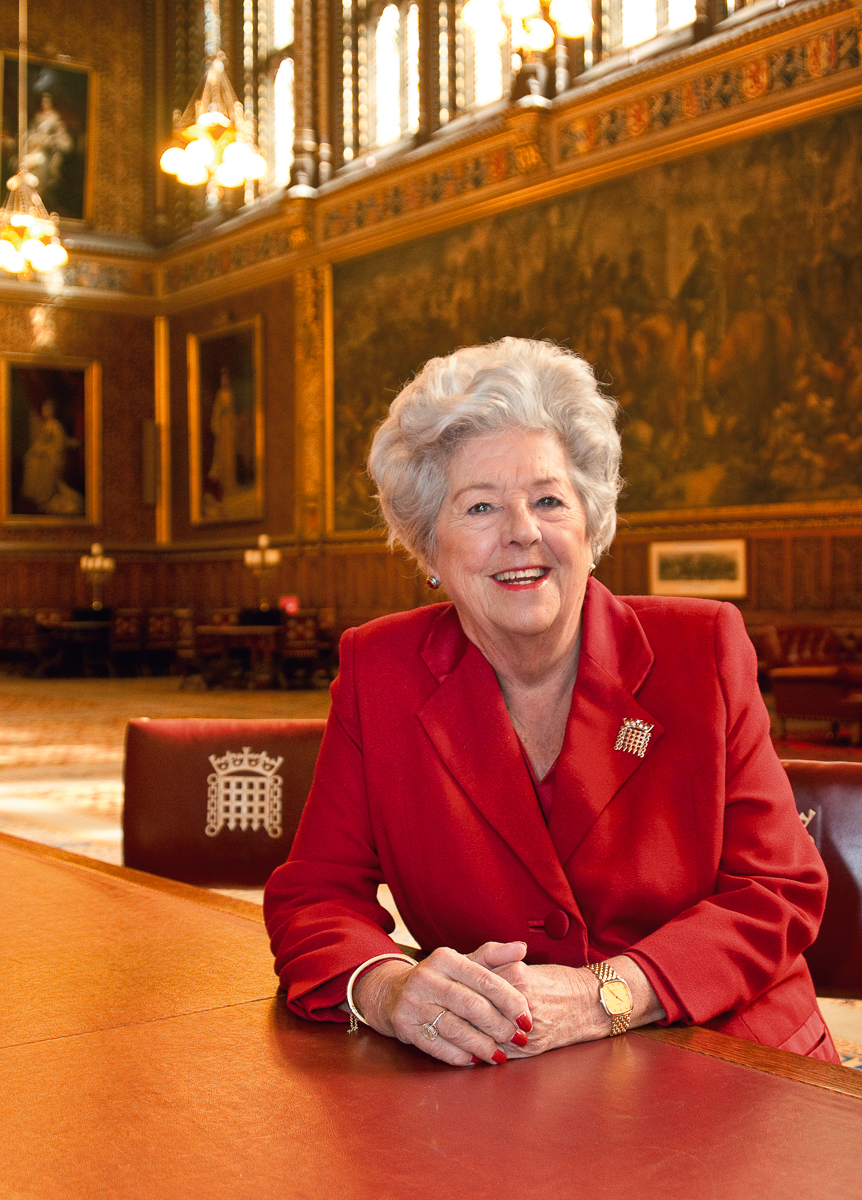 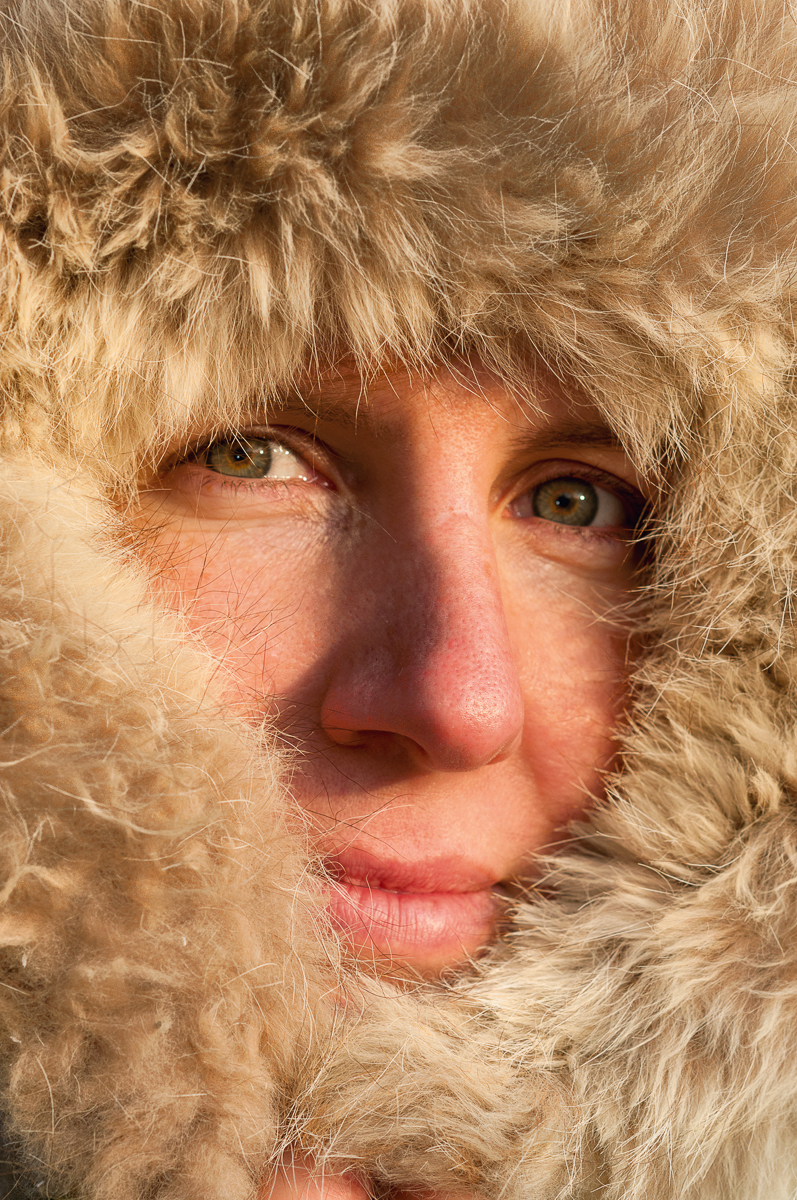 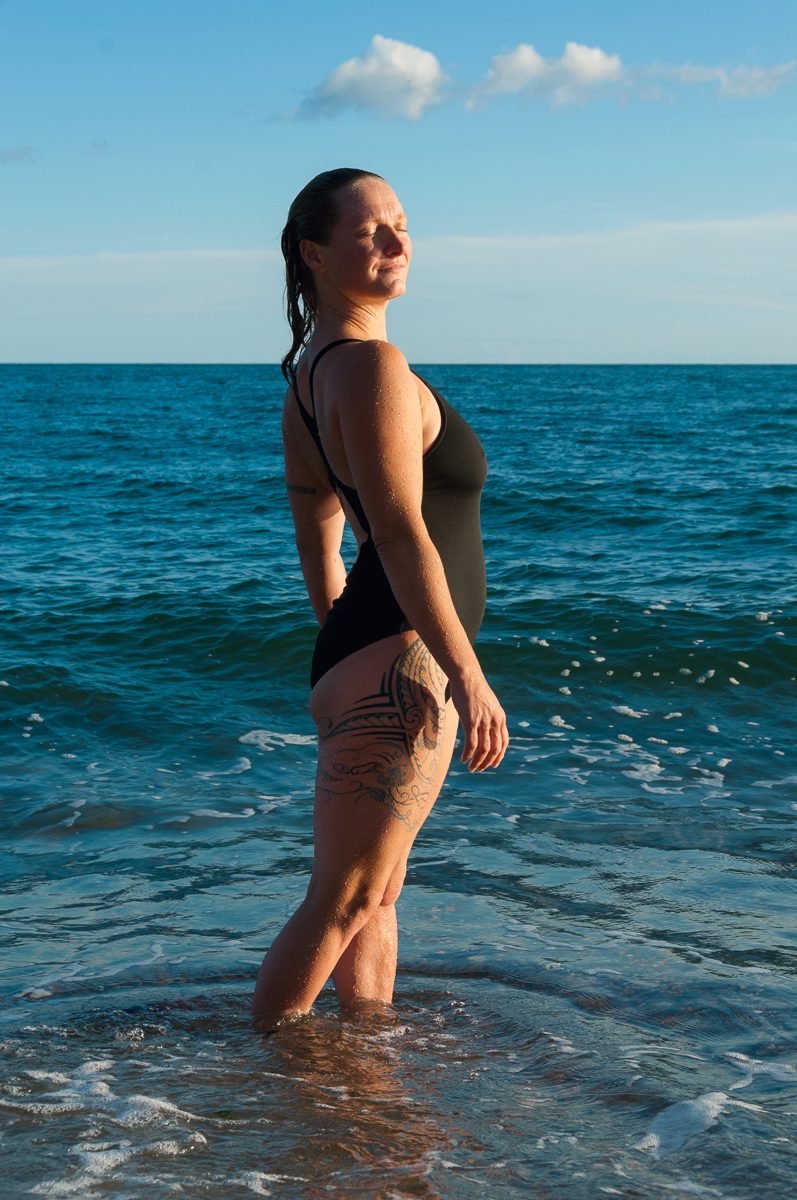 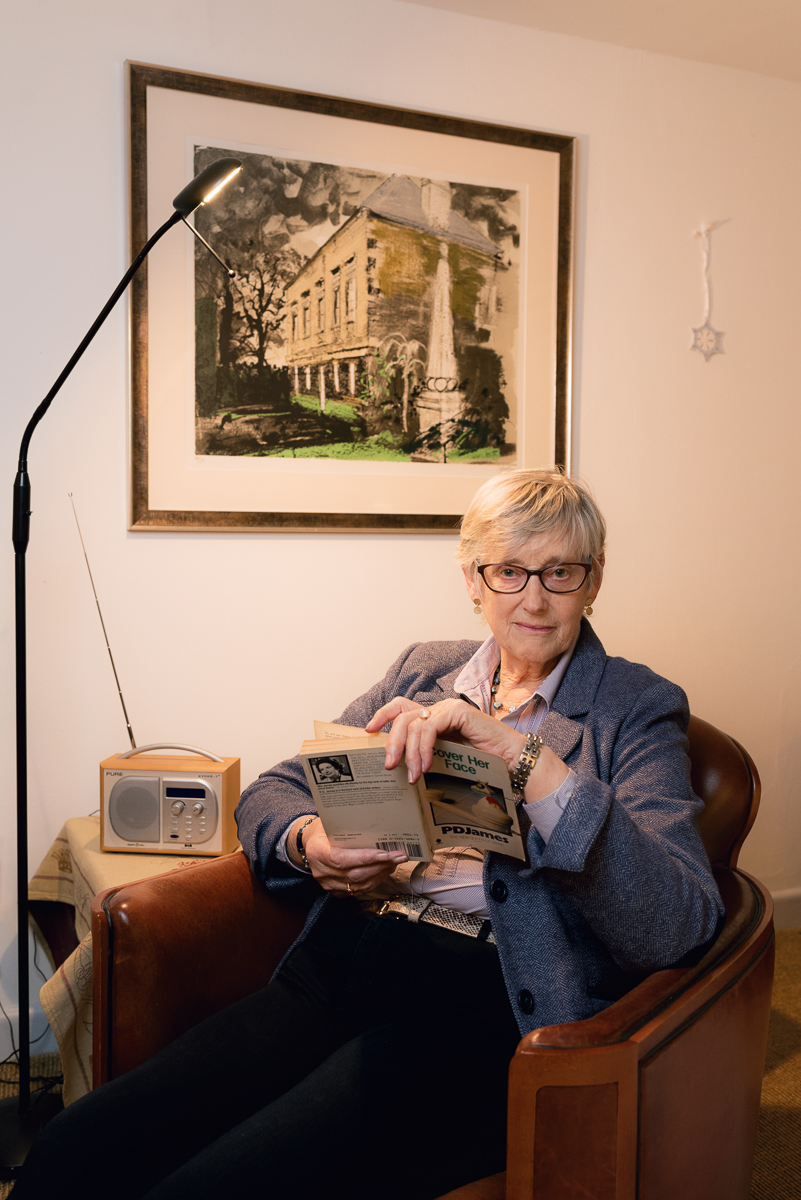 “And then we had this complete idiot come in, saying, ‘Oh these aren’t portraits, they’re snapshots,’” she continues. “And can you imagine, a woman doing that to a man. In a man’s gallery. I said to him, ‘Do you know why I’ve taken these pictures? Because of men like you.’”

It’s a perfect demonstration of the message that Corbin’s trying to convey: that we need to create a new reality, full of women being who they are as women, and men who are allowed to be at home, with the kids, showing their emotions and aligning with women, without stigma.

“And women are super determined, and resilient, and tough, and physically strong,” she says. “For a long time, we haven’t been fed that message at all.” 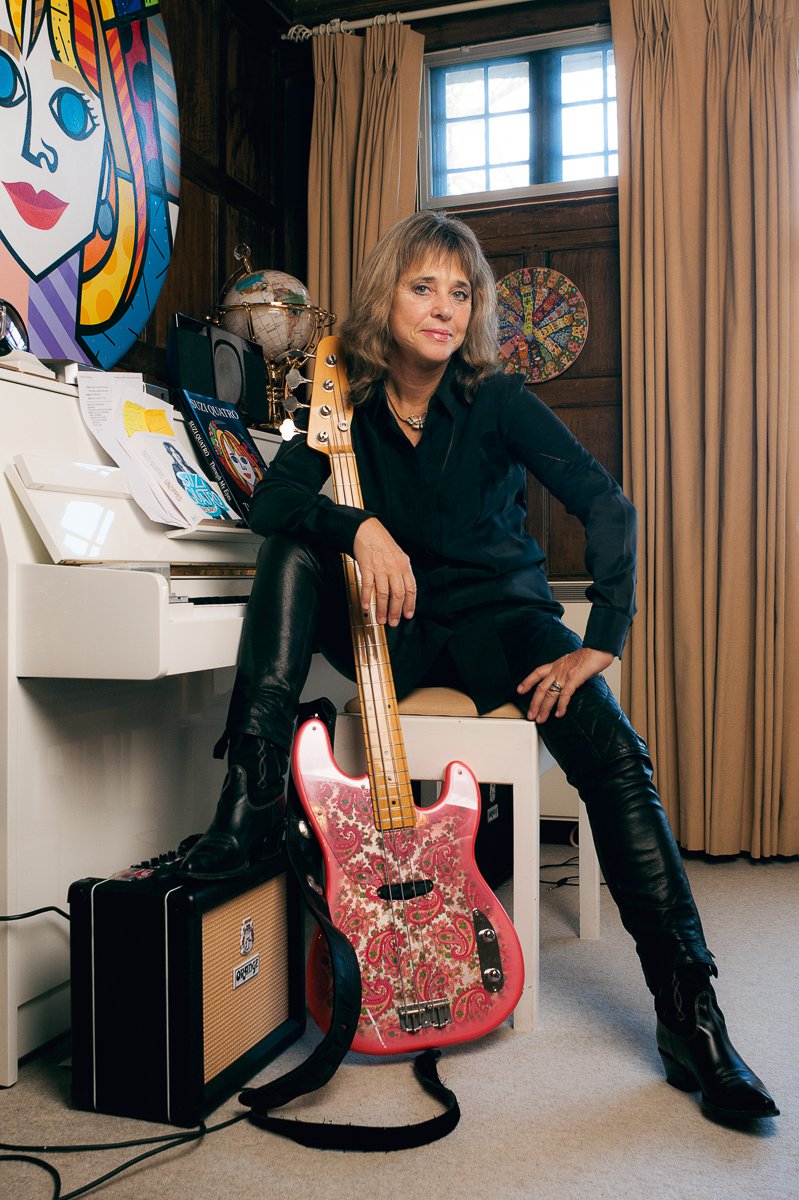 Suzi Quatro, the first woman to front and play bass guitar in a rock and roll band.
Image: Anita Corbin

But when you walk through the exhibition room of the Royal College of Art, meeting the eyes of all those strong, focused, successful women from all areas of life, you realise that work like Corbin’s is — slowly but surely — feeding women and girls, and men and boys, a different message.

“We need to make the point, and make people think about what they’re looking at,” she continues. “That’s the message. We can be anywhere, and we can do anything. And don’t stop us.” 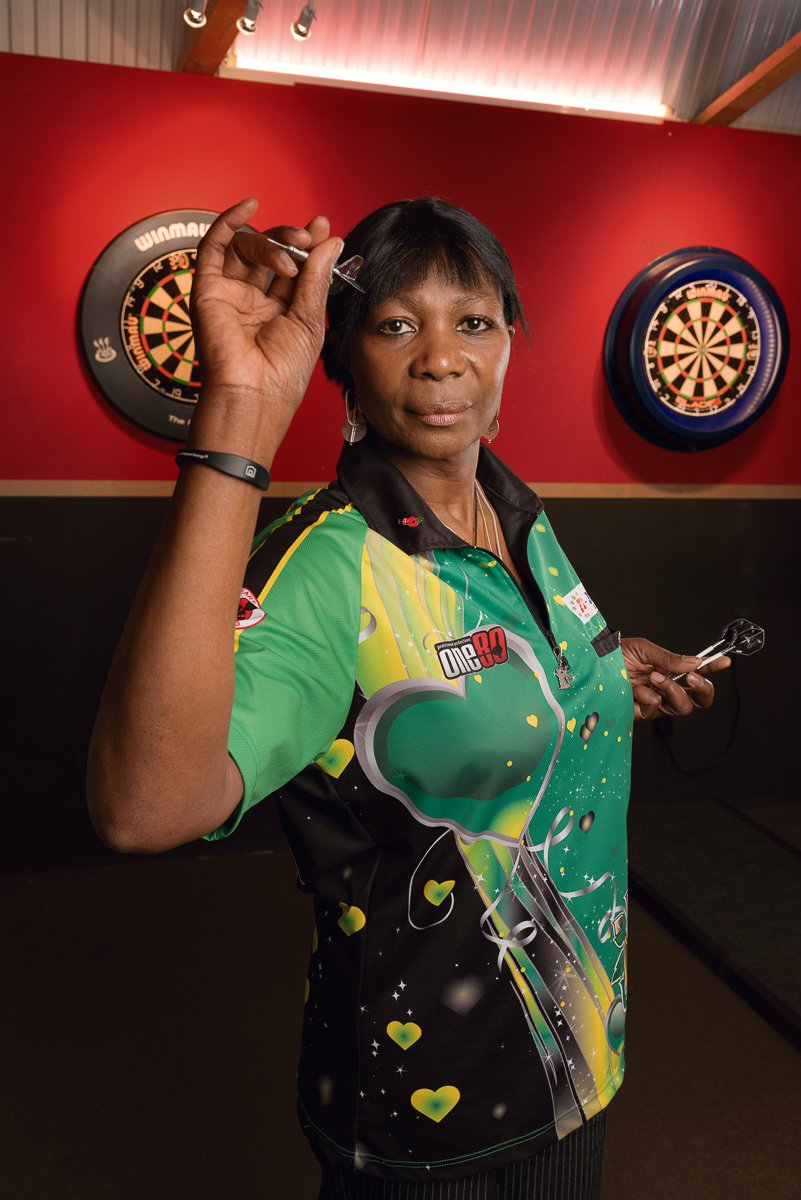