This New Grocery Store Is Completely Free for People in Need

“Take what you need, give if you can.” 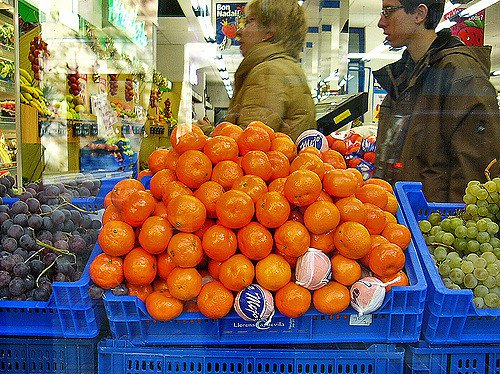 In the first of its kind, a food-rescue supermarket opens its doors in Sydney, Australia. The revolutionary food store was opened by OzHarvest, Australia’s leading food waste organisation. The food rescue operation collects surplus food from 2,000 commercial outlets and redistributes it to 900 charities.

The trial grocery store celebrates food that would otherwise be destined for the dumpster. Products include fruit and vegetables, dry goods, tins, drinks, frozen meals, bread, toiletries and more. Items may be passed their sell-by or best-before date but is still perfectly good for consumption.

Read more:Dumpster Diving Is Feeding Those at Risk in Brisbane, Australia

“We only take food that is absolutely edible. We’re … showing our consumers how insane it is that this produce has been rejected,” Ronni Kahn from OzHarvest told Broadsheet.

“All of our drivers are trained in handling, they will not accept produce if they wouldn’t eat it themselves,” she says.

All the food has either been rescued or donated by generous people. And the food doesn’t cost a thing for those who can’t afford it. The store runs on OzHarvest’s philosophy of "take what you need, give if you can." The food is there for people who are in need, donations are welcome but for those who can’t afford it they are welcome to simply take what they need and leave what they don’t for others.

The aim of the store is two-fold, aiming to reduce hunger as well as lessen the environmental impact caused by wasted food in landfill.

Read more: This is the UK's First Ever Food Waste Supermarket

See the OzHarvest Market's innovative approach to a ‘take what you need, give if you can’ model. #innovationhttps://t.co/YhqB9Lg4wU

One in six Australians have reported experiencing food insecurity in the past 12 months. Australia is also one of the biggest producers of food waste with 20% of all food consumers buy being thrown away. That’s one in give bags of groceries ending up in landfill and costs the average Australian household $1,036 per year.

“Every time we save good food, we help the planet. Every time we take that food and feed hungry people, we address social issues,” said Kahn.

There has never been a better time for this ingenious grocery store. Let’s hope it’s not only here to stay but that there will be more like it around the country.

To find out more check out: http://www.ozharvest.org/market/