Dumpster Diving Is Feeding Those at Risk in Brisbane, Australia

Food waste is repurposed to strengthen a community 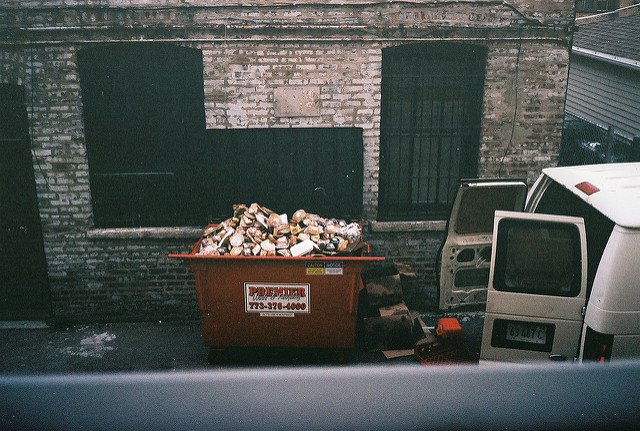 A group of dumpster divers are rescuing food thrown out by supermarkets and cooking up a storm for those who are in need of a meal, a friendly face and some human connection.

Food Not Bombs is a global movement of people protesting food wastage and reclaiming public space. As reported by the ABC, Andy Paine and a group of friends have been dumpster diving once a week for the past six years.

Proud of my friends at Food Not Bombs: Dumpster divers use food to build community in inner Brisbane https://t.co/xPpMU0P0HO via @abcnews

From just one bin they recover enough food to feed 30-40 people. They take their haul of rescued food to a community house where they transform it into vegetarian and vegan meals. The usable food is washed off, the bruised or damaged food turned into sauce and the unusable food is composted.

Once they meals are prepared, the group takes to the streets with a long serving table and invite people from the community to share the fare.

The food is not just there to feed the hungry and needy. The shared meal is also helping the lonely and isolated by bringing people together and creating a community and lasting friendships.

People like Brendon Donohue have become regulars at these meals.

"I was looking for more social interaction," he told ABC reporter Kym Agius

"As a blind person it is very hard to get out into the community and go to social places which accept all diverse people. Everyone is included here, regardless of disability. It gives me a sense of belonging in the community."

What a wonderful way to reimagine food that was destined for landfill. Sharing a meal really does bring people together. Nationwide it is estimated that Australian households throw away $8 billion of wasted food each year.

Oz Harvest and Woolworths partner up to reduce the billions of dollars of good food wasted every year http://t.co/t5F7MLVgLX

Supermarkets contribute about 25% of all food waste that is sent to landfill.

One of Australia’s major supermarkets Woolworths has re-committed to sending zero food waste to landfill by 2020. To help them reach their target, they have partnered with OzHarvest who will collect and redistribute edible food to people who need it around Australia.

We can all do our bit in reducing food waste.