Feminist icons are popping up in nearly every sector around the world, and now, on Instagram. 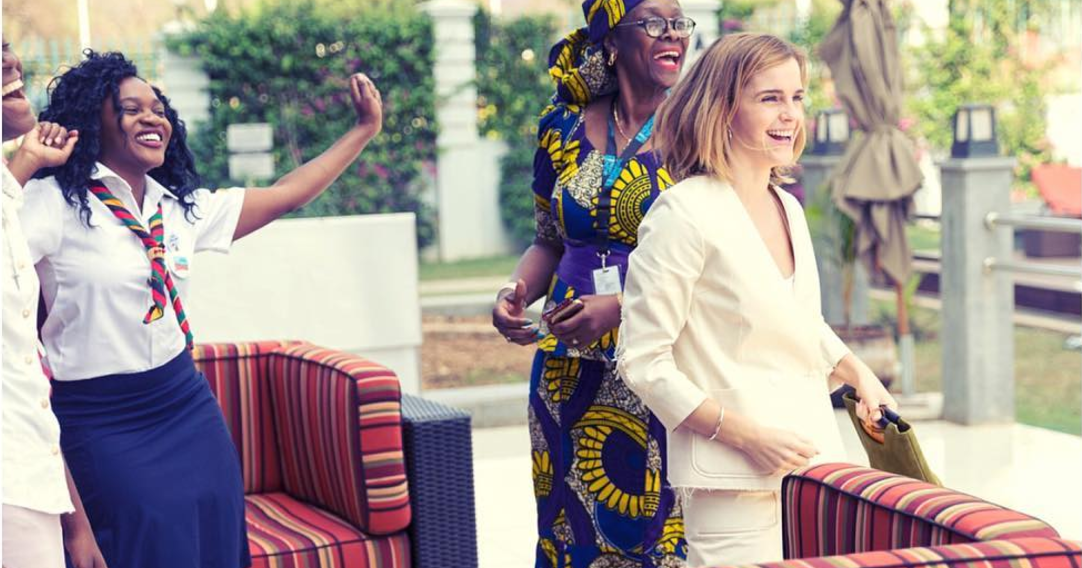 January 20, 2017, marked a new chapter in American history, and with it the rebirth of an all-encompassing feminist movement.

Washington, D.C. saw its biggest march after any inauguration in US history. In the entertainment industry, a slew of female celebrities — from Meryl Streep to Shonda Rhimes — have become increasingly vocal about women’s rights and equal pay.

Read More: The DNA of a Suffragette — Emmeline Pankhurst’s Great-Granddaughter on Why the Fight Isn’t Over

Whether they’re breaking down barriers around gender orientation or celebrating feminism, these badass ladies are making waves and taking names.

So, if you can’t make it to the streets, to the protests and rallies, here are some accounts you should follow to stay up-to-date on all things “girl power.”

Kaur is known as an “Instapoet.” She’s a Canadian feminist, poet, writer, and spoken word artist. In 2015, she published milk and honey, a book about  dealing with femininity, abuse, violence, love and loss, but Instagram remains her main platform for posting poems online.

This photo should be called "that time good lighting didn't get enough credit." No but seriously: SHOUT OUT TO EVERYONE WHO KNOWS HOW TO HOLD A BOUNCE IN THE RIGHT LOCATION BC YALL MAKE US LOOK GOOD ON THE REG AND EVERYONE ELSE TAKES CREDIT FOR YOUR WORK. @mikefolden , @griff_j, @paosanchez, @jeffreidphotography- y'all know what I'm talking about. 📸 by @nadyawasylko and her amazing team for @selfmagazine

Stanley, body-positive, queer, Black yogi who has amassed a huge following on Instagram and Tumblr for fighting the stigma around fitness. From impossible yoga poses on the beach to well-deserved cheese fries, Stanley’s pictures get people to rethink problems like body-shaming and cultural appropriation. She plans on publishing a book on her ideas —  called Every Body Yoga — this spring.

Montreal-based Latina GothShakira, otherwise known as Dre, launched a feminist-meme-focused Instagram account last year, which currently has over 52,000 followers. According to Latina.com, Dre “lives for creating memes that demonstrate the constant tension that many Latina feminists live at.” Using the likes of J Lo and Shakira, she drops some absolute zingers about sex positivity, white privilege, self-care, and growing up with an immigrant father.

💯❤💯 you do!!! Just hand painted a few of these 5.5x7in hard stock lil thangs! Check the link in my bio xoxooxoxox #amberibarreche #youglowgirlyouglow

A writer, designer, and artist hailed as “the Oprah of Instagram.” Ibarreche’s work has earned her shout-outs from fans like Lena Dunham. Coffee mugs and posters, hand-stitched hats and t-shirts drip with themes of feminism and self-love. Her most recent series raises funds for the earthquake that shook Nepal. Her biggest inspiration? Her mom.

oldie shoot in collab with @iiindiiia -a reminder to all that the @womensmarch is happening this Saturday all over the world✨✊ if you can, please join in solidarity to all marching in D.C - I will be marching in NYC because I do not, will not, can not see a future without equality. ✨#whyimarch

A Canadian photographer and artist, Collins had her “aha” moment in college when she did research on the hair-removal industry and the sexualization of young girls in popular culture. From there, she began to focus more explicitly on gender themes in all of the shows she has curated. Her dreamy photos tell the story of the modern day women’s movement. Her book, Babe, is a collection of thirty female artists and their stories? from around the world.

The patriarchy sure does make a lot of money selling products to women encouraging them to prevent their own rapes. If all those business owners put that same money into @creatingconsentculture instead of pink pepper spray, sexual assault rates would drop INSTANTLY because the only way to stop sexual assault is with education. ⭐️ FLASH SALE: get BUY ONE, GET ONE FREE with the code BOGO at ambertheactivist.com to shop my art and jewelry. Thanks for the support! Link in bio 💞☀️💞☀️💞☀️💞☀️💞☀️💞☀️💞☀️💞 #CreatingConsentCulture #feminism #rapeculture #consent #patriarchy

The founder of the “Stop Rape. Educate” campaign to “end sexual violence against women, men, and children by educating the public on rape culture, consent, and healthy boundaries,” is a self-proclaimed “divine feminist.” Intersectional feminist ideology, most often accompanied with whimsical captions and illustrations, makes up her Instagram account.

Thank you @oneyoungworld! #goal5 #heforshe #equality Black top by @behno_official. behno's mission is to redefine and bring awareness to the craft and character of “made in India”. behno aims to inspire change and improve factory conditions globally to better the quality of life and safety of individuals in the garmenting trade in developing countries. They work in partnership with international factories that adhere to rigid factory compliances. Trousers by @dior #thewomenbehindmydress #artisans #30wears Jewellery by @allbluesofficial a Stockholm based jewellery studio. Every piece is handcrafted in a local, third generation foundry using recycled 925 silver and 18ct gold. All Blues aims to create pieces of jewellery people want to collect and wear for a lifetime, independent of seasonal trends. #ecoloves fashion information in association with @ecoage

It goes without saying that every feminist can and will find solace in Emma Watson’s Instagram account. The British actress and prominent activist for women and girls lends her voice to gender equality causes and programs like HeForShe, a solidarity campaign for the advancement of women initiated by UN Women. On her account, she regularly promotes ethical, sustainable, and eco-friendly fashion and leaves followers clues to where she hides her favorite feminist books around the world.