This Is The Feminist Alternative to Coachella

But it is so much more than a musical festival. 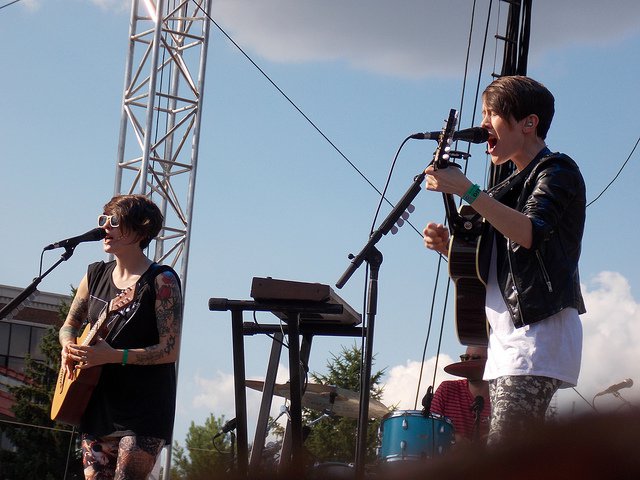 Each year in the Coachella Valley, music fans gather together for performances, panels, food trucks, and a general fun-loving atmosphere.

And they’re all women.

That’s right. The Mothership festival is the feminist answer to the better known Coachella music festival, and it’s back this year for its third annual all-women three-day music festival and retreat, open to anyone who identifies as a woman or nonbinary.

Every year the event sells out, and 2017 is expected to reach an all-time high with 600 to 800 women participating in the October festival, according to Mic.

Mothership founder Laura Wise said the festival came about after she was dismayed to find that there were no trans-inclusive all-women music festivals in California, according to Mic.

In fact, after the Michigan Womyn’s Music Festival, which was controversial due their exclusion of trans women, shut down, there did not seem to be many all-women festivals at all.

So Wise decided to create her own.

“Anyone who identifies partially, or wholly, as a woman is welcome [at Mothership],” she told Mic. “So if someone is mid-transition or they feel that in some way they identify with the spirit of [a] woman, they’re welcome there.”

Wise says that this year, in addition to female musicians and audience, nearly all the food vendors and food trucks will be owned and operated by women; and she is working on finding female maintenance workers to handle daily operations like trash removal.

With workshops ranging from yoga to 90s hip-hop, Mothership has a niche for everyone. During the day, there are programs, panels, and workshops continuously being held on the campgrounds in an effort to educate and engage women.

“Those three days are a really intense experience and these women get to know each other in a really intense way, and that leads to new art, new ideas and new activism, and I love seeing that,” says Wise.

This year amazing artists like Madame Gandhi, Halle Johnson, and Madison Paige will take the stage. Featured workshops for 2017 include Women’s Sexuality in the Media, Self Defense Classes, Feminist Tattoos, and Tips for Female Travelers.

A portion of Mothership proceeds will benefit the Tegan and Sara Foundation, an organization that works for economic justice, racial and social equality, health, and representation for LGBTQ girls and women.